NEW YORK (AP) — Richard Schuster has faced combat, cancer and addiction, and after his most recent stint in rehab, he’s come away standing every time. The 42-year-old Air Force veteran has long believed himself “bigger, tougher, faster and stronger than anything that could get me.”

For the past month in Times Square, the deafening silence of a 3-star hotel room has shaken the COVID-19 patient to the point of tears.

“This can really break somebody,” he said.

Hotels across New York City have been transformed from tourist destinations to lonely barracks for people who need a place to quarantine. Mayor Bill de Blasio said Wednesday that 1,200 rooms are available now. That will ramp up to 3,000 in the coming months.

New York is offering free stays to residents who can’t isolate where they live, both for patients and frontline workers in the epicenter of the pandemic in the United States. The program is expected to widen as the city gears up a vastly expanded effort to find people who had contact with an infected person and make sure those contacts don’t expose anyone else.

The city is renting out entire hotels so those isolating are the only guests, and it’s providing food, laundry, medical services and access to mental health professionals.

Yet there’s little to offset residents’ loneliness. Social distancing rules must still be followed — no parties in the lobby or gathering in rooms — and residents are keeping to themselves.

The solitary stay has Schuster counting the days until he can return to the addiction center for veterans where he had been living.

“It’s crippling emotionally, being in a place like this if you don’t have that emotional fortitude and strength to pick yourself up,” Schuster said.

Schuster is among about 35 people staying at the Holiday Inn Times Square. His addiction center, the Ed Thompson Recovery Program, enrolled him for the hotel stay when he developed symptoms in late April — a move Schuster supports.

It’s been a difficult stay as he’s been almost entirely alone in the weeks after COVID-19 gave him one of the greatest scares of his life.

The virus sapped Schuster of his strength and filled him with an unprecedented dread — even for a man who served in Iraq and Afghanistan, interrogated prisoners at Guantanamo Bay, beat neck cancer and survived heroin addiction stemming from post-traumatic stress disorder.

“For the first time in my life, I felt vulnerable,” he said. “It’s like nothing I’ve ever encountered.”

His symptoms have been up and down since peaking in early May. Loneliness has become the greater enemy.

The daily routine rarely changes. He wakes up and has his vitals checked, and breakfast, lunch and dinner are dropped off outside his door. Family and friends call often — a saving grace — but mostly he’s on his own, filling time with walks around Times Square, app games on his phone and countless hours watching fishing, hunting and NASCAR on television.

Schuster, a divorced father of four, has been left to stew on his most painful memories, with no interruptions when his mood begins to spiral.

“The other night, that happened to me,” he said. “Heard the wrong song, thought of an old relationship, and there we go.”

The solitude is getting to others in isolation, too, said Carmen Chinea, one of the doctors monitoring the Holiday Inn.

Chinea is a physician from Hudson River Health Care, one of the community health care centers enrolling patients in the city’s COVID-19 Hotel Program. She was assigned to the Holiday Inn in late April.

Many of the hotel’s guests don’t need daily care from a physician, yet Chinea says some relatively healthy residents ask for regular visits, just to have someone to speak with. Some are also speaking to onsite social workers.

“You don’t realize what that does to you, in just being with yourself all day,” Chinea said. “I think that kind of part of the illness is something we don’t talk about as much because we talk about the symptoms and the anxiety, but the fear and the isolation are two big parts of this illness that I think are important to be aware of.”

She estimated about half of those staying at the Holiday Inn are remaining longer than the 14-day quarantine period because they can’t go home. That list includes those concerned about infecting loved ones at home, people from group homes or shelters where conditions remain risky, and residents with roommates or landlords who refuse to let the recovered come home. Chinea said one landlord required three negative tests before allowing one tenant back in.

For those stuck at the hotel, the grind of isolation can be nearly as onerous as the virus itself.

“Until you’ve been in a situation like this, you can’t wrap your head around the silence in my hotel room,” Schuster said. “It’s deafening at times. I could just sit here with nothing, and the only noises I would hear would be the elevator as the medical staff is coming down and knocking on doors.

“That is mind-numbingly difficult to comprehend.”

Schuster was released from the Holiday Inn on Friday and returned to the Ed Thompson Veterans Program. He’s decided to pursue a career in addiction coaching and plans to remain at Ed Thompson until he’s financially stable. 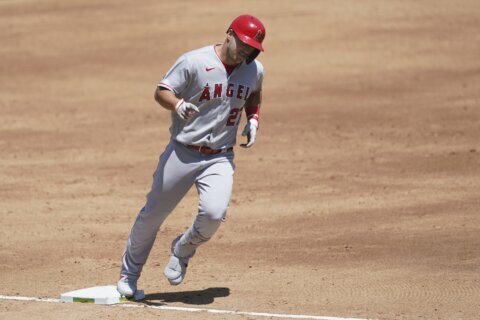 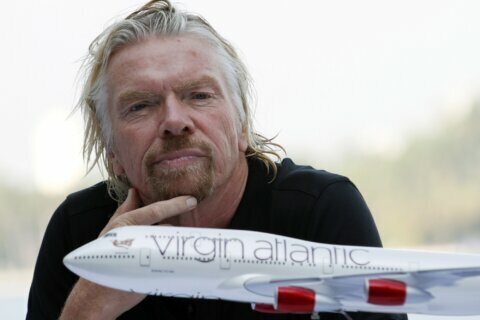 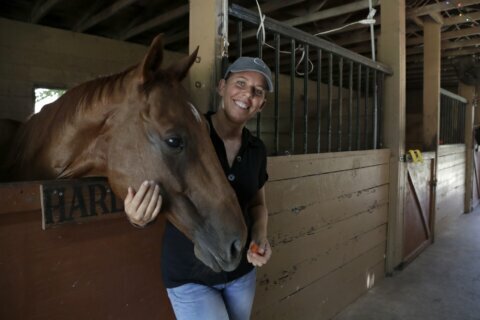