DES MOINES, Iowa (AP) — Bernie Sanders and Elizabeth Warren have spent the past year courting the Democratic Party’s base…

DES MOINES, Iowa (AP) — Bernie Sanders and Elizabeth Warren have spent the past year courting the Democratic Party’s base with appeals to the working class and sweeping promises to curb climate change. But as they balance their responsibilities to participate in the Senate’s impeachment trial and rally voters on the campaign trail, they’re turning to private air travel, an option typically reserved for the elite and criticized as environmentally unfriendly.

Sanders is expected to charter a flight to Iowa this weekend while the Senate trial is in recess. Warren hasn’t finalized her plans but is also considering private travel, and Amy Klobuchar hasn’t ruled it out. Only Michael Bennet says he’ll be flying commercial.

The senators are facing an unprecedented challenge in the final days before the Feb. 3 Iowa caucuses. At a time when they would typically barnstorm the state, they’re instead stuck in Washington as jurors in President Donald Trump’s impeachment case. The little time they have for campaigning makes commercial travel tough.

But the private planes present unique issues for Warren and Sanders. As the leading progressive voices in a crowded Democratic primary, they often criticize rivals they deem insufficiently loyal to those values. The sudden use of private travel is an example of how ideological rigidity can sometimes collide with White House aspirations.

“This is the problem of presenting your purity above your practicality,” said Democratic strategist Chris Lippincott, who has not endorsed any of the 2020 primary candidates. “When we think about certain candidates who talk a lot about the environment … you’re going to hold them to a different standard.”

Lippincott applauded the 2020 presidential hopefuls in the Senate for being willing to fly privately, if that’s what their campaigns need.

“I understand it,” he said of trying to live progressive values at all times, “but the reality is, there’s a big risk of being perceived as being an ideologue and not a problem-solver.”

Transportation emissions overall make up the largest share of U.S. climate-damaging emissions, according to the U.S. Energy Information Administration. Globally, air travel pumps out about 3% of overall emissions of climate-destroying carbon dioxide from burning fossil fuels. Surging growth of air travel in Asia and around the world means those emissions will triple by 2050, the United Nations says, and recent studies say even that figure underestimates the explosive growth of air travel and its emissions.

In March, Sanders’ campaign became the first to announce it would provide carbon offsets, donations to environmental groups meant to mitigate the environmental effects of extra emissions. Since then, it had spent about $9,000 on them through September. And during his primary challenge to Hillary Clinton in 2016, Sanders paid around $14,000 for such offsets.

His campaign is making payments to NativeEnergy, based in Burlington, Vermont, which is the same company that Clinton used for them during her presidential bid in 2016. That’s also the same firm Warren uses, with her campaign paying a little more than $10,000 to it in September.

Some climate advocates said they weren’t bothered by the private travel, especially because they view a more carbon-conscious administration as a far better result for the climate than four more years of Trump in the White House.

“If you’re a presidential candidate running to try to beat Donald Trump, who is a climate denier to his bones, and that requires you to move around the country … you should do that,” said Leah Stokes, a professor and researcher into climate and energy politics at the University of California-Santa Barbara.

“World leaders fly around in airplanes — this is the modern era,” Stokes said. They can’t just hop a speedy train to Iowa, she said.

Trump has made a similar point for the opposite reason, poking fun at Democratic environmental plans.

Sanders has pledged a $16.3 trillion environmental plan that would declare climate change a national emergency and calls for the U.S. to move to renewable energy across the economy until 2050. Warren wants to spend $3 trillion over 10 years to move the U.S. to 100% clean energy. And both are aggressive supporters of the “Green New Deal,” a sweeping plan to combat climate change.

Sanders recently suggested on “The Late Show with Stephen Colbert” that he’d consider a kind of “jet-pooling” arrangement in which he and other candidates could share private flights, saying, “Maybe we can all chip in, get one plane and come back.”

That opportunity might have presented itself last weekend since Sanders, Warren and others were campaigning in Iowa and then went to South Carolina for Martin Luther King Jr. Day celebrations and then on to Washington to be in the Senate. But they didn’t share private flights.

Sanders’ campaign says the senator’s comment to Colbert wasn’t realistic. Even if several senators were looking to decamp from Washington to Iowa quickly after the impeachment trial concludes each day, they would be headed to different parts of the state.

Tom Steyer, the billionaire hedge fund manager and environmentalist, has shunned all private plane travel and called on his fellow Democratic candidates to “walk the walk” on climate change activism by also doing so. Still, i t’s not just those candidates tethered to Washington by the impeachment trial who often opt to fly via chartered jet. Former Vice President Joe Biden spent at least $1.2 million on private flights through September, while Pete Buttigieg, the former mayor of South Bend, Indiana, had spent at least $750,000.

That was more than Sanders (at least $377,000) and Warren (at least $190,000) over the same period, though impeachment could change that. Spending data through December 2019 won’t be ready until the end of the month. Former New York Mayor Michael Bloomberg mostly flies private to campaign stops.

Buttigieg’s, Biden’s and Bloomberg’s campaigns all say they are also paying for carbon offsets.

Buttigieg faced criticism this summer for his penchant for flying private from presidential rival Beto O’Rourke, who produced an online ad filmed aboard a commercial jet proclaiming “No private planes for this campaign.” Buttigieg responded during a CNN climate change town hall by saying, “This is a very big country, and I’m running to be president of the whole country.” O’Rourke, a former Texas congressman, dropped out of the race in November.

Sanders, meanwhile, drew fire after spending nearly $300,000 on private jets in September 2018, as he crisscrossed the country campaigning for other candidates during the midterm elections.

The issue also came up in August, when Sanders traveled to Paradise, California, which had been ravaged by wildfires, to unveil his plan to fight climate change. He was unapologetic. 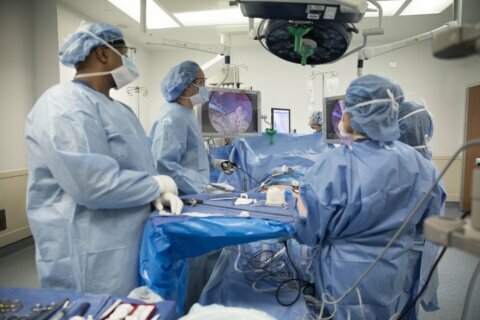 After obesity surgery, more patients returning for another 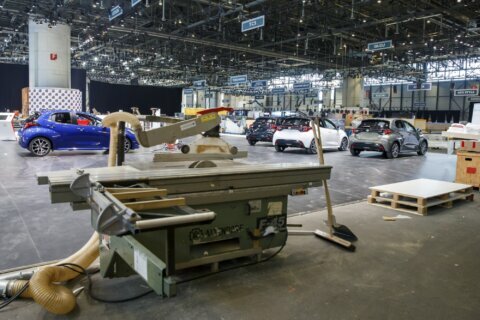