BOSTON (AP) — A long-lasting snowstorm hit much of New England at the height of the morning commute Tuesday and continued to hang around for most of the day, snarling travel and closing schools.

The wintry weather that moved into the region Sunday night brought more than 2 feet of snow to parts of upstate New York, western Massachusetts and Vermont on Tuesday, according to tallies from the National Weather Service.

Boston and other coastal communities in Massachusetts, Rhode Island and Connecticut saw less than 6 inches of snow, but its arrival just before the rush hour commute could hardly have been worse.

At one point, a jackknifed tractor-trailer blocked all southbound lanes on Interstate 95 just south of Boston, causing backups.

The Boston region’s much-maligned transit system also lived up to its reputation, with mechanical problems, power outages, and other equipment failures causing delays on multiple lines and frustrating commuters.

Leigh Franco was about an hour into her ride to her job in Cambridge when her subway train started spewing smoke and sparks before breaking down in a downtown Boston station.

The 23-year-old Melrose resident still had a few more stops, a transfer and another subway ride to look forward to. So, as passengers were being shuffled off the train and out of the station, Franco pulled out her phone to dash off an email to her colleagues.

“At this point, I’m just going to turn around and head back home,” she said. “I didn’t want to go in today anyway.”

The rest of the work week is expected to be slightly colder than normal, with temperatures in the Boston-area hovering around the mid-30 degrees, according to the National Weather Service. Parts of New England might also see light rain or even snow Friday night.

Tuesday’s snowstorm was related to the system that pummeled parts of the West and Midwest over the long Thanksgiving weekend. Duluth, Minnesota, got over 21 inches of snow, and blizzard conditions closed major highways in Wyoming and Colorado.

In New England, scores of school districts closed for a second straight day and governors urged people to work from home. Work for nonessential state employees was delayed or outright canceled in some states.

More than 100 flights were canceled and nearly 300 more delayed at Boston’s Logan Airport Tuesday morning, according to the website FlightAware.

Among those left stranded was Joanne Harvey, a 62-year-old retiree from Rockland, Massachusetts, who was looking forward to a vacation in Bonita Springs, Florida, with a travelling companion.

The two were originally scheduled to leave Tuesday morning, but had to hunker down in the airport for their flight slated to leave that night.

“With only one hour’s sleep, we’re tired,” she said. “We’ve been moving all over the place in here, trying to find a comfortable place that’s not too cold, the chairs aren’t too uncomfortable. Right now we’re in limbo.”

In New Jersey, more than 40,000 homes and businesses were without electricity Tuesday even as the storm moved out of the region.

In Lawrence, near the New Hampshire state line, firefighters freed a man’s hand from his snow blower, then helped him finish shoveling his driveway.

And in Warwick, Rhode Island, where residents were digging out from 4 inches of fresh snow, Doreen Goy worked a snowblower with a singular focus.

“I need to get to the gym,” she said as she cleared a sidewalk in front of her home. 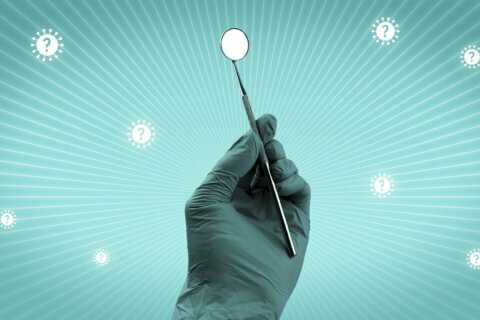 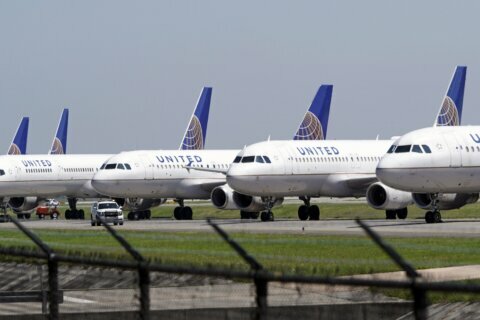 Buffett makes annual donations worth $2.9B to 5 charities