FlyNYON operated under the government’s least stringent standards “to the detriment of their customer’s safety” because it described the purpose of its flights as photography, not sightseeing, National Transportation Safety Board Chairman Robert Sumwalt said.

The company instructed employees to avoid using terms like “air tour” or “sightseeing” so it wouldn’t lose its certification under a photography exception that allowed it to fly under the same regulations as private pilots and hobbyists, investigators said.

“This is a loophole that one could fly a helicopter or drive a truck through,” NTSB Vice Chairman Bruce Landsberg said at a Washington hearing on the crash.

The Federal Aviation Administration told the board that the exemption is meant for things like newsgathering, commercial photography and film shoots — not sightseeing tours, which are subject to stringent commercial aviation standards, including FAA-approved training and maintenance programs.

Nonetheless, FlyNYON has promoted “sneaker selfies,” complete with video on its website of a passenger’s feet dangling over lower Manhattan, and it boasts of having flown more than 250,000 passengers.

The helicopter crashed into the chilly East River in March 2018 after a tether meant to keep a passenger from falling out got caught on a floor-mounted fuel shutoff switch, stopping the engine minutes into the scheduled 30-minute flight. It started to sink within seconds.

In written submissions, FlyNYON faulted the design of the Eurocopter AS350’s fuel controls and its emergency flotation system, which failed to keep the aircraft upright. Flotation system manufacturer DART Aerospace said in a submission that pilot Richard Vance likely failed to fully pull the inflation lever, leaving the devices only partially inflated.

The NTSB acknowledged those issues but put most blame for the passengers’ drowning deaths on FlyNYON and the hard-to-escape harnesses that it installed on top of federally mandated restraints.

Vance, the pilot, was wearing just a seat belt and was able to free himself, investigators said.

The passengers could have survived if not for the supplemental restraints, the board said, recommending that the FAA ban such devices until the agency can get a handle on regulating them.

“FlyNYON has done just about everything they can to skirt safety, accountability and best practices within their industry,” said Schumer, a New York Democrat. “The helicopter company has proven time and again to be reckless, brazen and a hazard high above, and even down below.”

In addition to a standard lap belt and upper body restraint, FlyNYON provided passengers with a nylon fall-protection harness — akin to something bought at Home Depot — that could be released only by cutting a tether with a provided knife or unscrewing a carabiner at their backs, investigators said.

The board also slammed the safety culture at FlyNYON, which arranged the flight, and Liberty Helicopters, the company that FlyNYON contracted with for helicopters and pilots. FlyNYON’s CEO stressed profits over safety and remarked that pilots who complained “can’t get their snowflake feelings hurt,” according to Homendy.

In a statement, FlyNYON said safety has always been its “first priority and we have made changes to our operations to help ensure an accident like this never happens again.”

FlyNYON said it now operates its own helicopters with its own pilots. Liberty declined to comment, saying the crash remains subject to active litigation.

Gary Robb, a lawyer for passenger Trevor Cadigan’s family, said in an email that the companies “recklessly represented that passengers would be able to escape from these harnesses in the event of an emergency when, in fact, they knew full well that that was false and this was a death trap!”

Video from a GoPro camera in the cabin of the helicopter shows passengers struggling to free themselves from the tight harnesses as the aircraft fills with water, investigators said.

“How do I cut this?” one passenger asks.

The FAA grounded doors-off flights after the crash, but they’ve since resumed with requirements that restraints be released with just a single action in an emergency.

FlyNYON says it now uses an FAA-approved, quick-release harness system on all doors-off flights, allowing “fast and simple exit in case of an emergency.” 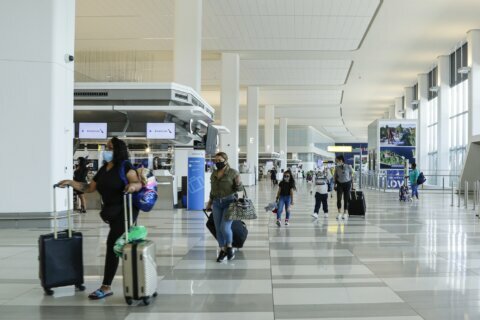 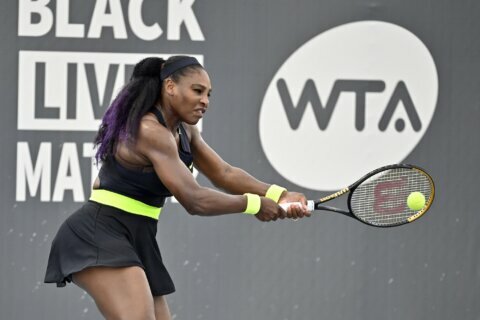 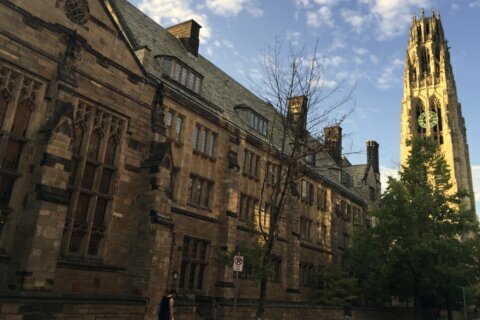