ALBUQUERQUE, N.M. (AP) — Virgin Galactic is on the verge of making more history in 2020 following an “incredible” year…

CEO George Whitesides said this year was marked by milestone after milestone. That included going public on the New York Stock Exchange in October, a move that raised $450 million for the company’s balance sheet as it prepares for commercial flights.

In the spring, Virgin Galactic announced it was moving to southern New Mexico, home of Spaceport America — the world’s first facility designed and built specifically for launching commercial passengers and payloads into suborbital space. The company is the anchor tenant of the taxpayer-financed spaceport.

Virgin Galactic now has more than 130 employees in New Mexico and another 30 are expected to relocate to the state in the coming months.

“Virgin Galactic is happening and it’s happening here,” Whitesides told a gathering of hundreds of business leaders in Albuquerque on Thursday.

He acknowledged that the road has been long and not without its challenges, adding that “now hopefully you can start enjoying the benefits of having a world-changing technology and service right here in the state.”

Virgin Galactic plans to carry paying tourists into the lower fringes of space to experience weightlessness and view the Earth far below, but its spaceships also are designed to carry experiments that require several minutes of microgravity. It already has a contract with the Italian air force for a mission that would involve three payload specialists tending to experiments while the craft is in space.

Virgin Galactic has conducted successful test flights of its winged rocket ship at Mojave, California. The cabin of the craft is currently being outfitted for commercial operations and once it’s brought to its new home at the spaceport, officials say more test flights will be in order.

Whitesides said Thursday he expects the craft to arrive in New Mexico soon.

Virgin Galactic has not announced a specific date for beginning commercial flights, but it’s expected that 2020 will finally be the year. The idea was first hatched by Branson and former Gov. Bill Richardson some 15 years ago.

Virgin Galactic crews have reached space twice on test flights, and the company earlier this year moved staff from its development and production site in Mojave to Spaceport America to begin commercial launches. The company debuted its astronaut lounge and mission control at the spaceport earlier this year, and Whitesides reiterated Thursday that the facility is operationally ready.

Whitesides also touted a $20 million investment in Virgin Galactic by Boeing. Officials have said the partnership is aimed at driving technological advancements that will eventually lead to a fleet of vehicles capable of rapid intercontinental travel. He said such a high-speed option would usher in a new era for the world.

More than 600 customers from 60 countries have put down deposits for flights with Virgin Galactic and over the last year, more than 3,500 people have registered their desire to fly. Virgin Galactic officials expects that interest will surpass the company’s capacity for flights at least through 2023. 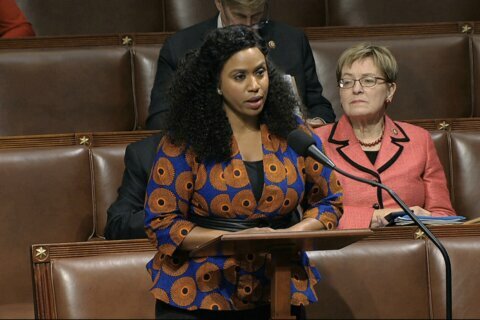