WILMINGTON, Del. (AP) — Laura Najemy’s first memory of embroidery was in kindergarten when, in an attempt to practice the stitches her grandmother had just taught her, she accidentally stitched the fabric onto her pants.

Her grandmother, 85-year-old Minodora Boriga, thought it was the funniest thing, and despite that rocky start, Najemy continued to learn and practice her craft.

Najemy is now joining 100 other embroidery artists to complete an unfinished quilt that 99-year-old Rita Smith left behind when she died last year. The quilt’s theme is the United States.

Najemy will represent Delaware in the endeavor that has caught the imagination of many, partly through stories in The Washington Post and on the Huffington Post.

A woman, Shannon Downey, bought the unfinished quilt at an estate sale and then solicited help online to finish it. Downey chose the 100 people who are making squares representing each state in the country.

The project holds a special place in Najemy’s heart because Rita reminds her of her own grandmother. She is also excited to be able to represent Delaware, a state that she only moved to six years ago after living in New York and Romania.

Najemy, 36, was born and raised in Sibiu, Romania.

The tradition is one that is well respected in Romania, a country that has distinct folk costumes and styles. Najemy’s grandmother made it a point to teach her not only how to cross-stitch but also how to knit, weave, embroider and more.

“Certainly during stressful times I’ve always gone back to that because it is an incredible mindfulness practice,” she said. “It really relaxes the mind.”

Najemy, a lawyer, and her husband Alex moved to Delaware six years ago, a state she celebrates for giving them an opportunity to start a family, have great jobs and find an affordable house. She works at the state agency.

The couple has a 5-year-old daughter named Sophia and a 1-year-old son named Luke. Sophia is already following in her mother’s footsteps and is learning to do some basic embroidery.

Her mom says right now it is mostly squiggles.

“She has a lot of fun doing them with me,” Najemy said.

She plans to also teach her son.

“Both of them will go to college knowing how to mend a torn jean or sew on a button. That’s the minimum,” she said.

Najemy said that as she gets deeper into the online community through this project and her love of textile arts, she’s noticed that there is a generational gap among embroiderers.

The main group focused on the craft is made up of older women, usually grandmothers. The next largest is the younger generation.

Najemy believes that while it may seem like fewer people are taking up the art, there is a pendulum affect in motion with younger people.

She said the project to finish Rita’s quilt has allowed her to connect with other like-minded people. They plan to see if they can continue similar projects.

Her contribution to the Rita Smith quilt — which features Delaware’s famous blue hen — should be done within the week.

Although she was born in Romania, she says she feels like a true Delawarean because of the hospitality of everyone from her neighbors to the teachers at her daughter’s school.

“I love representing a state that has adopted us,” she said. 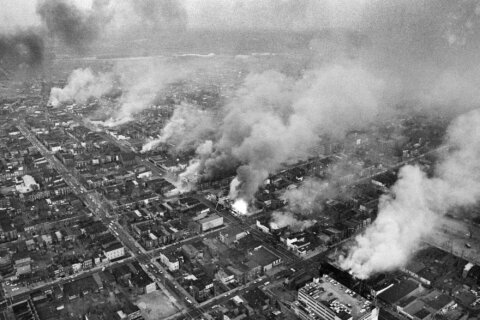 History, right now: Echoes of 1968, and other American years 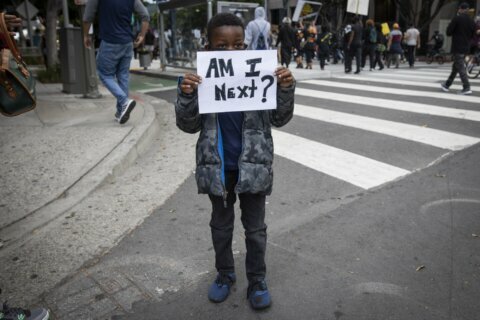 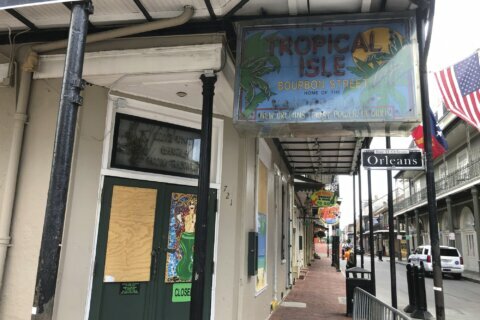