‘A campaign of slander’: Takeaways from impeachment witness

WASHINGTON (AP) — A senior State Department official offered some of the most pointed testimony to date in the ongoing impeachment inquiry, alleging that President Donald Trump’s personal attorney Rudy Giuliani led a “campaign of slander” against the U.S. ambassador to Ukraine, according to an interview transcript released by House investigators Thursday.

Kent, a 27-year veteran of the foreign service, detailed his concerns to the House panel about how he felt Giuliani usurped the State Department on Ukraine policy and turned to a questionable former Ukraine politician to make the case for an investigation of the Bidens.

Here are a few of the key takeaways from his testimony:

Kent said that he was told by William Taylor, the top official in Ukraine, that he had been told that Trump “wanted nothing less than President Zelenskiy to go to (the) microphone and say investigations, Biden, and Clinton.”

He said Taylor had been told that by White House aide Tim Morrison, who had talked to Gordon Sondland, Trump’s European Union ambassador. Sondland had a direct line to Trump.

Kent said that “Clinton” was a shorthand for investigating the 2016 election.

By mid-March of 2019, Kent told investigators Giuliani had become “almost unmissable” as he began a concerted push on Twitter and in media interviews to undermine the U.S. Ambassador to Ukraine Marie Yovanovitch.

In a May interview, Giuliani had said that the ambassador was recalled because she wasn’t sufficiently loyal to the president.

Kent told House investigators that Giuliani “had been carrying on a campaign for several months full of lies and incorrect information about Ambassador Yovanovitch, so this was a continuation of his campaign of lies.”

“I believe that Mr. Giuliani, as a U.S. citizen, has First Amendment rights to say whatever he wants, but he’s a private citizen,” Kent said. “His assertions and allegations against former Ambassador Yovanovitch were without basis, untrue, period.”

At one point, Kent recalled that Sondland suggested that Yovanovitch do a video or tweet expressing support for the president’s foreign policy, “essentially asking her to defend herself as opposed to having the State Department defend her.”

Yovanovitch told impeachment investigators that Trump had ordered her removal. She is set to testify publicly next week.

Kent said he had voiced concerns to Biden’s office about Hunter Biden being on the board of Burisma Holdings, a Ukraine energy firm, after learning of his role in February 2015. The vice president’s son was paid $50,000 per month to serve on the board.

“The message that I recall hearing back (then) was that the Vice President’s son Beau was dying of cancer and that there was no further bandwidth to deal with family related issues at that time,” Kent said.

He said there were other priorities for the embassy, such as Russia’s invasion of Ukraine and the burgeoning numbers of U.S. personnel, that took priority. Asked whether there had been any discussion of getting Hunter Biden off the board, or removing Ukraine from the vice president’s portfolio, Kent said there wasn’t.

Trump has claimed without evidence that Biden as vice president pushed Ukraine’s president at the time, Petro Poroshenko, to fire the nation’s chief prosecutor Viktor Shokin, because he was investigating Burisma. Biden and other other European allies pressed for Shokin’s firing because he was not doing enough to battle endemic corruption in Ukraine.

Kent testified that there was “a broad-based consensus” at the time that Shokin was wasting U. S. taxpayer dollars and preventing reform.

GIULIANI’S PUSH FOR A SHOKIN VISA

Kent said that in January, Giuliani had pressed the State Department to help Shokin obtain a visa, so he could travel to the U.S. “to share information suggesting that there was corruption at the U.S. embassy.”

“Knowing Mr. Shokin, I had full faith that it was bunch of hooey, and he was looking to basically engage in a con game out of revenge because he’d lost his job,” Kent testified.

When the State Department was unwilling to help, Giuliani reached out the White House. Trump’s Deputy Chief of Staff Rob Blair called to inquire about the visa situation.

“We laid out enough frank detail about U.5. Government engagement and assessment of Mr. Shokin. And Mr. Blair said, thank you very much, I ‘ve heard enough,” Kent recalled. “He identified his role at that point to ground truth the situation and look out after the interest of the office of the President. And I took from his response to us that he’d heard what he needed.”

The visa to Shokin was not granted. 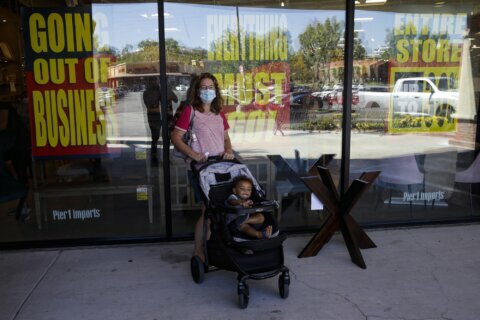 California takes step back from reopening amid virus surge 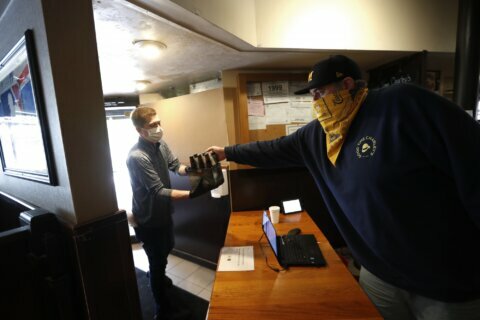 US signals it will resist freeing detained migrant families