When Joseph Kibbe attended the first Boise Pride Festival in 1989, he and about two dozen other participants wore paper bags over their heads to hide their faces from potentially violent onlookers.
Listen now to WTOP News WTOP.com | Alexa | Google Home | WTOP App | 103.5 FM
(1/12) 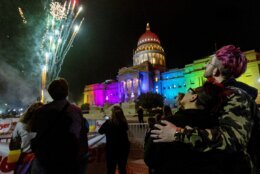 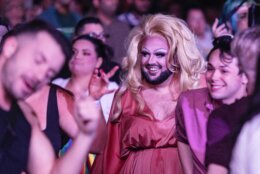 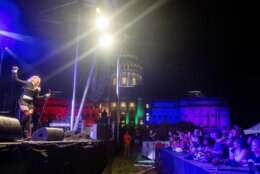 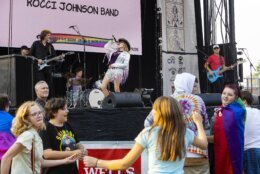 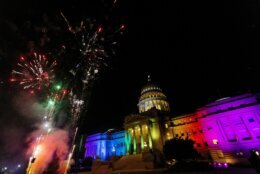 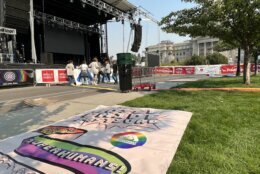 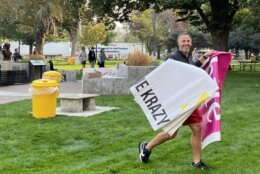 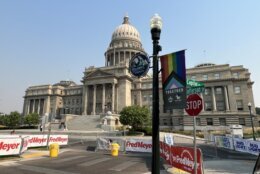 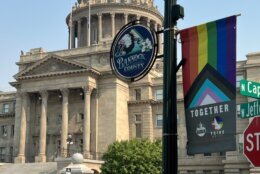 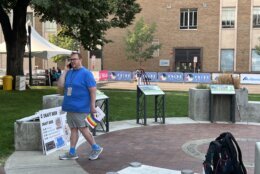 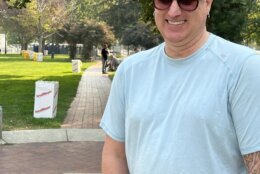 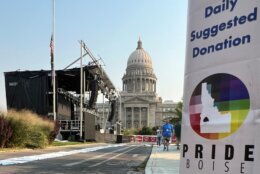 BOISE, Idaho (AP) — When Joseph Kibbe attended the first Boise Pride Festival in 1989, he and about two dozen other participants wore paper bags over their heads to hide their faces from potentially violent onlookers.

At the first festival parade two years later, Kibbe and his friends were greeted by protesters with nooses in front of the Statehouse.

“Boise was a very different place back then — it was not a safe time to be LGBTQIA,” he said.

Still, for Kibbe — then a junior high student who faced frequent beatings at school, now the vice principal of the Boise Pride Festival board — the event was the one place where he felt like part of a community.

“I could come and be who I wanted to be here, who I actually was,” Kibbe said on Friday, just a few hours before this year’s festival was set to begin. “That was a huge morale booster, and why I’m so passionate about what we’re doing today.”

But this year, a roughly half-hour program on the three-day-long festival schedule called “Drag Kids” has prompted a wave of political pressure and anonymous threats.

Festival organizers envisioned a short performance where kids could put on sparkly dresses and lip-sync to songs like Kelly Clarkson’s “People Like Us” on stage. But others, including Idaho Republican Party Chairwoman Dorothy Moon, expected a lurid scene where children would “engage in sexual performances with adult entertainers.”

“The sexualization of children is wrong, full stop,” the Idaho GOP wrote on Twitter. “Idaho rejects the imposition of adult sexuality & adult sexual appetites on children.”

Moon and the Idaho GOP sent out statements directing constituents to ask the festival’s corporate sponsors to pull support. A few did, at least partly — removing their logos from festival fencing and canceling plans for booths. The Idaho Department of Health and Welfare announced it was pulling $38,000 in funding along with resources focused on tobacco-cessation and HIV/AIDS prevention.

A conservative pastor from California began rallying like-minded congregations, asking members to tell the Ada County Sheriff to arrest any festival organizer who “contributes to the delinquency of minors.” A group known for armed protests told followers to show up Sunday.

Others, though, rallied to support Boise Pride. Four Democratic state lawmakers pledged their own financial support, and released a joint statement criticizing what they called “the false, dangerous claims from Idaho GOP Chair Dorothy Moon that stoke violence.” New business sponsors stepped up to fill vacancies.

But the political maelstrom was growing more intense by the hour, and five kids were stuck in the middle. Riley Burrows, a full-time drag entertainer from Boise who was co-producing the Drag Kids event, began getting death threats on social media.

“It’s: ‘We’re going to show up at this festival,’ ‘We’re coming after you,’ ‘I hope you know you have a target on your back,’ and ‘You’re going to be found in a tree,'” Burrows said. “It’s gotten so repetitive.”

On Thursday afternoon, festival organizers made the decision to postpone the kids’ performance.

“We wanted to ask these kids first and foremost, because it affects them, and their confidence and their lives. And they still wanted to do it,” Dale said, fighting back tears. “But it came to be an issue of their health, their wellbeing, and that of the festival-goers.”

Anti-LGBTQ rhetoric has been increasing in Idaho and around the U.S. in recent months, and earlier this year 31 members of a white supremacist group were arrested outside of a northern Idaho Pride event for allegedly planning to riot. The Boise Pride organizers have been working with Boise Police to boost security since the northern Idaho arrests in June.

None of the five young performers are new to drag shows. The youngest is 10, and was inspired by watching her mom get ready to perform.

“She really wanted to copy me and just do the makeup and have fun with it,” said Harley Innocent, who goes by her stage name. Innocent is one of many cisgender women who participate in drag, sometimes referred to as “AFAB” or “Assigned Female At Birth Queens.”

Her daughter’s first performance was in 2019, in the rural Idaho town of Emmett. She loved it, Innocent said.

“She was really looking forward to being able to do it on the Pride main stage — it was a big opportunity for her to share her talent.”

Innocent says her daughter does a “porcelain doll” makeup look, wears a wig and chooses a song that fits her mood.

It’s similar to a glitzy beauty pageant, Innocent said, but more laid back. “In drag you don’t have to be perfect. We’re just trying to have fun and welcome them to this art form.”

Burrows, the Drag Kids co-producer, said the kids are just having fun on stage in pretty outfits.

“It’s like if you were to send your kid to a school of dance, and the performance theme was rainbows — big tutus, bows and fun hair.”

That’s different from an adult drag show, which can have heavier themes, more revealing costumes and be geared toward more mature audiences, Burrows said: “It’s like the difference between a kid’s TV show and an adult TV show.”

Youth performances can give kids a sense of belonging, he said, adding that “it’s not scary to be gay when you’re surrounded by love and acceptance.”

There’s a lot more support available for LGBTQ kids today, said Kibbe, but it was still heartbreaking to tell them the event was being postponed until organizers could find a safer, more supportive venue.

“The actions of whatever small minority group don’t reflect how the majority of people feel, but we haven’t figured out how to counterbalance that yet,” Kibbe said. “The kids that were going to be performing in that show, they were literally just trying to let others know, ‘Hey, you’re OK, this is what a supportive parent looks like, this is what a friend looks like.’” 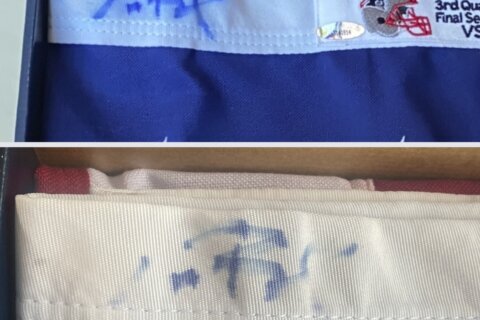 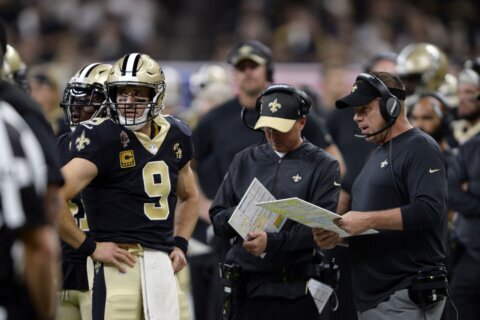