ANCHORAGE, Alaska (AP) — Former President Jimmy Carter on Monday took the unusual step of weighing in on a court case involving his landmark conservation act and a remote refuge in Alaska.

Carter filed an amicus brief in the longstanding legal dispute over efforts to build a road through the refuge, worried that a recent ruling in favor of a proposed land exchange aimed at building a road through the Izembek National Wildlife Refuge goes beyond this one case and could allow millions of acres to be opened for “adverse development.”

Residents in the community of King Cove want to exchange land to build a gravel road through the refuge to provide access to an all-weather airport in nearby Cold Bay for medical transports.

Carter in 1980 signed the Alaska National Interest Lands Conservation Act, which established 162,500 square miles (420,873 square kilometers) of national park lands in Alaska. The act, he said, struck a “careful and lasting balance” between development and protection.

In 2013, then-Interior Secretary Sally Jewell rejected a land exchange. Environmental groups oppose a road for the precedent it would set and for the potential harm to brown bear, caribou, salmon and seabird habitat.

In March, a three-judge panel of the 9th U.S. Circuit Court of Appeals reversed Sedwick’s decision. Earlier this month, Trustees for Alaska, representing environmental interests, asked that a larger group of judges on the appeals court review the case, and Carter’s brief supports that request. The current Interior secretary, Deb Haaland, visited the refuge and King Cove last month but did not announce any position on a land exchange.

Carter said the divided panel decision does not reflect the balance between development and protection.

“It is overbroad and permits the Secretary of Interior to undo Congressionally designated Wilderness and other conservation lands. Unless reversed, it would open tens of millions of acres of public lands for adverse development,” Carter wrote in a statement.

He asked the court to review the decision “and to defend the unrivaled wilderness in the national public lands of Alaska.”

Opponents say the decision by the panel, if allowed to stand, would allow future Interior secretaries to wheel-and-deal national interest lands in Alaska as they see fit.

“And once (national interest) lands are developed, how do you get that back?” said Peter Van Tuyn of Anchorage, one of three lawyers who represents Carter on the filing.

“It’s not like a future secretary can undo anything. It’s a one-way valve there, and it’s extremely dangerous to the integrity of all of those lands,” he said.

Deborah Williams, a former special assistant to the secretary of the Interior under President Bill Clinton, said Congress made clear in the legislation that it had two purposes: conservation and the protection of subsistence.

“The split panel decision would allow the secretary, without any public process or without compliance with any other laws, to engage in a backroom land exchange,” Williams said.

“In order to trade away crucial lands in any of the areas protected by (the act) for development purposes, this, without question, is not what Congress intended, and this is not what the legislation clearly provides,” she said.

An Interior Department spokesperson did not have any comment. 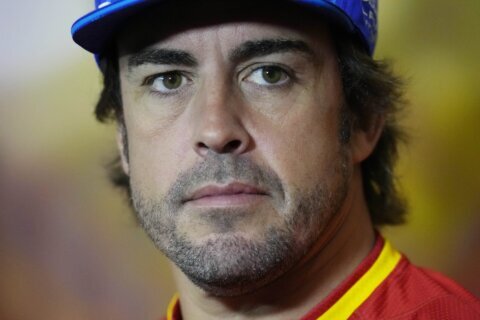