RICHMOND, Calif. (AP) — The nation’s oldest active park ranger is hanging up her Smokey hat at the age of 100.

Soskin “spent her last day providing an interpretive program to the public and visiting with coworkers,” a Park Service statement said.

She led tours at the park and museum honoring the women who worked in factories during wartime and shared her own experience as a Black woman during the conflict. She worked for the U.S. Air Force in 1942 but quit after learning that “she was employed only because her superiors believed she was white,” according to a Park Service biography.

“Being a primary source in the sharing of that history – my history – and giving shape to a new national park has been exciting and fulfilling,” Soskin said in the Park Service statement. “It has proven to bring meaning to my final years.”

Soskin won a temporary Park Service position at the age of 84 and became a permanent Park Service employee in 2011. She celebrated her 100th birthday last September.

“Betty has made a profound impact on the National Park Service and the way we carry out our mission,” Director Chuck Sams said. “Her efforts remind us that we must seek out and give space for all perspectives so that we can tell a more full and inclusive history of our nation.”

Soskin was born Betty Charbonnet in Detroit in 1921 but recalled surviving the devastating Great Mississippi Flood of 1927 while living with her Creole family in New Orleans, according to the Park Service biography.

Her family then moved to Oakland, California, and Soskin remained in the San Francisco Bay Area, where in 1945 she and her first husband founded one of the first Black-owned record stores in the area, the biography said.

She also was a civil rights activist and took part in meetings to develop a general management plan for the Home Front park. She has received several honors.

She was named California Woman of the Year in 1995.

In 2015, Soskin received a presidential coin from President Barack Obama after she lit the National Christmas tree at the White House.

In June 2016, she was awakened in her home by a robber who punched her repeatedly in the face, dragged her out of her bedroom and beat her before making off with the coin and other items. Soskin, then 94, recovered and returned to work just weeks after the attack. The coin was replaced.

Soskin also was honored with entry into the Congressional Record. Glamour Magazine named her woman of the year in 2018. 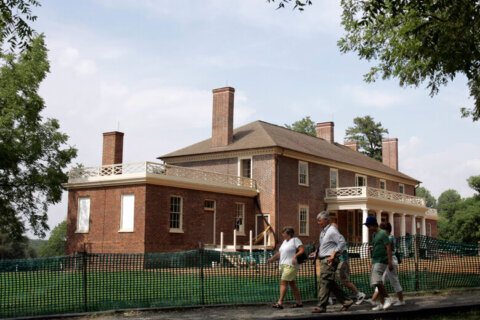