The NFL is highlighting its Inspire Change social justice initiative in stadiums and during game broadcasts during the final two weeks of the regular season.

Video content will be used to amplify the impactful social justice work done by NFL players, clubs, league, and social justice grant partners to break down barriers to opportunity and end systemic racism.

“The grants continue to allow the NFL and the players to really continue serving in the communities they either come from or currently live in and the grassroots organizations that are doing the work on the ground,” Arizona Cardinals offensive lineman Kelvin Beachum said on the AP Pro Football Podcast. “It’s been a joy of mine to be a part of some of these meetings and be able to look at the applications that we get every year and that we get to review. And it’s been an honor just to be able to make grants to organizations that we know are making an impact.

“One thing that I love about this community is it’s very data-driven. So we’re looking at the data that’s being provided by these organizations, by the grantees working in collaboration with NFL Foundation to make sure that where we’re putting funds is making the impact that we all desire.”

“It’s always cool to have an owner say: ’What do the players think? What do the players want?’” Beachum said. “I think that’s a vote of confidence to be able to have an owner really put the onus back on the players to be able to step aside or help decide or lead the charge of deciding where these grants get to go. And then being able to have the data to suggest why the grant is going there. … It’s a very fluid and very thoughtful group of folks from both the NFL and players who decide on where these grants get to go. But it’s a team effort.”

The NFL has now provided more than $180 million to 37 national grant partners and hundreds of grassroot organizations nationwide as part of Inspire Change.

“This is a huge milestone for us and a testament to the generosity of the clubs and team owners as they’ve really come together with the league to get behind the $250 million dollar, 10-year commitment that was made to combat social injustices and systemic racism,” said Anna Isaacson, NFL Senior Vice President of social responsibility. “We are more than halfway to this commitment and at the pace we’re on, I am confident that we will exceed this goal, as we are fully committed to this work and doing our part.”

Jeff Ulbrich used to play on defenses that tried to stop Tom Brady. Now he’s drawing up game plans against the ageless quarterback.

Ulbrich is the defensive coordinator of the New York Jets, who’ll take on Brady and the Tampa Bay Buccaneers at home Sunday. The matchup between the 44-year-old Brady and 22-year-old Jets rookie Zach Wilson marks the largest age gap between starting quarterbacks since at least 1950.

Ulbrich is the same age as Brady and, get this, was part of the same NFL draft class. Ulbrich was a third-round pick of San Francisco in 2000, while Brady went in the sixth round to New England.

“My claim to fame is that I was drafted before him,” Ulbrich said. “That’s my one thing I’ve done better than him.”

Ulbrich was a linebacker and special teams ace who played 10 solid NFL seasons with the 49ers before beginning his coaching career in 2010.

“Yeah, it’s extremely frustrating, you know?” Ulbrich joked. “Every time I throw on the tape when I have to plan, I’m anticipating and hoping that there’s going to be some sort of, you know, he’s falling off and his skill is declining and it’s not at all. Which, it’s astounding.”

The seven-time Super Bowl champion leads the NFL in several passing categories, including yards (4,580) and touchdowns (37).

There’s also this: Brady is older than even the head coach on the other sideline this weekend, the Jets’ 42-year-old Robert Saleh.

“I’m going to ask him what water he drinks,” Saleh said with a big smile. “I want to ask him a lot of questions about health because I need to get out of bed, probably at the ease at which he does. … He’s an absolute stud and no question the greatest that’s ever played the position.

“Anyone who questions it, just look at the amount of rings he has. It’s going to be fun.”

John Madden’s death Tuesday rippled across the NFL, with people across the league remembering him for what he contributed to the coaching, broadcasting and video game worlds.

Patriots coach Bill Belichick spent more than five minutes the day after Madden’s death was announced recalling how the Pro Football Hall of Famer inspired and influenced his coaching career.

It included picking up nuances from his coaching style and reverence for how he made key games Belichick coached in with the Giants and Patriots come alive.

But it turns out, Belichick even had experience with the video game version of Madden as well.

“I know when my kids were growing up, they would play it,” he said. “I’d watch them and they’d beat me.”

Minnesota Vikings backup offensive lineman Dakota Dozier had to be hospitalized for three days earlier this season after getting COVID-19 and pneumonia-like complications arose.

The first days of symptoms were mild, but breathing trouble developed. The oximeter the Dozier family has at the house for his daughter who has had respiratory issues showed him he needed immediate medical attention.

“I checked mine, and it was like 82. You’re not really supposed to go below 90, so that really kind of freaked me out a little bit,” Dozier said. “Thankful for the care I had.”

The first two weeks back at the team facility were tough, even though he only missed 10 days.

“Especially running, it felt like I had been off for two months,” Dozier said. “So it just took a while to get the conditioning back in, but the strength staff and the training team did a really good job of helping me figure out how to take one step at a time and get back to being in good playing shape.”

The forecast in Green Bay calls for a high temperature of 12 degrees and a low of zero Sunday when the Packers face the Vikings in a night game at Lambeau Field.

That’s the type of game built for Green Bay’s A.J. Dillon, a 6-foot, 247-pound running back who got accustomed to playing in cold weather first at Lawrence Academy in Groton, Massachusetts, and later at Boston College.

Dillon recalled playing a high school game in windy single-digit temperatures without the benefit of heated benches or coats on the sideline. He also remembered playing on a frozen field when Boston College lost 27-20 to Iowa in the Pinstripe Bowl his freshman season.

“We played at Yankee Stadium and they don’t have heaters underneath their field because it’s a baseball field and they normally don’t play that late — or never do play in December — and man, we were skating out there,” Dillon said. “Half the team had their gym shoes. Some people had cleats, some people had molded (cleats).

“I looked like a guy in Scooby-Doo running away from a monster (and) just not going anywhere.”

Dillon had a career-high 124 yards rushing in the snow at Lambeau Field when the Packers beat the Tennessee Titans 40-14 last season. That said, there’s no snow in Sunday’s forecast. Just bitter cold.

The NFL Referees Association has ratified a labor agreement for replay officials. Negotiations stretched over eight months and focused on compensation and benefits previously not provided to replay officials.

“This one took a lot of time and effort, and we couldn’t have gotten it done without the input of replay officials Mike Chase, Paul Weidner and Roddy Ames, and, of course, the legal guidance provided by Mike Arnold,” NFLRA Executive Director Scott Green said.

“I want to compliment all of the replay officials for their dedication to continue working through most of this season without a CBA,” added NFLRA President Carl Paganelli. “The final agreement recognizes the contributions and key role that replay officials provide on each and every play.” 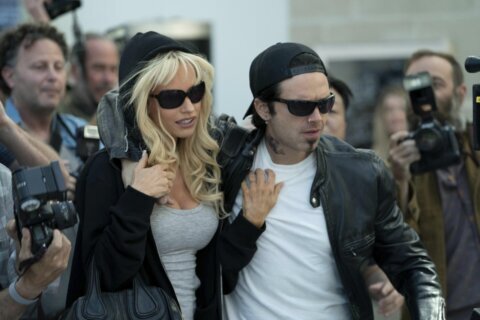 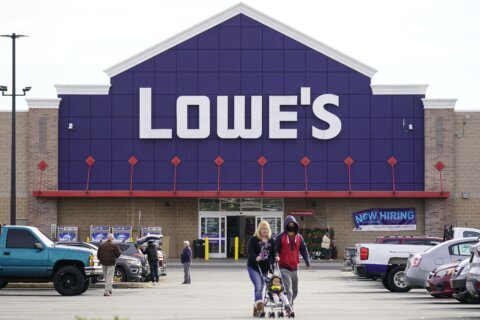 Lowe’s teams up with Petco to offer pet supplies, services 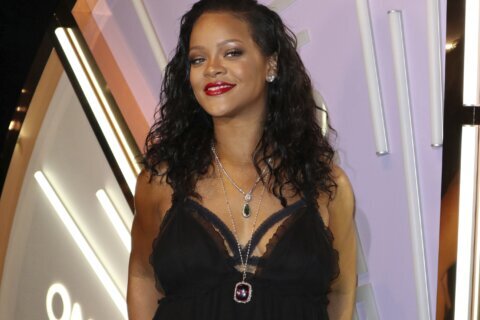