EXPLAINER: Why Rodgers and Packers were handed COVID fines

The Green Bay Packers were fined $300,000 and quarterback Aaron Rodgers and receiver Allen Lazard were fined $14,650 by the NFL for violating the league’s COVID-19 protocols.

Here’s an explanation of the NFL’s disciplinary procedures and guidelines in the COVID-19 protocols.

HOW IS THE PUNISHMENT FOR BREAKING COVID-19 PROTOCOLS DETERMINED?

The NFL, the NFL Players Association and their medical directors and independent infectious disease experts put together the protocols. The discipline for violating them was negotiated, with the league and union reaching agreement on specific fines for players. The NFL determines fines for franchises in violation of the protocols.

WHAT ARE THE PARAMETERS FOR DISCIPLINING PLAYERS?

They are broken down in several categories.

For any player who fails or refuses to fully cooperate with an investigation led by the NFL and/or NFLPA regarding compliance: one week’s salary up to $50,000. And for refusal to submit to required virus testing: $50,000.

For refusal to wear a tracking device when required: $14,650.

An unvaccinated player gathering in any number for any reason with other players and/or members of the club’s staff at a time when the team is “shut down” due to a COVID-19 outbreak is a $50,000 fine.

For any player who is not fully vaccinated, the $14,650 fine applies to:

— Gathering outside of the club facility or team travel in groups of more than three players or other individuals.

— Engaging in in-person meetings, practices and/or training activities outside of club facilities with other players and/or staff.

— House gatherings of more than 15 people without the player and all guests wearing masks or PPE, or where social distancing for the more than fifteen people is impossible.

— Attending an indoor music concert/entertainment event. And attending a professional sporting event (other than applicable NFL games or events; or unless the player is seated in a separate section, such as a suite or owner’s box, is wearing PPE and there are no more than 10 people in that separate section).

— Attending an event that is prohibited by state and/or local regulation or other executive orders or laws implemented due to COVID-19.

— Refusal to wear a mask or PPE; and/or maintain physical distancing in club facilities or during travel.

WHICH OF THESE DID RODGERS AND LAZARD VIOLATE?

The NFL was not specific on that, but Rodgers had been seen without a mask at the Packers’ facility, particularly during news conferences.

Rodgers, who in August said he was “immunized” against COVID-19, said Tuesday: “I made some comments that people might have felt were misleading. To anybody who felt misled by those comments, I take full responsibility for those comments.”

Rodgers said Friday that he sought alternative treatments rather than the NFL-endorsed vaccinations because he is allergic to an ingredient in the Moderna and Pfizer vaccines. He didn’t specify the ingredient.

WHAT IF A PLAYER DOESN’T COOPERATE WITH A LEAGUE OR TEAM INVESTIGATION?

The NFL may impose discipline on such players or ones who knowingly provide misleading or incomplete information during a contact tracing interview. The maximum fine amount is for one week’s game check up to $50,000 for a first offense. But there could be subsequent discipline for further offenses.

CAN A PLAYER APPEAL ANY DISCIPLINARY ACTION?

Yes — based upon the absence of just cause; whether the player actually was engaged in such conduct; whether the punishment imposed by the NFL was warranted for that conduct; and a variety of other allowable bases.

Rodgers appealed the decision to not accept his treatments as equal to a vaccination but lost the appeal. He has not yet appealed Tuesday’s fine and has not indicated he will do so.

WHAT WOULD BE THE DISCIPLINE FOR REPEAT OFFENDERS?

Repeat violations would subject players to increased discipline, including for conduct detrimental to the game. A maximum fine of one week’s salary and/or suspension without pay for four weeks or less would be imposed.

WHY ARE TEAMS PUNISHED?

Players also must inform the team if they are vaccinated, and those who are not must adhere to specific protocols for them. The NFL found that the Packers did not handle these situations properly.

COULD GREEN BAY LOSE DRAFT CHOICES FOR THESE VIOLATIONS?

Yes, but it is unlikely. After several teams were discovered to have violated protocols in 2020 — leading to COVID-19 outbreaks and, at times, schedule adjustments — only one, New Orleans, was stripped of a 2022 sixth-round pick. The Saints were sanctioned by the league for inconsistent cooperation. The Packers have not been cited for that. 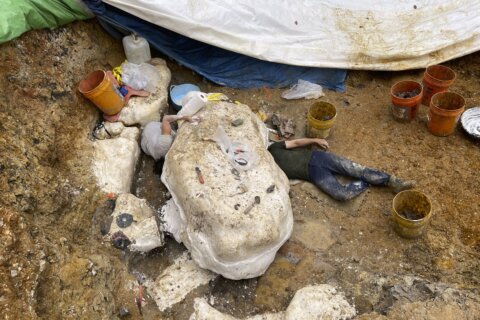