SHEBOYGAN, Wis. (AP) — No one benefited from the Ryder Cup being postponed one year by the pandemic as much…
Listen now to WTOP News WTOP.com | Alexa | Google Home | WTOP App | 103.5 FM

SHEBOYGAN, Wis. (AP) — No one benefited from the Ryder Cup being postponed one year by the pandemic as much as Jordan Spieth. Odds are he wouldn’t have been at Whistling Straits.

Spieth, who won three majors before he turned 24, was mired in a slump for the better part of three years. He was out of the top 50 in the world and No. 17 in the Ryder Cup standings and falling when the pandemic forced golf to shut down and rearrange the schedule.

That included the Ryder Cup moving back a year, just enough time to Spieth to sort out his swing, win on the PGA Tour, contend in majors and become an obvious captain’s pick.

“If it wasn’t for this extra year, I don’t know if Jordan would have been on the team,” U.S. captain Steve Stricker said.

Spieth concurred, saying he felt he “lucked out a little bit in that situation.”

“So it was good to see that he turned his game around this year and got into position to make the team, because Jordan is an important part of a team,” Stricker said. “He brings a lot of energy, a lot of enthusiasm to a team, and he’s great in the team room. He’s guy that you want in there, and we’re fortunate to have him in there.”

Stricker and Spieth have plenty in common when it comes to cups and slumps. Spieth was picked for the Presidents Cup in 2013 when he was 20 and a PGA Tour rookie, and Stricker was his partner at Muirfield Village.

As for the slump? Stricker went through one so deep he lost his card in the early 2000s before finding his way back to reach No. 2 in the world. He became a footnote in history as the only player to win PGA Tour comeback player of the year in consecutive years.

“You can go either of two ways. You can kind of give up and go home or you can just work a little bit harder and try to bust through it and get through it and get better,” Stricker said. “Sometimes you come out of those slumps even better than you were before. You learn a lot from those poor times.

“I’m sure Jordan learned a lot about himself and his game, his family, friends, all that kind of stuff you learn about,” he said. “He’s going to come out of it strong. He’s got a tremendous amount of talent.”

Tattoo me? No, tattoo you.

Steve Stricker has never gotten a tattoo, but that soon may change. Padraig Harrington might be in for an inking himself, depending on what happens in the Ryder Cup this weekend.

All thanks to Thomas Bjorn, who famously said he would get a Ryder Cup tattoo if his European team won in 2018 — and then followed through on his promise with a silhouette of the cup and the final score tattooed on his rear end.

That led to both captains this week being asked if they had tattoo plans of their own, and it turns out they do.

So, it seems, will Stricker if the U.S. team prevails.

Stricker said his wife and kids have asked him in the past to get a tattoo and he never wanted to put any on his body. But this is the Ryder Cup, and players on the U.S. team have already told him what the tattoo could be.

“We’ll see what brings about that, but we may have a tattoo artist guy come in on Sunday night,” Stricker said. “One way or another, it may happen.”

Xander Schauffele’s father is from Germany, and he is the only one in his immediate family born in the United States. That might lead to some rooting conflicts in the Ryder Cup, though Schauffele is sure that’s not the case.

“I think my dad is just rooting for me,” he said. “I don’t think you’ll catch him saying he’s rooting for Europe at any point but let me know if he does.”

Schauffele’s dad and brother were both born in Stuttgart, while his mother was born in Taiwan and grew up in Japan. He said being exposed to other cultures has probably helped him understand them more than others who don’t have the same background.

“I was the only one born in the U.S. and for that reason I feel very American,” he said.

Schauffele’s father, Stefan, met his mother, Ping-Yi Chen, while both were college students in San Diego. Stefan Schauffele, who also has French and Austrian heritage, was an aspiring decathlete invited to Olympic training in Germany before he was injured in a crash caused by a drunk driver. The accident cost him his left eye and put him in and out of hospitals for two years.

He now is the only coach his son has ever had. His Olympic moment came this summer when he watched his son when the gold medal in golf.

RORY AND THE HAT

Rory McIlroy wasn’t wearing a hat at the corporate logo-free Olympics, and he said one reason was because his head was too small and he could never get a team hat that fit.

That’s no longer the case.

He wasn’t wearing a hat in the opening practice round. He was wearing one Wednesday.

As for the matches? 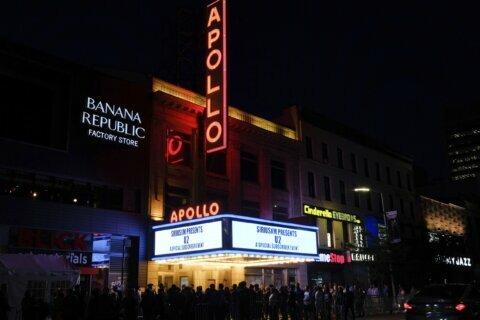 Soul Train Awards headed to Apollo for the first time 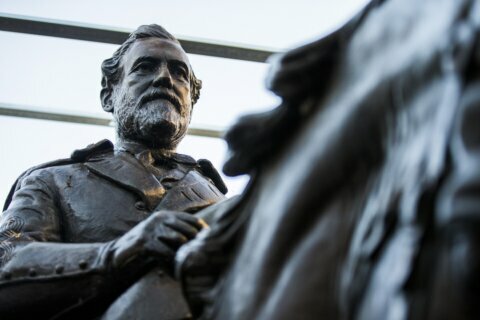