BILLINGS, Mont. (AP) — Park officials have launched the first tests of electric vehicles in Yellowstone National Park that are capable of operating without drivers.

The park on Wednesday launched a $360,000 public experiment into the potential future of visitor transportation, unveiling two eight-passenger, cube-shaped vehicles that will be tested at Canyon Village, The Billings Gazette reported Wednesday.

“This type of technology can really help us achieve some of our major sustainability goals that we’ve set here in the park,” Park Superintendent Cam Sholly said. He noted that the vehicles are expected to navigate the parking lot of Canyon Village through Aug. 31 to provide visitors with free and quick rides to nearby lodging and campsites.

The 3D-printed vehicles are named Olli by manufacturer, Knoxville, Tennessee-based Local Motors and nicknamed TEDDY, short for The Electric Driverless Demonstration at Yellowstone. Each vehicle can carry 1,350 pounds (612 kilograms) and has $300,000 worth of technology installed by Beep Inc., including 12 360-degree cameras and a high-voltage battery.

Similar vehicles have been deployed in Maryland, Italy and Berlin.

“Obviously we’re not moving a lot of people,” Sholly said, but the shuttles are being deployed to test if the technology works. Future tests could expand potential routes in the park.

The park is conducting the tests in partnership with the Department of Transportation Volpe National Transportation Systems Center. The future of the vehicles usage in national parks is uncertain. The partners are simply seeking more information, including passenger surveys.

The shuttle testing is part of Yellowstone National Park’s Visitor Use Management Program, which focuses on understanding and responding to increased visitation. 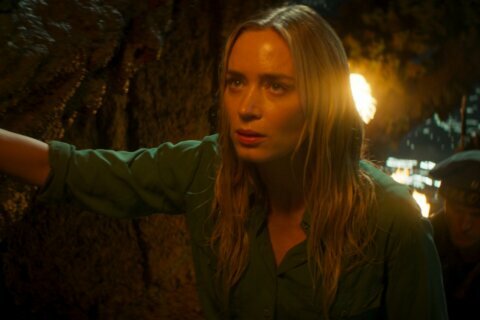