NEW YORK (AP) — The New York Philharmonic will resume subscription performances in September following a historic 18-month gap caused by the coronavirus pandemic, presenting a shortened schedule of 78 concerts in a season shifted from Lincoln Center’s David Geffen Hall while the orchestra’s home is remodeled.

That concert, the orchestra’s first regular event since March 10, 2020, will be the first of 50 at Lincoln Center’s 1,086-seat Alice Tully Hall, a venue more typically used for chamber music and recitals. There will be 28 concerts in Jazz at Lincoln Center’s 1,233-seat Rose Theater, located at Columbus Circle, less than half a mile from Geffen Hall, plus four concerts at Carnegie Hall, the orchestra’s home from 1891 to 1962.

Next season will include a regular series of Sunday matinees for the first time since 1964-65. There will be no intermissions at least through December.

Countertenor Anthony Roth Costanzo will be the artist in residence, performing with trans-genre artist Justin Vivian Bond from Jan. 27-29 and singing a program on Feb. 3 and Feb. 5 that includes the world premiere of Gregory Spears’s settings of new texts by Tracy K. Smith and Berlioz’s “Les Nuits d’été (Summer Nights),” usually sung by mezzo-sopranos.

Gustavo Dudamel will conduct programs from March 9-20, 2022, focusing on the relationship of Robert Schumann and Clara Wieck Schumann, paired with world premieres.

Geffen Hall, the Philharmonic’s home since 1962, is undergoing a $550 million renovation whose timetable was moved up during the pandemic. It is scheduled to reopen in autumn 2022 with a capacity of under 2,200, down from 2,738. Orchestra rows are being cut from 43 to 33, and the stage moved forward 25 feet, allowing seven rows of wraparound seating behind the orchestra. About two-thirds of the third tier is being eliminated. 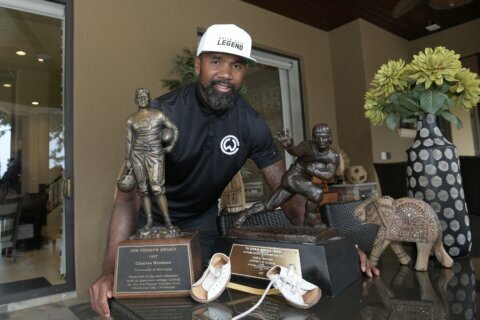