Can virtual reality help seniors? Study hopes to find out 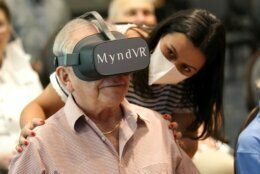 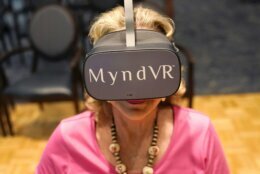 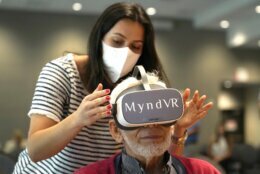 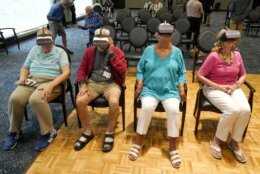 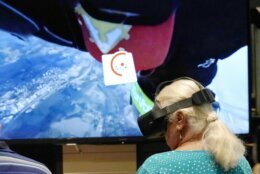 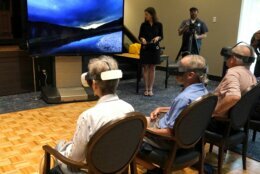 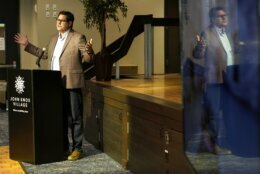 POMPANO BEACH, Fla. (AP) — Terry Colli and three other residents of the John Knox Village senior community got a trip via computer to the International Space Station in the kickoff to a Stanford University study on whether virtual reality can improve the emotional well-being of older people.

Donning 1-pound (470-gram) headsets with video and sound, the four could imagine floating weightless with astronauts and get a 360-degree tour of the station. In other programs, residents can take virtual visits to Paris, Venice, Egypt or elsewhere around the globe; attend a car rally, skydive or go on a hike.

“I feel great. It is amazing. It is like you are really there,” said Colli, 73, and a former spokesman for the Canadian embassy in Washington.

Stanford’s Virtual Human Interaction Lab will be working with John Knox’s 1,200 residents, who will have ready access to the equipment under the supervision of staff members. The goal is to see whether virtual reality can improve their mood, strengthen their relationships with staff and make them more receptive to technology. Other senior communities in the United States and elsewhere will soon be added by the California university.

Virtual reality works by making what the person sees and hears track with what they are doing. In a VR trip to Paris, for example, a participant might turn to the left and see the Eiffel Tower with a musician playing in the foreground, and then turn right and find two people conversing. If the participant moves toward one, that sound increases while the other diminishes.

“There is a fair amount of previously published research by academic labs around the world that shows VR, when administered properly, can help reduce anxiety, improve mood, and reduce pain,” said Jeremy Bailenson, the Stanford lab’s founding director. “This particular study is focused on how using VR might reduce the residents’ feelings of isolation from the outside world — all the more important after the isolation we all faced during the pandemic.”

During Tuesday’s demonstration at the suburban Fort Lauderdale community, Colli, Anne Selby, 77; Mark Levey, 64; and Hugh Root, 92, moved their heads from left to right and up and down as they got individual tours of the space station.

“It really felt like you were traveling — and not alone either. In some of the video, there are people,” said Levey, a former federal government worker.

Selby, an artist, said that she felt a bit nauseated as she moved through the space station because it was so realistic, but that she was able to cope by taking deep breaths.

“Regardless of my age, I was right in the middle of it,” she said.

Root, a retired insurance salesman, was blunt: “It blows my mind.”

Chris Brickler, CEO of MyndVR, the Dallas company that provided the equipment, said volunteers will be screened to assure they are mentally suitable for using virtual reality and each attendant has an abort button if the person becomes overwhelmed by the experience. John Knox’s residents include people and couples who live alone, in assisted living and with full-time nursing.

“As we age, we feel there is a disconnect sometimes that can happen when there is a lack of mobility,” Brickler said. “We can’t travel as much as we want, we can’t connect with nature as much as we want, can’t have connections with animals. All sorts of connections get lost and our four walls start shrinking in. What we have tried to do is create a platform where we can bring the world back.”

Monica McAfee, John Knox’s chief marketing and innovation officer, said the community’s administrators believe VR helps residents — it’s been used on a limited basis there for three years — but Stanford’s study “will provide the empirical data.” For example, she said, they want to know if VR can help residents with dementia who suffer from “sundowning” — severe mood downswings that begin at dusk.

“Is this a way to redirect them to enjoy something?” she said.

Northern Ohio University associate philosophy professor Erica Neely, who studies the ethics of technology, said it’s important that Stanford is getting fully informed consent, screening participants and making sure they aren’t using VR alone, especially at first. She is not involved in the study.

“We definitely don’t want anyone to get stuck in the experience if they become distressed and can’t figure out how to turn it off,” she said. “The fact that there is a companion/caretaker who can go with (the participant) is utter genius. … The idea of ‘Well, we don’t necessarily have people with diminished capacities wandering around by themselves through physical space — maybe we can do the same for virtual space’ was a really good one.” 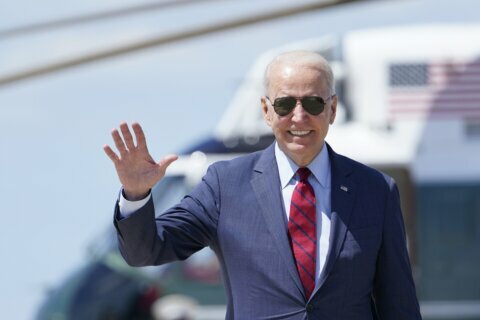 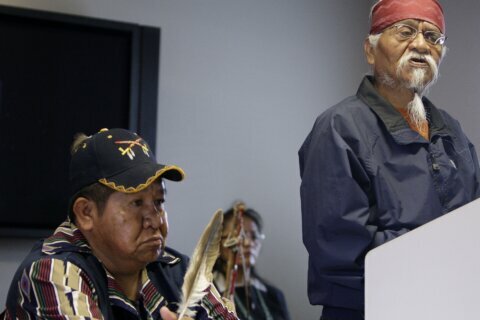