Athletics left-hander Jesús Luzardo will be off the mound for a while. He might also be staying away from video games.

Luzardo is out indefinitely after breaking the pinkie finger on his pitching hand when he thumped a table while playing a video game. The injury occurred before his start Saturday.

An X-ray after a loss to Baltimore showed a hairline fracture and Luzardo was put on the 10-day injured list. Oakland manager Bob Melvin said he didn’t know how long Luzardo would be out.

Luzardo wound up pitching three innings and allowed six runs, three of them earned. He is 1-3 with a 5.79 ERA in six starts this season.

Shohei Ohtani is a question mark to make his scheduled start on the mound for the Angels when they face Tampa Bay ace Tyler Glasnow in Anaheim.

Ohtani was hit on the right elbow by a pitch in the first inning of Sunday’s 2-0 loss at Seattle. Los Angeles manager Joe Maddon said the elbow was sore and the Angels would need to check Monday morning on Ohtani as to whether he’d still be able to pitch that night against the AL champion Rays. Ohtani was wearing a pad on the elbow.

“He had good at-bats the rest of the way. It did not look like it was inhibited,” Maddon said. “I thought he looked pretty normal after that event. He was sore but he kept telling me it was feeling better.”

Ohtani earned his first win in three starts this season in his last outing, overcoming a rough first inning at Texas. He has a 3.29 ERA and 23 strikeouts in 13 2/3 innings.

The two-way star also ranks among the major league leaders with eight home runs. Ohtani could be in the batting order when Los Angeles takes on Glasnow (3-1, 1.67), who has fanned 56 in 37 2/3 innings.

Milwaukee outfielders Christian Yelich and Lorenzo Cain are expected to return to action during the upcoming series that starts in Philadelphia. President of baseball operations David Stearns says it’s possible they could be ready Monday night.

Yelich hasn’t played since April 11 due to a lower back strain. Cain is recovering from a left quad strain and last played on April 13.

The Blue Jays will see if George Springer is able to play. He exited early in Sunday’s win over Atlanta with leg fatigue.

Springer was the designated hitter for the fourth consecutive game since making his Toronto debut Wednesday. The 2017 World Series MVP signed a team-record $150 million, six-year deal with the Blue Jays this offseason but missed time because of a strained oblique and later because of a right quadriceps strain. 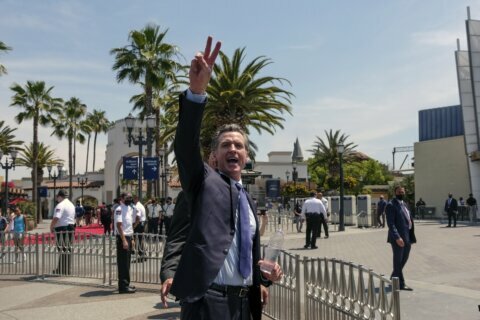