ATLANTA (AP) — When he heard the first two gunshots, Marcus Lyon dove behind the bed where moments earlier the massage therapist had been rubbing his neck.

He was hiding when the third shot rang out. The woman who had been kneading the FedEx worker’s sore muscles suddenly dropped to the floor. Lyon could see her, shot in the head, lying just a couple of feet from where he had taken cover.

Lyon waited in the room, less than a minute, he figures, until he heard the sound of bells signaling someone had opened the front door at Youngs Asian Massage. Hearing no more gunfire, he hurried back into his clothes and ran outside, grabbed a gun from his vehicle and made the first 911 call. Dispatchers took the call at 4:54 p.m.

“I wasn’t scared in the moment because it was kind of too late to be scared,” Lyon said in an interview. “I couldn’t believe it was happening.”

Lyon’s eyewitness account and police reports released Tuesday reveal a closer look at the carnage of March 16. After killing four people and critically wounding another at the massage business in suburban Cherokee County, the lone gunman drove to neighboring Atlanta and opened fire inside two other spas, police say.

Eight people died altogether — seven of them women and six victims of Asian descent. All were slain within about an hour.

Security camera footage shows the young man sat in the shopping center parking lot for an hour before getting out of the SUV. His right hand in his back pocket, he walked into Youngs Asian Massage through the front door.

Police say the man captured on the security camera video was 21-year-old Robert Aaron Long. The footage shows he entered the spa more than an hour before the shooting started. Police haven’t said what he was doing the rest of the time.

She found a small, metal object on the floor, possibly a bullet. She and her husband called 911.

According to an incident report, Cherokee Sheriff’s Office Cpl. Tommy Thompkins was patrolling nearby and rushed to the spa after hearing over his radio that there had been a shooting with multiple victims. He found Lyon, unharmed, holding the door open.

Other deputies arrived and swept the business, opening doors one at a time as they crept down a long hallway. Two women were lying partially in the doorways of separate rooms on the left side of the hall, both with gunshot wounds to the head but still breathing. Peering into a room on the right, officers saw a dead woman slumped against the back wall.

In a back room, deputies found a dead man who had been shot in the head.

Behind another closed door, deputies found Mario Gonzalez sitting on a bed. He looked scared and confused, but obeyed as deputies with guns drawn ordered him outside.

Detained in the back of a patrol car, Gonzalez told deputies he didn’t see the shooter. He and his wife were nearing the end of hourlong massages, in separate rooms, when the shooting began. He said he didn’t know what happened to her.

Gonzalez’s wife, Delaina Ashley Yaun, was among those found dead.

After the shootings at Youngs, the man police have identified as Long walked briskly to his vehicle, backed out of a parking space and headed south. The killing was just beginning.

A half-hour after being called to the scene in Cherokee County, authorities had a description of the suspect from security video. The white man wore a gray and red jacket, and drove a black Hyundai SUV.

But before they could catch him, the shooting started again, this time in Atlanta, roughly 30 miles (50 kilometers) away.

It was 5:47 p.m. when a woman called 911 from Gold Spa, reporting what she thought was a robbery.

“Hurry,” the caller urged the operator. “They have a gun.”

Ten minutes later, dispatchers received another 911 call from a business across the street. The caller said a man walked into Aromatherapy Spa and fired a gun, hurting at least one person.

Police were aided in their capture of the suspect by Long’s parents, who called authorities offering to help after recognizing their son in still images from the security video that the Cherokee County sheriff posted to social media.

State troopers and sheriff’s deputies spotted his SUV on Interstate 75, and one of them forced Long to spin to a stop by bumping his vehicle.

Once stopped, Long surrendered without a fight.

Once in custody, Long told investigators that he has a sex addiction and lashed out at businesses he viewed as a temptation. But many people, particularly in the Asian American community, believe the victims were targeted because of their race. Police say they are still trying to determine a motive.

The killings tore eight people from their families.

Yong Ae Yue, 63, cooked homemade Korean dishes for her family. Suncha Kim, 69, volunteered for charities. Soon Chung Park, a former dancer, remained youthful and fit at age 74. Xiaojie “Emily” Tan, 49, was an entrepreneur who owned Youngs Asian Massage and other businesses. Daoyou Feng, 44, was one of her employees.

“She loved me and my brother enough to work for us, to dedicate her whole life,” said Grant’s son, 22-year-old Randy Park. 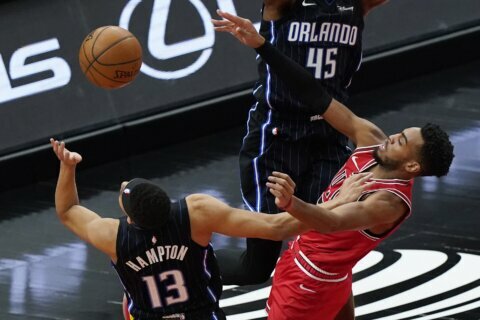 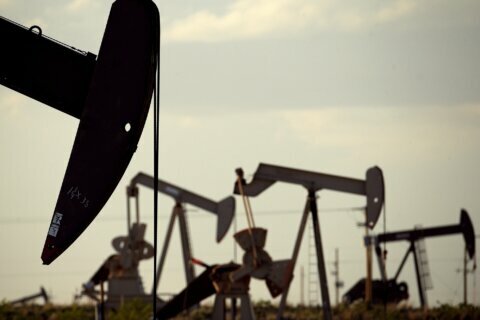