BOSTON (AP) — Pan-Mass Challenge founder Billy Starr knew early on he wouldn’t be able to get 10,000 people together this summer for the annual cross-state bike ride that over four decades has raised more than $700 million for cancer treatment and research.

He also knew he couldn’t just take the year off.

When the coronavirus pandemic forced other sports-related fundraisers to cancel or drastically lower their goals, the PMC went virtual and delivered $50 million for the Dana-Farber Cancer Institute. The money helped the hospital pay for personal protective equipment, continue with clinical trials and other care, and even went toward rent or groceries for patients who couldn’t just wait until the virus outbreak was over.

“Cancer’s not going to stop just because we have a pandemic,” Dana-Farber President and CEO Laurie Glimcher said. “The Pan-Mass Challenge didn’t stop either, thanks to Billy.”

In disrupting the world of sports and virtually every other aspect of life, the pandemic also upended athletic fundraising — all those walkathons, underwear runs and video game challenges that charitable causes need to pay for their work. Many of the events saw a decrease of 40-50%, according to David Hessekiel, who tracks the multibillion-dollar peer-to-peer fundraising industry.

The Pan-Mass Challenge brought in $63 million last year, with every penny going to Dana-Farber. Although the total went down this year for the first time since the 2009 recession, $50 million is “really impressive,” said Hessekiel, the founder of the Peer-To-Peer Professional Forum.

“This year, none of (the riders) were able to do it, and yet they were still able to raise $50 million,” he said. “And it’s done in the context of a field that has been devastated.”

The idea for the PMC was born in 1977, when Starr and a few friends rode to the tip of Cape Cod in memory of his mother, who died of melanoma at the age of 49. It has grown to the nation’s largest single-day athletic fundraiser, with more than 10,000 volunteers and riders on 12 routes ranging from 25 to 192 miles.

As the virus outbreak spread this spring, though, organizers announced they would go virtual: Instead of riding from Sturbridge to Provincetown, or some part of it, participants in the “PMC Reimagined” would climb on their bicycles at their own chosen time, on their own chosen course.

And instead of organizing a ride that had grown somewhat routine, Starr wasn’t sure what to expect.

“There ain’t no well-oiled machine about this,” Starr said. “This is new landscape. Nobody knew what this was going to be.”

To maintain some semblance of the event that riders had grown accustomed to — 87% return the next year, with some coming back for decades — the PMC livestreamed an opening ceremony and other festivities. The jerseys and other swag riders usually pick up at registration were mailed.

“Everything that you could do in a socially distancing world, we did,” Starr said. “We kept our people alive and kept our mission front and center, so that when our weekend came around, people got on their bikes.”

They also lowered their fundraising goal to $41 million, an amount that seemed fitting for the ride’s 41st year.

“We thought it would be ambitious,” Star said.

Instead, more than 6,800 riders raised an average of about $6,500 each. An additional 1,650 people brought in a total of $3 million without ever getting on a bike — part of a virtual rider program that had been a small part of the PMC since 1997 but was greatly expanded this year.

Glimcher said the PMC money helped Dana-Farber maintain the clinical trials that are the best option for as many as one in five cancer patients; it was one of the only cancer centers that did not need to suspend trials during the pandemic. (The PMC also made a $4 million donation to Dana-Farber in the spring — a down payment of sorts — to help ramp up the use of telemedicine and pay for urgently needed PPE.)

“We really did not lose a beat,” said Glimcher, who has ridden in the event every year since 2016 and took part this year in memory of her mother, who died of lung cancer. “That’s a lifesaver for many people. To not be able to do that would have been awful.”

That’s why Starr is already looking to 2021.

In a letter scheduled to go out to riders this week, he said organizers are hoping to get back onto the streets next year — though in reduced numbers. There will be no large gatherings at the hubs, meals will be grab-and-go and the PMC will not provide showers or massages.

But, he hopes, it will look like the PMC again.

“We kept our community together. People felt connected and engaged and never lost sight of the cause,” Starr said. “They were grateful that we didn’t quit, and they didn’t either. But we’d rather be together.

“It spoke to what we were missing, which is what the world is missing. It’s part of being a human being,” he said. “I miss it terribly.” 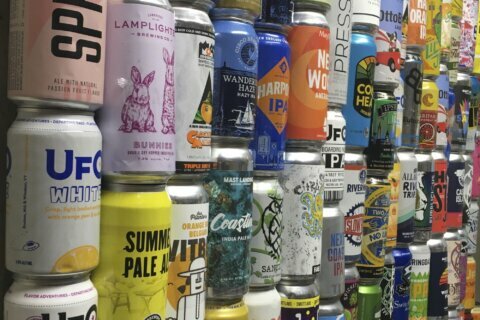