Corktown, long known for its wood-framed houses, restaurants and taverns, is the site of the automaker’s planned $740 million project to create a place where new transportation and mobility ideas are nurtured and developed.

The Dearborn, Michigan-based company’s foray into Corktown started with its 2018 acquisition of the massive Michigan Central train station and other buildings in the neighborhood just west of downtown.

“This is a really, authentically beautiful neighborhood. It’s really important that we maintain its integrity,” said Mary Culler, Ford’s Detroit development director and president of the Ford Foundation.

For decades, Corktown stood in the long shadow of the hulking 17-story train station. After being vacated in 1988, the building epitomized Detroit’s blight and economic despair amid the city’s steadily shrinking manufacturing base and exodus of people.

Between the 1950s and 2010, Detroit lost more than 1 million residents. Stable, middle- and blue-collar neighborhoods were emptied of families. Houses became vacant, stripped of metal and anything else of value before collapsing or razed into mounds of wood and other debris.

Through it all, the train station remained standing — too costly to demolish, too large for other uses, and a contradiction to its once-ornate grandeur.

The depot opened in late 1913 and was designed by the same architects who created New York’s Grand Central Terminal. Like other train stations across the U.S., Detroit’s became seemingly obsolete as interest in traveling by rail waned.

Businessman Manuel “Matty” Moroun bought the building in the mid-1990s after a previous owner defaulted on a loan, but an anchor tenant could not be found.

Two years ago, Ford stepped in, bought the building and started fixing up 500,000-square-foot (46,000-square-meter) structure. Work should be completed by the end of 2022.

Ford expects to have about 2,500 of its own people and 2,500 partner employees working on the campus that will focus on autonomous vehicles. About 250 workers in Ford’s autonomous vehicle business unit already work out of The Factory, another building near the train station.

The former Detroit school’s Book Depository was designed by famed architect Albert Kahn. It has been vacant following a 1987 fire. The Detroit office of global architecture firm Gensler is working with Ford to renovate the building. Construction will start early next year. Move-in is expected in early 2022.

“The Book Depository is going to be the heart of the innovation district … a mixed-use maker space for partners to come in and solve problems,” Culler said. “We think that this project is really pivotal for Ford and the city.”

A greenway will connect 7 acres behind the train station to the city’s west riverfront, while the train platform and tracks will be repurposed as a technology testing and showcase area. It also is expected to feature pedestrian and bike paths.

The walkable community will connect the train station campus to surrounding neighborhoods.

New York-based Practice for Architecture and Urbanism is the lead architect and strategic planner for the 30-acre site.

Ford’s plans fit into what Detroit Mayor Mike Duggan and the Detroit Economic Growth Corp. have envisioned for Corktown, according to Katy Trudeau, the city’s deputy director for planning and development.

“There were people nervous about the significant impact the project would have on residents and housing prices,” Trudeau said. “People were concerned that their neighbors who were renters might be displaced due to rising prices.”

In some cases, rents have doubled — something residents worried about after Ford’s 2018 announcement, said Debra Walker, who moved into Corktown about 20 years ago.

“Everybody is seeing dollar signs, so rents are going up,” said Walker, 67, who is retired. “You can still make your money, this is America. But what can we do to keep the neighborhood diverse?”

The city is seeking a competitive federal grant that would help fund up to 800 new affordable housing units in Corktown.

“With all of the economic development happening in Corktown, it is critical that there is affordable housing developed alongside it,” said Donald Rencher, Detroit Housing & Revitalization director. “Given the tremendous investment and trends that we are seeing, we are at an important time to ensure Corktown remains a place where Detroiters of all walks of life are welcome.”

Some Ford employees at The Factory already live in the neighborhood, Culler said.

“It is more than just the train station. We want to be a good neighbor there,” she said. 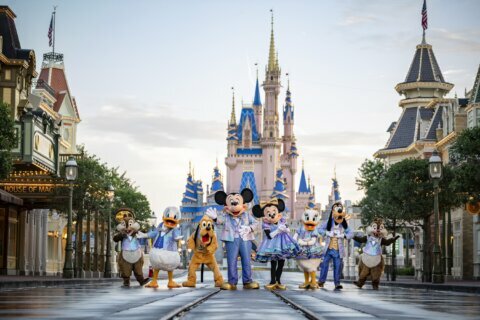 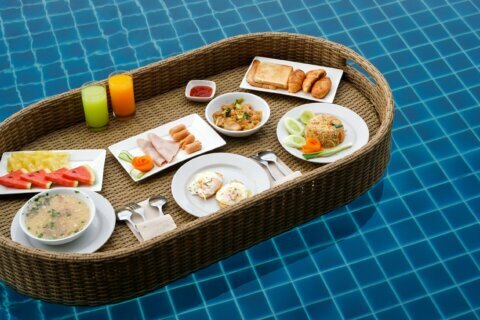