EAST RUTHERFORD, N.J. (AP) — Before getting the New York Giants job, Joe Judge was mentored by two of the football’s best active coaches: Nick Saban of Alabama and Bill Belichick of the Patriots.

It probably wouldn’t be wrong to add a third name to the group: Tom Brady.

The four-time Super Bowl MVP worked with Judge for eight seasons in New England and they shared three Super Bowls, some great memories, and a lot of knowledge.

Judge and Brady will be on different sidelines Monday night when the NFC South-leading Bucs (5-2) face Judge and his struggling Giants (1-6) at MetLife Stadium.

Judge said working with Brady was enlightening, especially last season when he added a receivers coach job to his role as Patriots special teams coordinator.

“I learned a lot of ball being around him,” Judge said. “How he sees it through a player’s perspective. The things that come up in a game and how he handles it. Hearing the way he kind of picks receivers’ brains throughout a practice, or things he may see pre-snap. I got a lot of knowledge just listening to him talk to other guys on the team.”

The 38-year-old Judge said it is not surprising Brady is playing well at 43, noting the 2000 — yes, 2000 — sixth-round draft pick is an intelligent, fierce competitor who works hard and takes care of his body.

“He’s been in all of the situations, however you slice it up, as many times as you can possibly imagine, whether that’s through practice or games,” Judge said. “This guy is fluent in football.

Stopping him is the Giants’ job, along with generating an offense against a Bucs defense ranked third in the league.

“The only thing that really gets me excited is winning games,” Brady said. “It’s competing hard every week in practice and seeing us improve. We’ve got a lot of hard-working guys and I think that’s really been a reflection of our progress since the beginning of the year. I would really want to see us continue to improve it.”

After a slow start with his new team, Brady has thrown 15 touchdown passes against one interception over his last five games. If he’s surprising himself at all, Brady isn’t saying.

“Football is the ultimate team sport. From a quarterback’s standpoint, so much is trust and confidence in the receiver position, the tight end position. The line’s doing an incredible job of blocking,” he said. “My job is to throw to the guys who are open, and they’ve got to make the plays. I think when you see great production, it’s really a reflection of an entire offensive unit.”

Three other starters — left tackle Andrew Young, center Nick Gates and right tackle Cam Fleming — did not practice on Thursday. The only starter on the field was right guard Kevin Zeitler.

Judge is hopeful all will be able to play, although Hernandez will probably miss his first game as a Giant.

The easiest fix would be to start either veteran Spencer Pulley or rookie Shane Lemieux at guard. New York also could start Pulley at center and move Gates to guard. However, everything could change with more positive results.

While the impact of adding Brady is undeniable, the Bucs kept the core of what is now a dominant defense. They placed a franchise tag on 2019 NFL sacks leader Shaquil Barrett and re-signed tackle Ndamukong Suh and linebacker Jason Pierre-Paul.

The result: The Bucs have the No. 1 rushing defense, yielding an average 74.1 yards. They are second with 25 sacks and tied for third with 12 takeaways.

“Last week, (defensive coordinator) Todd Bowles said we played average. We played well enough to win, but we played average on defense,” White said, reflecting on a 45-20 road win over the Raiders in which he had a career-best three sacks. “That’s just another task that we’ve got to go out and prove to our coaching staff and ourselves that, ‘Hey, we’re going to hold ourselves to a standard.’

“We’ve got to show up every time it’s time to play.”

Daniel Jones is always going to have fond memories of his first game against the Bucs. It came last year and was his first career start.

Jones made it a wonderful experience by throwing for two touchdowns and running for two more, including the winning score on a late scramble up the middle in the 32-31 win over Tampa Bay. New York rallied from an 18-point halftime deficit, although the Buccaneers missed a late makeable field goal.

Bucs WR Chris Godwin, who’s already missed two games with a hamstring injury and a third due to a concussion, broke a finger on a TD catch last week. He will not play Monday night. WRs Mike Evans (ankle) and Scotty Miller (hip/groin) have been hampered much of the season but have not missed any games.

Antonio Brown was signed last week as an “insurance policy,” according to coach Bruce Arians. He will be available Monday. He is serving the final game of an eight-game suspension for violating the NFL’s personal conduct policy. 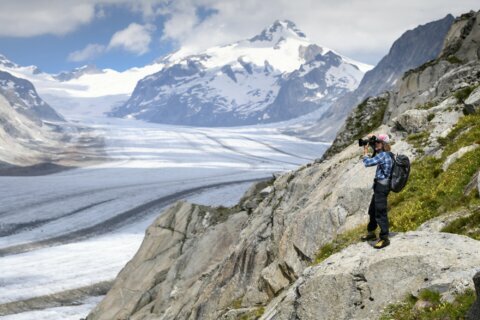 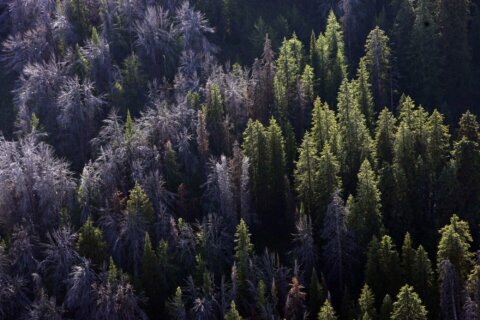 US: Mountain pine tree that feeds grizzlies is threatened 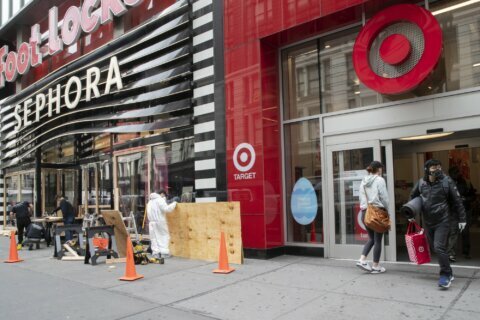