EAST RUTHERFORD, N.J. (AP) — When the American Dream megamall opened in New Jersey last autumn, visitors could only gape at its unfinished signature attraction: a massive DreamWorks-themed waterpark with room for up to 5,600 bathers.

A year and a global pandemic later, Benkos Quinones, his wife and two small children had the place largely to themselves as the mall officially reopened Thursday after a six-month closure due to the coronavirus crisis.

“After everything that’s been going on, we just wanted to have some family time together,” Quinones said as his wife and two small children splashed in the waves behind him. Only a few dozen others cavorted in the cavernous space.

“Of course, I was concerned,” Quinones said about the risk of being in a public place with the virus still circulating. “We asked ourselves a lot of questions, whether we should really go forward and buy tickets to this. But we went for it.”

The owners of the massive entertainment and retail complex in the Meadowlands sports complex are hoping others share family’s sense of adventure.

Already bucking a bleak outlook for malls nationwide when it opened last October, American Dream was days away from a splashy opening of its retail outlets in March when coronavirus fears shut down operations.

It was terrible timing for a project that had seen numerous delays since its initial approval, under different ownership, in 2003.

In the months since it shut down in March, the retail landscape has changed dramatically.

At its reopening Thursday, only a few dozen of the complex’s planned 300 shops appeared to be open for business. It isn’t clear how many will eventually open their doors. The mall’s restaurants are months away from opening, as New Jersey continues to restrict indoor dining to 25% capacity.

Canada-based owner Triple Five, which also owns Minnesota’s Mall of America and Canada’s West Edmonton Mall, is banking on features such as the waterpark, a Nickelodeon-themed amusement park, an indoor ski slope and skating rink to draw visitors. Other planned attractions including a Legoland Discovery Center and an aquarium aren’t expected to open for months.

Maintaining momentum and adapting to an ever-changing set of rules during the peak months of the pandemic were significant challenges, said Richard Ybarra, vice president of retail at the mall.

“We had to be extremely fluid in regard to what updates we had to make, what things were going to look like,” Ybarra said. “You also had to be able to forecast a lot, as in, ‘OK, if you do this, this and this, then this is probably going to happen.’ That was to make sure we weren’t frustrating our tenants or our contractors.”

Even before the pandemic, some retail experts predicted a quarter of U.S. shopping malls would close by 2022 due to shifts to online shopping.

Jan Rogers Kniffen, a consultant to investors in retail companies and a former retail executive, expects that 300 to 500 of the 1,000 malls in the U.S. will file for bankruptcy reorganization and be completely unrecognizable as traditional malls in the next two years. Before the pandemic, he expected 300 to shutter by 2030.

The waterpark’s official opening Thursday illustrated the current safety challenges. The wave pool is being restricted to 25% capacity — and even fewer people than that will be allowed in for the time being, said Chris Mortensen, the mall’s director of attractions.

Workers will clean the water slides — all 1.5 miles of them — plus chairs, tables, railings and other high-touch surfaces early in the morning and at the end of the day.

Don Ghermezian, American Dream co-CEO and Triple Five president, said in an emailed statement that the company had enlisted the help of a local hospital system, Hackensack Meridian Health, to review its coronavirus safety protocols.

“We are filled with joy to have our doors open at American Dream again,” Ghermezian wrote. “It was a difficult decision to close our doors in March, but it was to ensure the safety of our guests and employees.”

Will they lure enough visitors back? Neil Saunders, managing director for research firm GlobalData, said he expects the mall’s revenues to be well below projections in the short term due to the coronavirus, with a better outlook down the road.

“Longer term, the prospects are better; however, there is far too much retail space in the tri-state area so the mall will face stiff competition in pulling in shoppers,” he said. “Given its scale and the range of attractions, it will probably succeed in becoming a major destination. However, this won’t be achieved as quickly as the developers hoped.” 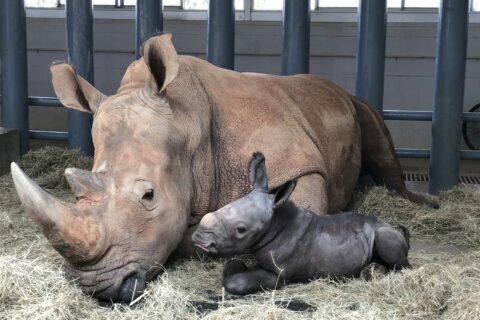