RENO, Nev. (AP) — Reversing course again in a 30-year-old battle over protection of a weasel-like mammal that eats porcupines, the U.S. government is declaring the Pacific fisher endangered in the southern Sierra Nevada but denying protection elsewhere in California and Oregon.

The Fish and Wildlife Service insists Endangered Species Act protection isn’t warranted for the fisher in the Sierra north of Reno, or along the California coastal range from San Francisco into southern Oregon.

But it says the southernmost population of 500 or fewer from Yosemite National Park to the mountains northeast of Los Angeles “is currently in danger of extinction.”

Effective June 15, the government published its final rule last week after a federal judge overturned the service’s most recent refusal to list the species in 2018. It makes it illegal to kill the house-cat-sized predator or destroy their habitat in the southern region only.

“We’re glad fishers have finally been protected in the southern Sierra, but they face threats throughout their range and need and deserve broader recovery,” said Sue Britting, executive director of Sierra Forest Legacy, one of the groups that sued to list the species.

Unlike past determinations, the service concluded the northern and southern populations are distinct segments with genetic differences, separated by 130 miles (210 kilometers) of “geographical barriers, urban development, unsuitable habitat.”

Once abundant throughout the Pacific Northwest, the animals were trapped to near extinction and much of their native habitat destroyed after the arrival of European settlers. They’ve recently been reintroduced in Washington.

With as few as 100 remaining in the south, they’re threatened most by habitat loss due to logging, wildfires, climate change and rat poison used as pesticides at illegal marijuana farms, the agency said.

The 4,000 or fewer farther north face less danger because they’re more widespread with better breeding success, the service said. It also cited voluntary conservation efforts by state and private timber owners who have agreed to set aside suitable habitat in Northern California and southern Oregon.

”’The heavy lifting done by our partners greatly alleviates the need for regulation,” Henson said.

“The Trump administration’s denial of protection for fishers is an unwarranted gift to the timber industry that ignores key science on these at-risk animals,” said Noah Greenwald, endangered species director for the Center for Biological Diversity, which led the most recent petition for listing in 2000.

Cascadia Wildlands, a co-petitioner of that effort, is considering an appeal, legal director Nick Cady told the The Oregonian/OregonLive.

Classified in the same family as weasels, mink, martens and otters, fishers are one of the few animals that regularly prey on porcupines, biting their faces until they die then tearing into their quill-free underbellies.

The service first rejected listing petitions in 1991 and 1996.

In 2004, the agency agreed protection was warranted but precluded due to financial constraints. Conservationists sued but reached a settlement agreement and the agency proposed threatened status in 2014 — citing the added threat of toxins at illegal marijuana farms.

But the service reversed course again and withdrew the proposed listing until U.S. District Judge William Alsup in San Francisco ordered it to reconsider in 2018. Alsup said the agency had “cherry picked” its data and wrongly concluded uncertainty about population trends was a sufficient reason to deny listing.

Last year, the agency formally proposed listing the fisher throughout its range before settling on the final rule Friday distinguishing the two population segments. The agency said it can’t say definitively whether the fisher’s population is stable, increasing or decreasing, but doesn’t dispute it has declined dramatically from its historic range and remains quite small. 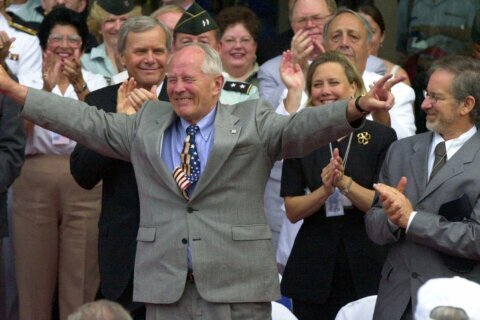