Hall of Famers reach out to youth with messages of strength

It doesn’t matter how the message is conveyed as long as it is communicated. So the Pro Football Hall of…
Listen now to WTOP News WTOP.com | Alexa | Google Home | WTOP App | 103.5 FM

It doesn’t matter how the message is conveyed as long as it is communicated.

So the Pro Football Hall of Fame will have three members livestream a session Friday with Ohio youngsters as part of its Strong Youth Strong Community program. Anthony Munoz, Aeneas Williams and Darrell Green, plus Ohio Gov. Mike DeWine, will connect with the middle school and high school students in conjunction with Big Brothers Big Sisters of America and Buckeye Health Plan, a division of Centene Corp.

The idea is simple: relaying and emphasizing the tenets of the Hall of Fame’s mission to the youngsters.

“This is a continuation of a program we have done in person for the last few years,” says Hall of Fame President/CEO David Baker. “They really care about the values that we espouse at the Hall of Fame, and they respect the Gold Jackets who have tried to demonstrate those values their whole life.

“Now to do this virtually with our governor and Iman (McFarland of Centene and a former basketball player at North Carolina), it is a real opportunity to have that same impact, maybe on an even broader level than 500 to 1,000 people in a room. But the message is still the same: You are not alone, let’s huddle up and do this together. You can be stronger by relying on these values, and you can have a place in making your community stronger.”

Munoz and Green, who made the NFL’s list of top 100 players of its first century, and Williams, now a pastor in Ferguson, Missouri, have been regulars in the program. Baker calls them three of the “most spectacular Gold Jackets who fully stand for our values.”

It actually was the idea of Green, an outstanding cornerback for the Redskins, for the hall to reach out to the youth of America to promote what he says the Hall of Fame stands for: respect, integrity, honest and hard work.

In the three years of the program, it has touched 29 cities and has been directly in front of more than 60,000 middle schoolers and high schoolers. In the last year, when the hall began doing a five-camera livestream of the events, the get-togethers reached an average of about 20,000 students.

With so many youngsters still sheltering at home, the hall hopes Friday’s session can reach at least 50,000 kids.

“It’s not just about football,” Baker says “but about the values and virtues you learn from the game to fight violence, teen suicide, drug addiction, and to let these guys know we are in this together.

“We have had a huge impact on kids in communities that were really in trouble, and because of that — we have (Hall of Famers) in some of these communities. In Madison, Indiana, which was plagued with a high suicide and drug addiction rate, we sent this group of guys to talk about life skills, and the virtues and values you learn from the game of football, and it had a huge impact on the community. And to support their high school football coach as he delivered the same messages.”

That coach, Patric Morrison has credited the hall’s program with helping provide hope and inspiration in a community rife with problems.

“What it takes to make a Hall of Fame city where everyone is gathered, and we send out our Gold Jackets o their team and help these kids in need to understand the values and how to be stronger together,” Baker says. “To `huddle up America.’ To understand that every city can have those same Hall of Fame attributes and make each other better.” 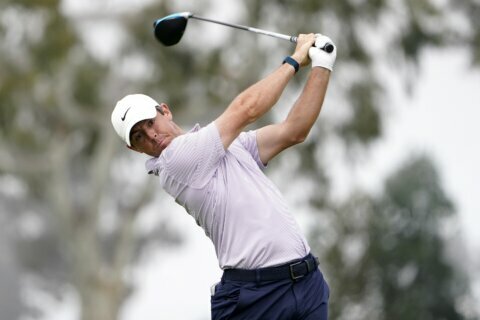 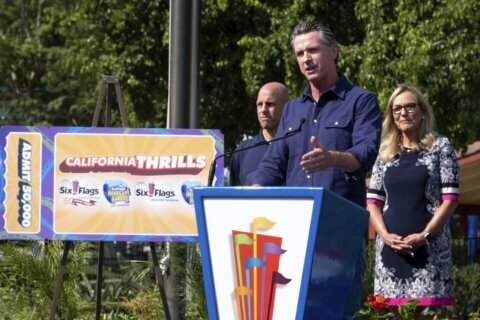