TRAVERSE CITY, Mich. (AP) — The federal government said Tuesday it will remove the Kirtland’s warbler from its list of protected species, finding the small, yellow-bellied songbird had recovered more than half a century after being designated as endangered.

The U.S. Fish and Wildlife Service credited teamwork among numerous agencies and nonprofit groups with the survival of the warbler, which had fallen victim to its own picky habitat demands and competition from the predatory brown-headed cowbird. The same measures that overcame those threats will be needed in the future to prevent backsliding, officials said.

“We’ve transitioned from bringing this species out of the emergency room to providing it with long-term stability,” said Dan Kennedy, endangered species coordinator with the Michigan Department of Natural Resources. “The job now is to ensure that this species continues to have a healthy population.”

Officials announced the decision at a news conference in East Lansing, Michigan. It takes effect Nov. 8, following a 30-day listing in the Federal Register.

Biologists describe Kirtland’s warblers as among the most geographically limited birds in the continental U.S. They nest on the ground beneath young jack pines in northern Michigan, parts of Wisconsin and the Canadian province of Ontario. If the trees get too old or large, they’re no longer suitable.

To enlarge it, agencies developed a system of logging overgrown pine stands and replanting new ones to imitate what nature previously did.

Listed as endangered in 1967, its population later hit a record low of only 167 pairs. But the tide eventually turned.

Warbler numbers rose steadily in the 1990s and have been above their recovery goal of 1,000 pairs for 17 years. The latest census put them at about 2,300 pairs.

“While scientists have watched a massive decline leading to 3 billion fewer birds across the country, Endangered Species Act protections have resulted in a more than 10-fold increase in the Kirtland’s warbler,” said Noah Greenwald, endangered species director for the Center for Biological Diversity. “The Kirtland’s warbler recovery is a clear signal the Endangered Species Act works.”

More than 210,000 acres (85,000 hectares) of state and national forest lands were designated as warbler habitat and management techniques improved, said Scott Hicks, a field office supervisor with the service. When planners saw that a 1980 wildfire in the Huron-Manistee National Forest opened the way to large sections of new jack pines that were a magnet for warblers, they began cutting and replanting bigger blocks of trees.

They also made headway against the cowbird, which lays eggs in nests of other songbirds, including warblers. Cowbird chicks out-compete young warblers, which perish as their seemingly oblivious parents feed the interlopers.

The Fish and Wildlife Service placed traps in the warbler zone with decoys or food. Once nabbed, the cowbirds were euthanized. Few have been found in warbler nests in recent years, Hicks said.

A team of state and federal experts, university researchers and volunteer groups will continue monitoring the warblers for at least 12 years. But their long-term survival will depend on continued habitat management and cowbird control, funded by governments, private supporters and payments by timber companies that log the jack pines.

The trees are useful for manufacturing pulp and paper, among other products.

A big point in the warbler’s favor was that there were no conflicts between interests that sometimes clash over endangered species protection.

“It’s been a great example of collaboration between different agencies, private landowners, and a variety of different folks and groups that came together very early in the process and have stayed engaged,” said Tom Johnson, managing director of Timberland Investment Resources LLC, which manages working forest investments in Wisconsin.

Scientists also will keep an eye on the Bahamas, where the warblers spend winters. Although Hurricane Dorian devastated parts of the islands, it did not cause major damage to areas that are most popular with the birds, Hicks said.

“Hurricanes have occurred before in the Bahamas and we’ve never detected any kind of population impacts to the species,” he said.

The Kirtland’s warbler boosts tourism in the five-county section of rural northern Michigan that has the largest numbers, drawing bird-watchers from around the world.

“They’re the lead character in the success story,” said Abby Ertel of the nonprofit group Huron Pines, a member of the team that will oversee future preservation efforts. “But if they’re doing well, it also means the forests are healthy, the water is healthy, the critters are healthy and so are we.” 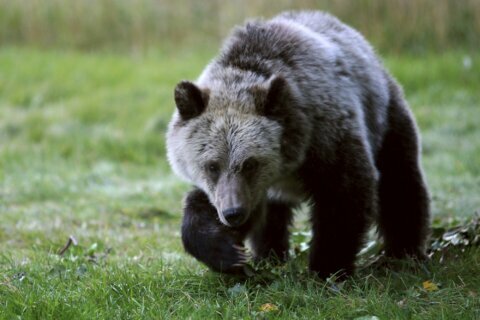 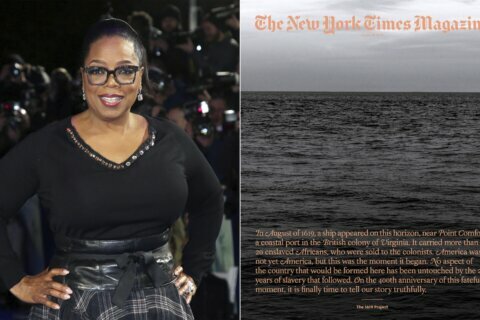