SAN FRANCISCO (AP) — A healthy population of red-legged frogs is hopping in Yosemite National Park, helped by a reintroduction program with the San Francisco Zoo.

The zoo on Monday released the last of more than 1,000 red-legged frogs into the park as part of a four-year effort to reintroduce the once-threatened species, the San Francisco Examiner reported .

At 2 to 5 inches long (5 to 13 centimeters), red-legged frogs are the largest native frogs in the West and once were found throughout California. The frog’s population began declining 50 years ago after the introduction of predatory, non-native bullfrogs, exacerbated by increasing water drainage and raccoons.

In partnership with the Yosemite Conservancy, the zoo has been breeding and raising tadpoles and adult red-legged frogs since 2015 and releasing them into the park over the past two years.

Yosemite biologists have conducted skin swabs and surveys to monitor the health of the population. Zoo staff placed transmitters on 45 of the frogs released in order to track them and better understand their behaviors.

Zoo data shows the frogs in the wild have survived and reproduced.

“The challenge is to see if they will still do well in the next five years,” said Jessie Bushell, the zoo’s director of conservation.

Ecologists this spring found clusters of eggs in meadows and ponds, proof of the first breeding in the park by the frogs. 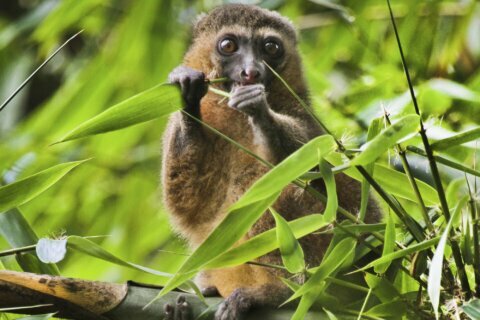 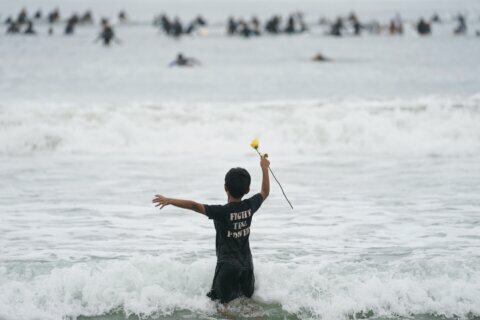 Surfers honor George Floyd in ‘paddle out’ held around world

Surfers ‘paddle out,’ circle up in memory of George Floyd