On two wheels, ‘The Climb’ rides through Cannes as a hit CANNES, France (AP) — Some stars and directors come to the Cannes Film Festival by boat, others by private jet. Michael Angelo Covino and Kyle Marvin pretty much cycled their way into Cannes.

Covino’s “The Climb,” in which he and Marvin star as lifelong friends, opens on a French mountain. One of the breakout films at Cannes this year, it uses long, fluid takes to capture comic moments in a male friendship that develops over many years and hundreds of miles on their bikes.

Mike and Kyle (their characters share their names) are slowly peddling their way uphill when Mike informs Kyle that he has slept with Kyle’s fiance. Their argument plays out while they huff up the mountain. Kyle isn’t the fittest cyclist, so he’s dealing with heartbreak and the steep incline at the same time.

Covino shot the scene — one of the funniest and most memorable of the festival — in the French Alps just 30 minutes north of Cannes, where “The Climb” premiered Friday night in the festival’s Un Certain Regard competition, which often highlights stories told in non-traditional ways.

“The Climb” started as an eight-minute short with a similar opening scene, filmed in California. But Covino, an actor making his feature film directing debut, became convinced that the feature version should be set in France after a trip to the festival two years ago.

“I don’t want to say it was intentional but it was definitely like, ‘Hey, let’s go shoot the opening of the movie right outside of Cannes,'” Covino said, chuckling, in an interview alongside Marvin.

But it’s more than local flavor that earned them a selection in Cannes.

“The Climb” has been among the most acclaimed American films here. After the bravura opening scene, the movie proceeds to tenderly chart the up-and-down friendship of Mike and Kyle in chapters that span marriage, death and children.

Like biking in the Alps, their friendship is a test of endurance.

For the director, that included filming a dramatic scene on a lengthy bike climb in one unbroken 10-minute span that took more than 20 takes to get right. Marvin’s pedal fell off on one take. On take 18, Covino sprained his ankle.

Before arriving at the festival this year, Covino and Marvin took a bike trip back to the film location site. You would think the ride would be easier without pages of dialogue to act out, but it wasn’t.

“I was like, ‘This is way harder than I remember it,'” says Marvin.

They kept riding on a 60-kilometer (37-mile) trip up and down the French Riviera coastline, their own festival warm-up.

“We did the inaugural Tour de Cannes,” says Covino.

Covino and Marvin, who co-wrote the film, first met each other about 10 years ago while acting in commercials. “The Climb” pulls from other friendships but also their own.

Covino is a cycling enthusiast but Marvin, when they made the short film, had hardly ever been on a bike. Yet for the feature, Marvin needed to be in good enough biking shape to make it up the mountain two dozen times. Now he rides avidly.

“In the short, Kyle wasn’t acting. But in the feature, he was,” says Covino.

Although “The Climb” shifts back to New York’s Hudson River valley, it has deeper French connections than just location. Covino says he was inspired by French films, including those of Eric Rohmer and Claude Sautet.

The two Americans hope “The Climb,” is a funny, true portrait of male friendship that goes beyond the limitations of “bromance” movies.

“Some movies I love, but there’s a tongue-in-cheekness to it,” says Covino. “It’s like: ‘We’re straight but we love each other but we’re straight and we’re still cool.’ That just was of no interest to us. This is a love story about friendship. They genuinely just care about each other.” 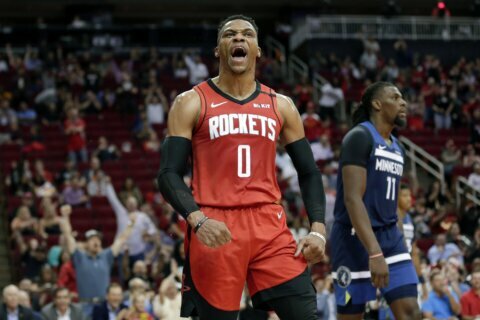 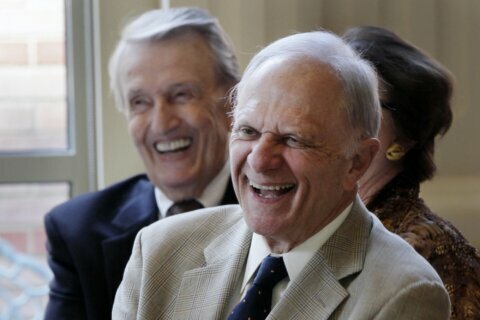