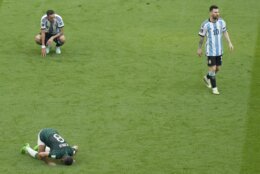 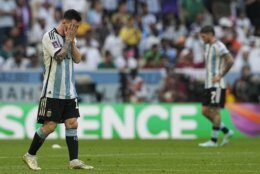 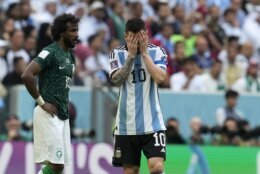 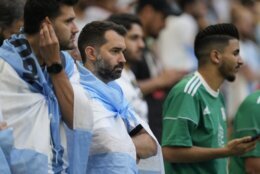 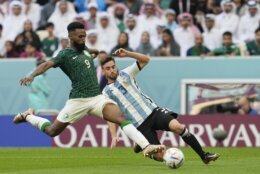 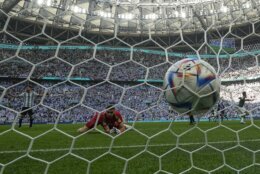 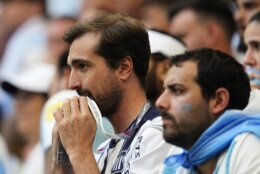 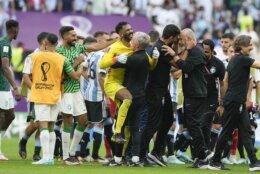 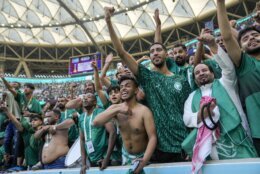 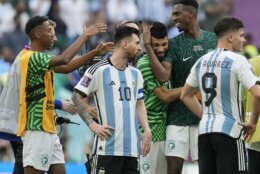 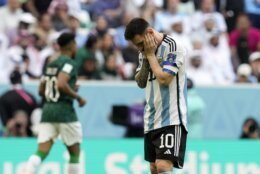 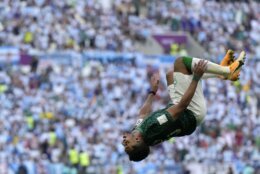 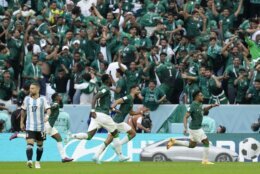 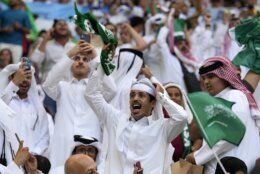 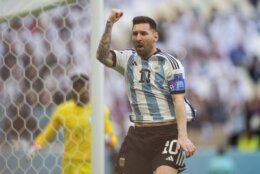 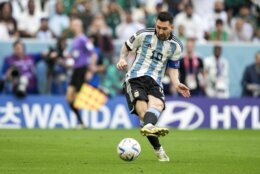 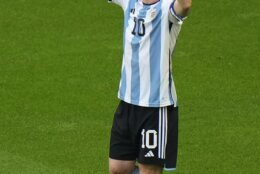 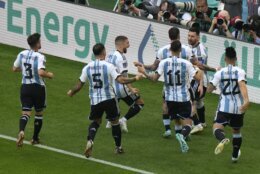 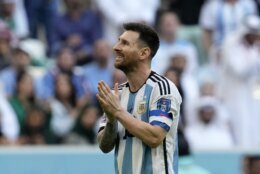 LUSAIL, Qatar (AP) — Lionel Messi stood with his hands on his hips near the center circle, looking stone-faced as Saudi Arabia’s jubilant players ran in all directions around him after pulling off one of the biggest World Cup upsets ever against Argentina.

The South American champions and one of the tournament favorites slumped to a 2-1 loss Tuesday against the second lowest-ranked team at the World Cup in a deflating start to Messi’s quest to win the one major title that has eluded him.

Asked how he felt after a painful start to his record fifth World Cup for Argentina, Messi said: “The truth? Dead. It’s a very hard blow because we did not expect to start in this way.”

Saudi Arabia’s comeback joins the list of other major World Cup upsets: Cameroon’s 1-0 win over an Argentina team led by Diego Maradona in the opening game of the 1990 World Cup; Senegal’s 1-0 victory over defending champion France in the 2002 tournament opener; or the United States beating England by the same score in 1950.

“We know the World Cup is this way,” Argentina coach Lionel Scaloni said. “Sometimes you can steamroll the opponents and, in a couple of plays, you are losing.”

That summed up the pattern of a match that started with Messi giving Argentina the lead, calmly converting a penalty in the 10th minute for his 92nd international goal. It had all the makings of a routine win for the defending Copa America champions, who were on a 36-match unbeaten run — one short of the record in international soccer.

Didn’t turn out that way.

Goals by Saleh Alshehri and Salem Aldawsari in a five-minute span early in the second half gave the Saudis a landmark result in the first World Cup staged in the Middle East. Their previous biggest win was 1-0 over Belgium at the 1994 World Cup, secured by a storied individual goal by Saeed Al-Owairan.

“All the stars aligned for us,” Saudi Arabia coach Herve Renard said. “We made history for Saudi football.”

The 35-year-old Messi, playing in his fifth — and likely his final — World Cup for Argentina, scratched the side of his head and shook hands with a Saudi coaching staff member after the final whistle.

He walked toward the tunnel with a group of other Argentina players and looked despondent, an all-too-familiar scene for the seven-time world player of the year who has yet to win soccer’s ultimate prize.

“We are facing two finals now,” said Argentina striker Lautaro Martinez, looking ahead of remaining group matches against Mexico and Poland. “We screwed it up in the second half.”

The unlikely victory by a team made up entirely of Saudi-based players was sealed by a somersault by Aldawsari, who brought down a high ball just inside the penalty area, spun his way past Nahuel Molina with the help of a ricochet, dribbled past Leandro Paredes and drove a powerful shot to the far corner in the 53rd.

A stunned Messi watched as Saudi Arabia’s green-clad fans, who had come over the Qatari border in their thousands, celebrated in disbelief in the stands. Saudi Arabia’s substitutes swarmed onto the field to congratulate Aldawsari, who sank to his knees after his post-goal acrobatics.

“It’s one for the history books,” Renard said.

Such was Argentina’s initial dominance that Saudi Arabia didn’t have a shot on goal in the first half, during which the Alibiceleste had three goals ruled out for offside as they repeatedly got behind the Saudis’ high defensive line.

“Some of those decisions were by inches,” Scaloni said, “but that’s technology for you.”

The 48th-minute equalizer came from Saudi Arabia’s first attempt on target, with Alshehri finding the far corner with an angled finish that went through the legs of defender Cristian Romero and beyond the dive of goalkeeper Emi Martinez.

Saudi goalkeeper Mohammed Alowais made two diving saves during 14 minutes of stoppage time to preserve a win that shakes up the group.

“This group always stood out for its evenness, its strength, and it is time to be more united than ever,” Messi said. “We have to go back to our training base and try to win the next game.”

Argentina hadn’t previously lost a World Cup game when leading at halftime since 1930, when the team conceded three goals in the second half to lose to Uruguay 4-2.

Saudi Arabia strengthened its chances of reaching the knockout stage of the World Cup for the first time since 1994. “There will just be 20 minutes of celebration for us,” Renard said. “We still have two games — or more.”

Argentina returns to the Lusail Stadium to play Mexico on Saturday. Saudi Arabia takes on Poland on the same day. 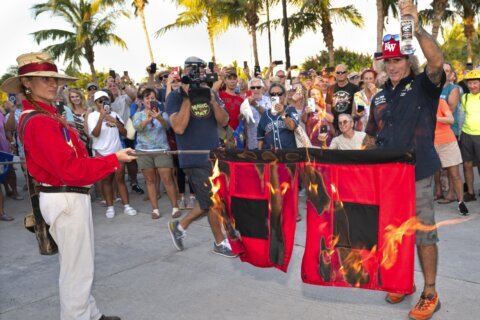