SAN JUAN, Puerto Rico (AP) — Hundreds of cats have long slinked through the cobblestone streets of Puerto Rico’s historic district, stopping for the occasional pat on the head as delighted tourists and residents snap pictures and offer bits of food.

The cats are so beloved they even have their own statue in Old San Juan.

But officials say their population has grown so much that the U.S. National Park Service wants to implement a “free-ranging cat management plan” and is considering options that could include removing the animals.

The idea has outraged many people, who worry the cats will be killed.

“This is like Disney World for cats,” said Alfonso Ocasio, who has been going to Old San Juan since 2014 to feed the cats a couple times a week. “I don’t know how these people dare face the world with their proposal.”

Black cats, white cats, calico ones and tabbies roam the seaside paths surrounding the historic fort known as “El Morro” that guarded San Juan Bay in the colonial era. The shy and surly ones crouch in the bushes away from cameras and human hands while others perch on nearby rocks to groom or stare at passerby as the ocean laps behind them.

They’re known as “cobblestone” or “colonial” cats, but not everyone loves them.

“Encounters between visitors and cats and the smell of urine and feces are … inconsistent with the cultural landscape,” the National Park Service wrote in its plan.

The agency said the plan aims to improve “visitor experience,” protect cultural and natural resources, reduce health and safety concerns and alleviate “nuisance issues.” It also noted that cats are likely killing wildlife in the area.

Officials so far are offering two options: Remove the cats or retain the status quo. The latter would include maintaining feeding stations, spaying or neutering cats, and removing those that have not been tagged, work currently done by the nonprofit group Save a Gato.

On Wednesday night, dozens of people gathered for the first of two public meetings on the issue. But when National Park Service officials said there would be no hearing and asked people to only write down their comments, the crowd erupted in anger.

“We have doubts! We have questions!”

The crowd kept yelling, demanding a public hearing until officials relented. They opened the doors to a small theater as one elderly activist blew on the emergency whistle of his keychain to herd the crowd in.

People spoke one by one amid loud applause. Their biggest concern was that the cats would be euthanized, even though the National Park said it is still receiving public comments and that any decision would be based on those.

“These are the initial stages,” said Myrna Palfrey, superintendent of the San Juan National Historic Site. “We don’t have any answers right now.”

Several nonprofit organizations demanded evidence to support statements in the plan that some people did not want the cats around and that they were possibly hunting wildlife in the area.

“I see tourists completely enamored of those cats,” said Nydia Fernández, who lives in Old San Juan and walks around the historic fort three times a week, where hordes of cats congregate.

A final decision is months away, but the proposal to remove cats saddens Ocasio, an animal lover who spends up to $15 a week feeding cats in Old San Juan. He said he adopts those that are sick and elderly, caring for them in their last days.

Among the residents who spoke was Toru Dodo, who moved to Puerto Rico from California earlier this year and lives in Old San Juan.

He questioned what officials were going to do with the cats, whether ecological assessments have been done beyond trap cameras and what consequences would result from removing them, notably with the rat population.

Dodo also asked what would happen if people keep abandoning cats in the area, which activists say is a problem.

“I’m not alone in wanting to know the answers,” he said amid claps and cheers. “These are one of the wonders of Old San Juan.” 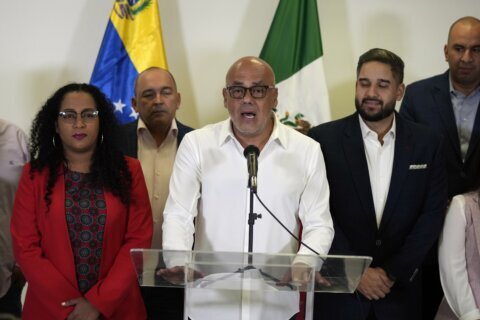