MEXICO CITY (AP) — Mexico President Andrés Manuel López Obrador has proposed legislation that would transfer the country’s nominally civilian National Guard to total military authority, completing a dramatic shift for a politician who earlier in his career called for soldiers to return to the barracks.

In addition to the dizzying political evolution the change would mark, the proposal is almost certain to face constitutional challenges.

López Obrador created the National Guard in 2019, arguing that Mexico’s federal police were hopelessly corrupt and incapable of confronting Mexico’s powerful drug cartels. He enshrined it in the constitution, putting it under the authority of the civilian public security apparatus.

Critics argue that reforms to enabling legislation responsible for the National Guard is not sufficient to shift its constitutionally established civilian authority to the military.

“It is very clear in Article 21 of the Mexican Constitution that establishes first that the National Guard is a body of civilian character and under the authority of the Security and Citizen Protection Secretary,” said analyst Ana Lorena Delgadillo, director of the Justice Foundation. “So any change that you want to make to move the National Guard to (the defense ministry) would have to pass first though a constitutional reform.”

She added that even if they tried for a constitutional reform lawmakers would need to evaluate if putting the National Guard under military command would be in line with the spirit of civilian security that governs the constitution.

López Obrador no longer appears to have the votes in Congress for a constitutional reform.

In his proposal, López Obrador makes a multi-pronged argument: civilian police forces have failed to secure the country; the military is Mexico’s most trusted institution; and, the National Guard is already essentially a military institution.

Much of López Obrador’s proposal reads as an ode to the military as a central pillar in Mexican society. The tone is one Mexicans will recognize. The president has given the military more responsibilities than any Mexican leader in recent memory putting them in charge of not only battling drug cartels, but also fuel theft. He had them build a new airport for the capital and a tourist train on the Yucatan Peninsula. They build bank branches in rural areas and were key in the government’s response to the COVID-19 pandemic.

“The transfer of operational and administrative control of the National Guard to (the defense ministry) responds to the immediate necessity to overcome administrative obstacles and the availability of resources,” López Obrador wrote, going on to argue that it is the only way to match the geographic breadth, logistical capabilities and firepower of organized crime.

In his state-of-the-nation address Thursday, López Obrador said, “The goal isn’t to militarize or become authoritarian, but rather to entrust to the oversight of the Defense Department the growth of what should be the country’s main public safety force.”

The military has been in the streets in a critical security role for years, well before López Obrador took office. It has been accused of human rights abuses and the United Nations has long called for it to be taken out of policing.

Neither the National Guard nor the military have been able to lower the insecurity in the country, however. Last month, organized crime groups rampaged in four states in a week’s time, burning businesses and killing bystanders.

Critics say the National Guard lacks the investigative and intelligence capacities of a police force. They are a visible presence on patrols and respond to violence, but do little to prevent it.

Sen. Emilio Álvarez Icaza, an independent politician, said that last year, the National Guard reported making 14 arrests product of its own investigations — there were many other arrests in cases where they caught people in illegal acts. They reported turning over 50 people accused of organized crime to prosecutors.

López Obrador’s proposal does not address the question of how the military is the correct institution to lead what he continues to call a national police force. The president speaks often of the impunity that plagues the country, but it remains unclear how a security force composed of and lead by the military will be able to perform the work of law enforcement necessary to bring criminals to justice.

The package of reforms was submitted to Congress ahead of the start of its new legislative session Thursday. 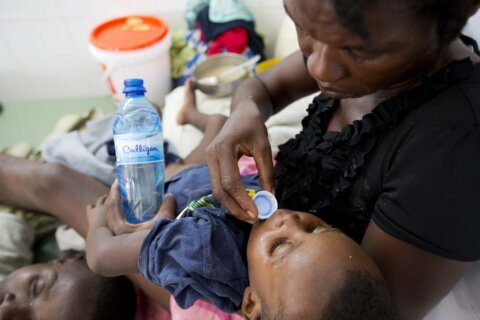