Since the summer of 2021, when Nicaragua President Daniel Ortega locked up dozens of political opponents ahead of November’s presidential elections, Nicaraguans have been seeking asylum in Costa Rica at the highest levels since Nicaragua’s political crisis exploded in April 2018.
Listen now to WTOP News WTOP.com | Alexa | Google Home | WTOP App | 103.5 FM
(1/15) 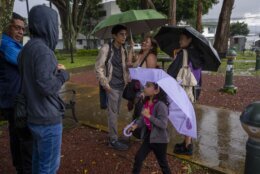 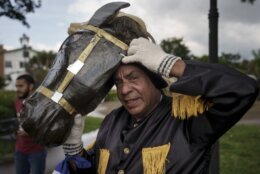 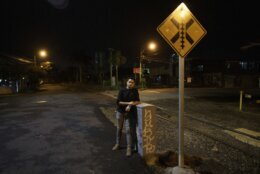 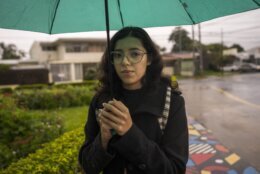 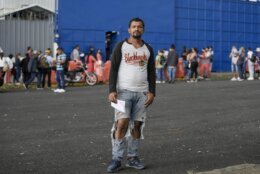 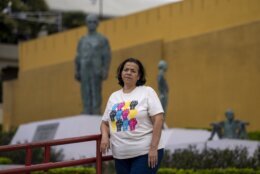 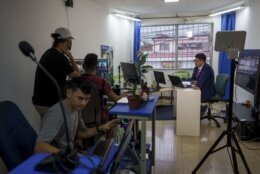 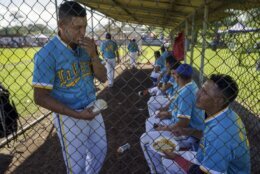 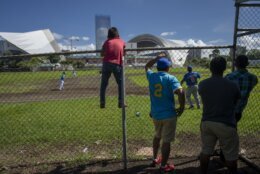 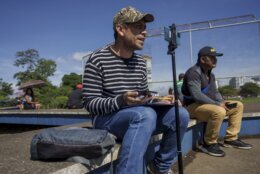 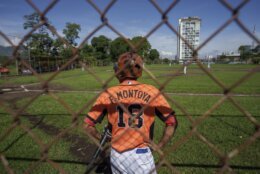 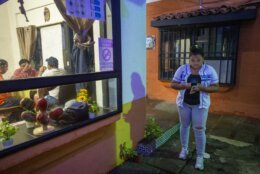 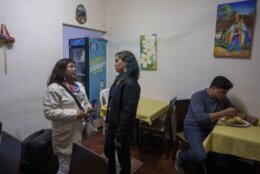 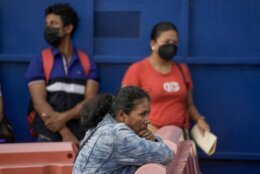 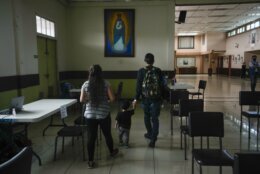 SAN JOSE, Costa Rica (AP) — After four years of trying to continue his studies in Nicaragua, Elthon Rivera finally reached the same conclusion as thousands of his countrymen. The government shuttered his university, its director told him he was going into exile and warned that the police were coming for Rivera too.

Rivera surveyed the various safe houses he had used after his arrest in 2018 and realized that no one who had sheltered him was left. “The only option is to go to Costa Rica, which is what I have closest and where I have the most contacts,” he said. He snuck out of Nicaragua along a trail over a mountain in February and was soon on a bus to San Jose.

Rivera immediately sought asylum. The Costa Rican government gave him an appointment to formalize his request — in 2030.

Since the summer of 2021, when Nicaragua President Daniel Ortega locked up dozens of political opponents ahead of November’s presidential elections, Nicaraguans have been seeking asylum in Costa Rica at the highest levels since Nicaragua’s political crisis exploded in April 2018.

The exodus of Nicaraguans fleeing political repression has neighboring Costa Rica’s asylum system teetering under the weight of applications that exceed even the 1980s when civil wars ravaged Central America.

Asylum seekers now account for 4% of Costa Rica’s population. Despite having only 5 million citizens, Costa Rica trailed only the United States, Germany and Mexico in the number of asylum applications it received last year, according to the United Nations High Commissioner for Refugees.

Costa Rican officials now confirm more than 200,000 pending applications and another 50,000 people waiting for their appointment to make a formal application. Nicaraguans account for nearly nine out of 10 applicants.

The asylum seekers are added pressure for the new administration of President Rodrigo Chaves who is trying to jump-start an economy hit hard by the COVID-19 pandemic.

“That has been an incredible increase,” said Allan Rodríguez, deputy director of Costa Rica’s immigration agency, which also oversees the asylum system. “It has put the capacities of the administration to the test. It has made us reinvent ourselves not only in the reception process, but also in how to resolve this issue.”

Rodríguez said that the system has been bolstered in terms of its ability to take asylum applications — the U.N. refugee agency contracted 50 people to help — but that remaining challenges include resolving the cases quickly and integrating asylees into Costa Rican society.

Rivera, 28, was in the final year of studying medicine at Nicaragua’s largest public university and not particularly interested in politics when protests broke out in April 2018 in response to changes to the social security system. Police roughed up senior citizens who took to the streets, so university students came out in support of the pensioners.

Rivera did his rounds at a hospital the next day and saw wounded students flooding in. On the second day of protests, police beat him and tossed him in a filthy cell for six hours before releasing him. The arrest made him a leader among other medical students, which eventually got him expelled.

He later enrolled in a private university as a political science major because it did not have a medical school and was a few classes short of finishing his degree when Ortega’s government shut down the school, and a number of other private universities in February.

Even with his asylum appointment eight years off, he said: “I’ve been calm about it because I know the quantity of Nicaraguans there are here and Costa Rica is a very small country.”

Xaviera Molina, 27, has already been granted asylum because she left Nicaragua in one of the early waves in July 2018.

Molina, a marketing major, was a single mother at the time in the second year of her degree track. She had never been involved in activism, but when students expanded the protest against Ortega’s government she got involved, first distributing food and then helping provide medical care to wounded students.

“I was basically a nurse by accident,” Molina said.

The government increased its repression of protests, mounting an operation in July 2018 to clear the barricades protesters had erected around neighborhoods of resistance throughout Nicaragua. Molina went into hiding and then decided she had to leave the country.

Molina fled across the border to Costa Rica, requested asylum and received it last October. She went 1 ½ years without seeing her daughter who remained with her parents in Nicaragua.

She said the process was slow, but she was able to work, opened her own catering business and brought her daughter to Costa Rica.

“I know people who have been here four years like me and they still haven’t accepted that they have to stay,” Molina said. “They still haven’t bought a bed because they feel like at any moment they’re going to go back.”

In his State of the Union Address that month, Biden said, “We’re securing commitments and supporting partners in South and Central America to host more refugees and secure their own borders.”

The U.S. government gave nearly $49 million to international organizations and nongovernmental organizations for humanitarian assistance to asylum seekers and vulnerable migrants in Costa Rica between 2017 and 2021.

At the Summit of the Americas in Los Angeles in June, Costa Rica said it would plan to renew a special protection category it had created for citizens of Nicaragua, Cuba and Venezuela whose initial asylum applications were denied. The reasoning was that it was not safe to return them to their countries.

Diego Pérez, a spokesman for the U.N. High Commissioner for Refugees in Costa Rica, said that with the COVID-19 pandemic, Costa Rica’s asylum system no longer “has the same capacity to absorb or integrate (asylum seekers), including in the labor market.”

Gabriela Nuñez, the Costa Rica director for the U.S.-based refugee-support organization HIAS, notes that before the Nicaragua crisis Costa Rica was accustomed to receiving about 5,000 asylum requests annually. Now the country receives more than that in a month.

“There is an emergency in terms of how many people are seeking access to the territory, to the process and finally how many are ultimately recognized,” Nuñez said.

Now some worry that the years-long wait for an appointment is leading more Nicaraguans to look north — to Mexico or the United States — than at any point in their country’s four-plus year political crisis.

Through August of this year, 6,921 Nicaraguans have sought asylum in Mexico — often a step toward the U.S. border — more than double as many as all of 2021.

Through the first 10 months of the 2022 fiscal year, U.S. border agents have encountered Nicaraguans 134,000 times compared to more than 50,000 encounters the previous year.

For most however, Costa Rica remains the top choice for Nicaraguans seeking safety, due to its proximity, familiarity and possible existing family ties.

Still, it can be a difficult transition. Costa Rica is more expensive. Nicaraguans forced to flee quickly are not able to take much with them; professional certifications do not transfer; it takes time to determine what grade children should enter in a different education system.

Three months after applying for asylum, applicants can begin working legally. But many said that some employers do not recognize the government-issued card identifying them as asylum seekers.

Rivera is trying to make the best of it. He founded an organization called Bridges for Nicaraguan Students, which aims to help exiled students find ways to continue their studies.

Soon Rivera will travel to Romania to resume his medical studies, but he doesn’t plan to stop his political activism.

Leaving Nicaragua, Rivera remembers thinking: “I’m going to bother them more there, continue talking there, keep raising my voice there.” 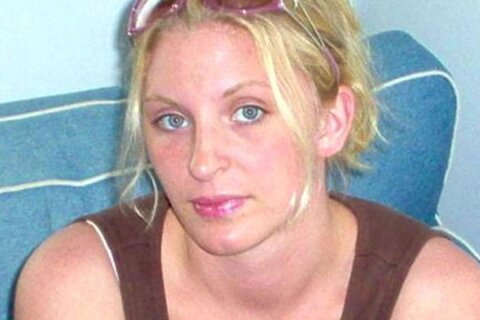