Holidays: Where to see holiday lights | Santa's back with inflation, inclusion on his mind | 4 ways to limit your holiday debt | Inflation 'definitely a guest' at holiday celebrations this year
Home » Latin America News » Families of Mexico's missing…

Carrying photographs of their children at their chests, relatives of the 43 students who disappeared in southern Mexico in 2014 marched Monday on the eighth anniversary of their abductions with conflicting sentiments.
Listen now to WTOP News WTOP.com | Alexa | Google Home | WTOP App | 103.5 FM
(1/18) 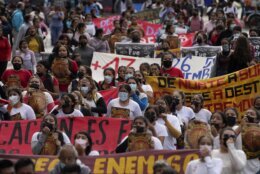 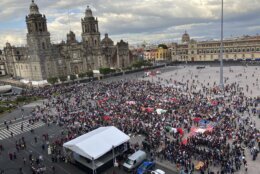 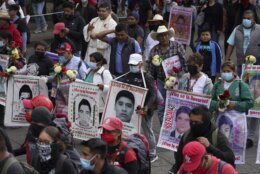 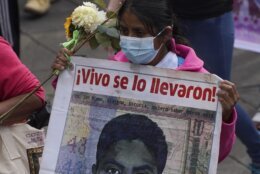 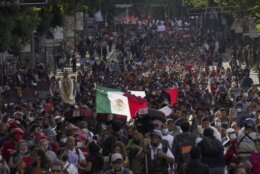 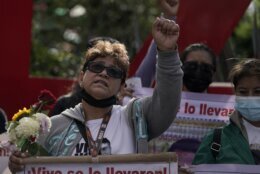 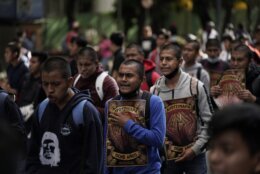 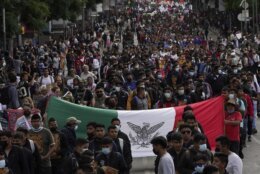 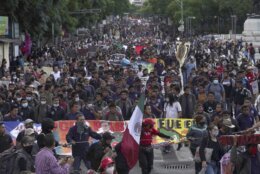 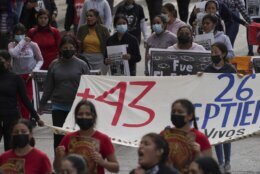 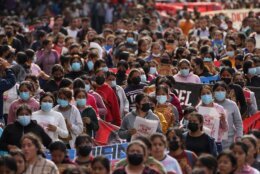 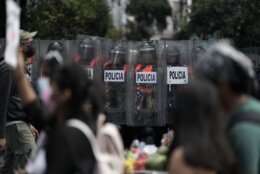 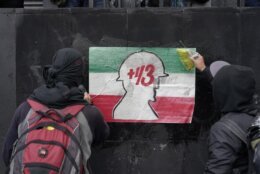 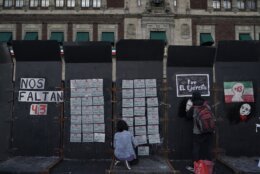 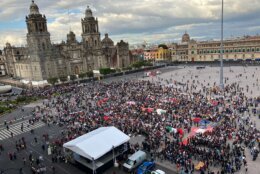 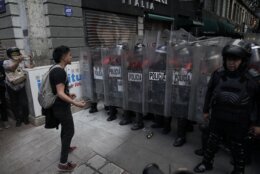 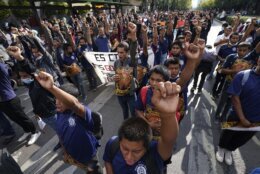 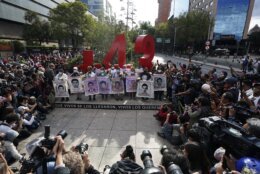 MEXICO CITY (AP) — Carrying photographs of their children at their chests, relatives of the 43 students who disappeared in southern Mexico in 2014 marched Monday on the eighth anniversary of their abductions with conflicting sentiments.

On one hand, the government appeared to be advancing, but on the other they saw “internal wars” in an administration that “succumbs to military power,” the families said in a statement at the conclusion of the procession.

“There are a lot of contradictory things,” said Clemente Rodríguez, father of one of the students from the Ayotzinapa teachers’ college who were attacked by security forces and a drug gang in the southern state of Guerrero. “Sometimes they give us information, yes we’re going to act, but then we slip along the same way.”

That same way being the lack of answers about what really happened that night in Iguala, Guerrero and what ultimately happened to the students, because the previous administration hid the truth and the current has only offered “partial advances,” Hilda Legideño, the mother of another student, read in the statement.

“They talk about the death of our sons, but they don’t show us proof,” she said. Only small, burned bone fragments of three have been identified, including Rodríguez’s son Christian Alfonso.

In recent weeks, the Truth Commission created by the current administration, declared it a “state crime,” because authorities at all levels of government were involved in the disappearances and cover-up. It also provided new information confirming the involvement of the military.

There have also been important arrests of three members of the army, including the man who had been the army commander in the area when the abductions occurred — now a retired general — as well as the then-Attorney General Jesús Murillo Karam, accused of inventing the government’s original account based on torture and manipulation of evidence.

But some charges against dozens of other suspects have been tossed out because of tainted evidence. Previously redacted details from the Truth Commission report were leaked to a Mexican newspaper that had not been shared with the families. Spain’s El Pais newspaper published documents showing 16 arrest orders against other members of the military that had been touted by the government were quietly cancelled without explanation.

All of which has outraged the families to the point that they called for the resignation of the current Attorney General Alejandro Gertz Manero.

The military’s alleged role has become sensitive. Alejandro Encinas, the head of the Truth Commission, said the former base commander in Iguala had given the order to kill six of the students days after they were abducted.

President Andrés Manuel López Obrador promised earlier Monday that the investigation would continue. The president, who has invested more responsibility in the military than any in recent memory, also defended the institution saying that those arrested would be held accountable, but “that does not mean that the whole institution is responsible.”

Rodríguez, who has been a fixture in marches demanding justice in the case for the past eight years, said “we were always pointing to the military bases and we are going to see it through to the bitter end.” 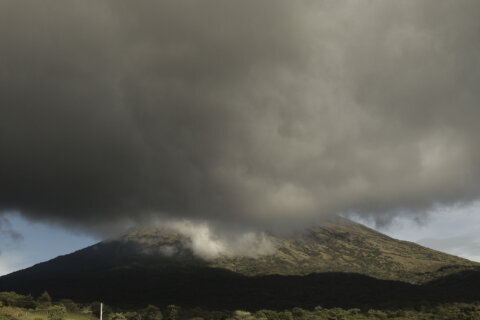