US seeks possession of Venezuelan 747 grounded in Argentina

BUENOS AIRES, Argentina (AP) — The U.S. Justice Department said Tuesday it is seeking possession of a Venezuelan cargo jet that has been grounded in Argentina since early June because it was previously owned by an Iranian airline that allegedly has ties to terror groups.

The request to Argentina was revealed a day after an Argentine judge allowed 12 of the 19 crewmembers of the plane to leave the country as authorities continue to investigate possible terror ties of those traveling in the Boeing 747. Federal Judge Federico Villena said late Monday that the remaining four Iranians and three Venezuelans must stay.

The U.S. request sent to Argentina on Tuesday followed the unsealing of a warrant in federal court in the District of Columbia that was issued last month and that argues the U.S-made plane should be forfeited because of violations of U.S. export control laws.

The plane, according to the Justice Department, was transferred from Iranian airline Mahan Air — which officials have alleged provides support for Iran’s Islamic Revolutionary Guard Corps-Quds Force — to Emtrasur, a subsidiary of Venezuela’s state-owned Consorcio Venezolano de Industrias Aeronáuticas y Servicios Aéreos, or CONVIASA. CONVIASA is under U.S. sanctions.

By transferring the airplane to the Venezuelan firm in October without prior U.S. government authorization, Mahan Air violated a 2008 order issued by the Department of Commerce that has since been periodically renewed, the U.S. says. The Justice Department says Emtrasur subsequently re-exported the plane between Caracas, Tehran and Moscow — also without U.S. government approval.

“The Department of Justice will not tolerate transactions that violate our sanctions and export laws,” Matthew Olsen, the head of the Justice Department’s national security division, said in a statement. “Working with our partners across the globe, we will give no quarter to governments and state-sponsored entities looking to evade our sanctions and export control regimes in service of their malign activities.”

The moves marked the latest development in the saga of the mysterious plane, which landed June 6 at Ezeiza International Airport outside Buenos Aires and was grounded two days later.

The case has raised attention in several South American countries as well as the United States and Israel amid allegations that the plane was a cover for Iranian intelligence operations in the region. Iran and Venezuela vehemently deny those claims.

The issue has caught the attention of members of U.S. Congress. On July 26, a dozen U.S. Republican senators wrote a letter to U.S. Attorney General Merrick Garland accusing the Justice Department of failing to assist Argentine authorities in its investigation of the Venezuelan plane.

Rep. Darrell Issa, a California Republican, pressed Olsen about it at a hearing last week and lamented that in his view Iran was not receiving the scrutiny it deserved. Olsen said he was aware of the case but added: “This is an ongoing matter. I can’t talk about the specifics.”

The U.S. Commerce Department took its own action Tuesday, announcing it had suspended for 180 days the export privileges of Emtrasur.

The Israeli government has praised Argentina for grounding the plane and contends at least some the Iranian crew members “were involved directly in the trafficking of weapons to Syria and the terrorist organization Hezbollah of Lebanon.”

Among those who will continue to be prohibited from leaving Argentina is the Iranian pilot of the plane, Gholamreza Ghasemi.

Ghasemi is a former commander of Iran’s Revolutionary Guard and is a shareholder and board member of Iran’s Qeshm Fars Air, which the U.S. Treasury Department has said is controlled by Mahan Air and provides material support to the Quds Force.

The other crew members required to remain in Argentina are Abdolbaset Mohammadim, Mohammad Khosraviaragh and Saeid Vali Zadeh of Iran and Mario Arraga, Víctor Pérez Gómez and José García Contreras of Venezuela.

“What is being investigated is whether, under the appearance of legal activity, they are financing terrorism operations (specifically with Hezbollah) or whether they are part of a plan that has ties with” Hezbollah, the judge wrote.

Villena emphasized that connections with Iran’s Revolutionary Guard are not under investigation because Argentina does not consider it to be a terrorist organization.

Mahan Air has denied any ties to the aircraft and Venezuela has demanded that Argentine authorities release the plane.

Yet Argentine authorities who searched the plane found a Mahan Air flight log documenting the aircraft’s flights after the transfer to Emtrasur, including a flight to Tehran in April, the Justice Department said.

The plane was carrying cargo for several Argentine auto parts companies that it loaded in Mexico before stopping in Caracas and arriving in Argentina.

The plane is also under investigation in Paraguay, where the plane landed in May and spent three days in Ciudad del Este, near the border with Argentina, where it loaded cigarettes to transport to Aruba, according to Paraguayan authorities.

There are suspicions the plane’s cargo was “a facade” that hid the real reason for its time in Paraguay, says René Fernández, a former prosecutor who leads Paraguay’s National Anticorruption Secretariat.

Villena said the plane’s stopover in Paraguay was “at least striking” and added that further investigation was needed. 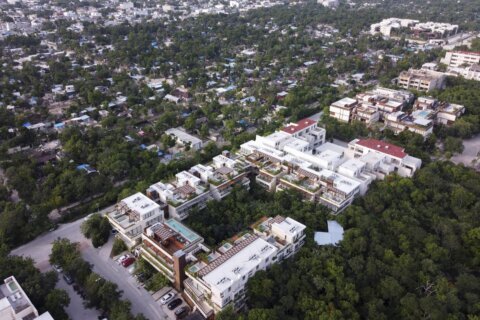