BUENOS AIRES (AP) — Paraguay Vice President Hugo Velázquez Moreno said Friday he will resign next week shortly after he was included on a U.S. corruption list for his alleged involvement in offering bribes to a public official.

The inclusion of Velázquez on the corruption list, announced by U.S. Ambassador to Paraguay Marc Ostfield Friday morning, rocked Paraguay’s political world not only due to Moreno’s role in President Mario Abdo Benítez’s administration but also because he is seen as a leading contender to become a presidential candidate for the Colorado Party in next year’s elections.

Minutes after Ostfield spoke at a news conference at the U.S. embassy in the Paraguayan capital of Asunción, Velázquez expressed his innocence but said he would drop his presidential candidacy and would present his resignation to Congress next week so he could defend himself against the allegations.

“It really hit me like a bucket of cold water,” Velázquez said during an interview with a local radio station. “I don’t know what he’s referring to because he didn’t give too many details.”

Juan Carlos Duarte, a former prosecutor who is a close personal and business associate of Moreno, was also included in the corruption list, Ostfield said.

Ostfield said Secretary of State Antony Blinken “received credible information” that showed how “at the request of Vice President Velázquez, Duarte, his close personal and professional partner, offered a bribe of more than $1 million to a public official.”

This offering of a bribe was “consistent with an apparent pattern of corrupt activity” and in this case it was carried out to “obstruct an investigation that threatened the vice president and his financial interests,” Ostfield said.

As a result of the designations, Velázquez, Duarte and their immediate family members will no longer be allowed to enter the United States.

Velázquez said he is “completely and totally” in the dark about the allegations detailed by Ostfield.

Paraguay’s vice president said he would resign because he wants to “go out like a common citizen to defend what I think is an injustice.”

President Mario Abdo Benítez said the U.S. allegations “surprised us all” but congratulated Velázquez for his quick decision to drop out of the presidential race and announce he would be stepping down as vice president.

“I congratulate him for his mature attitude in prioritizing the interests and the construction of credibility of our nation in announcing to the Paraguayan people that he will resign as a candidate and as vice president,” Abdo said.

In addition to his close relationship with Velázquez, Duarte is also legal counsel for the entity that runs the bi-national Yacyretá Dam that is jointly owned by Paraguay and Argentina.

“Duarte’s act of corruption abused and exploited his powerful and privileged public position within the Yacyretá Bi-National Entity, risking public confidence in one of Paraguay’s most vital economic assets,” the State Department said.

Duarte has been removed from his post at Yacyretá, Abdo said.

Ostfield emphasized that the designation “has nothing to do with politics” and Washington “will continue working closely with President Mario Abdo Benítez and his government in a variety of issues, including the fight against corruption, impunity and against money laundering and terrorism financing.” 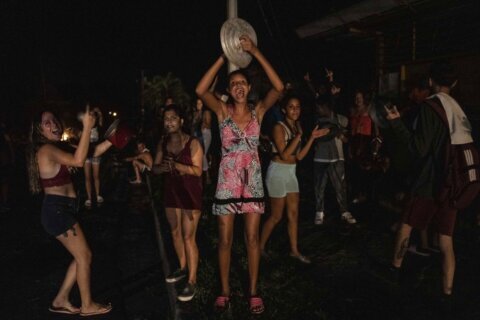 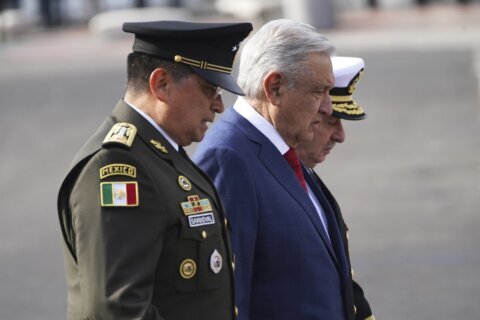