GUATEMALA CITY (AP) — When Guatemalan investigators raided the home of the alleged leader of a migrant smuggling ring in mountains near the Mexican border, they found some $51,000 in coins, nearly 100 slot machines and late-model vehicles purchased with cash.

They arrested David Coronado Pérez and nine others, three of whom were lawyers who allegedly helped him launder the money he made getting Guatemalans to the United States. Some $200,000 in cash, in addition to the coins, was also seized in the January raid. Coronado has denied the allegations.

Guatemalans are paying as much as $15,000 to get the U.S. and prosecutors are increasingly trying to track where that money goes as the illicit business evolves. While villages once had a local trusted “coyote” to guide migrants, now large smuggling rings rake in many hundreds of thousands of dollars a year.

In many cases, the investigations begin when a migrant’s death draws prosecutors’ attention.

Coronado became a target when 19 people, including 15 Guatemalan migrants, were killed and incinerated — allegedly by rogue Mexican police — near the U.S. border in January 2021. Coronado’s outfit is accused of smuggling them and his son Adán, allegedly their guide, was among those killed.

In November, federal agents dismantled a migrant smuggling ring in Nahuala, in western Guatemala, arresting five people and seizing $256,000. It is a mainly Indigenous area and among the country’s poorest.

One of the migrants that group had taken to the United States had been caught by U.S. Border Patrol. While he was in detention and out of contact, the smugglers took advantage and extorted more money from the family, telling relatives he had died and demanding more to get his body back. He was later deported.

“They not only bought the latest model vehicles, but also a bus they used to traffic people,” Campo said.

“When they buy new-model vehicles they do it with cash,” he said. By law, the seller is required to report the transaction to the bank and then the bank is supposed to report it. That is sometimes the start of their investigations.

In December, 55 migrants, including 40 Guatemalans, died when a semitrailer crashed in the southern Mexico state of Chiapas, an example of the smuggling’s scale. There have been no arrests in Guatemala so far, but the investigation continues.

Campo’s office also opened an investigation after smugglers abandoned a semitrailer on the outskirts of San Antonio, Texas, on a sweltering day in June Fifty-three migrants died, including 21 Guatemalans.

In February, weeks after the raid on Coronado Pérez, Guatemala’s Congress reformed the country’s immigration law, increasing the prison time for those smuggling migrants to 10 to 30 years from six to eight previously.

The reform was supposed to dissuade smugglers and cast the government of President Alejandro Giammattei, who has a strained relationship with the Biden administration over corruption, as a willing partner of the U.S. in managing migration.

Critics said at the time that increased prison sentences mean little if those responsible rarely make it to trial.

Police and federal agents raided a ranch in northern Guatemala near the Mexican border this month. With helicopters buzzing overhead, agents inventoried customized SUVs, guns, a swimming pool and horse stables, where they found a thoroughbred named Picasso valued at $100,000.

Felipe Diego Alonzo, the alleged ringleader arrested in that raid, said he was just an onion farmer who sometimes sold cars on the side. In that case too, it was the death of a migrant allegedly smuggled by Alonzo’s ring that attracted the attention of investigators, this time including the U.S. Department of Homeland Security.

Marta Raymundo Corio was found dead near Odessa, Texas, after being smuggled through Mexico in early 2021. Campo said the woman had died in a warehouse due to a lack of food and water and her relatives had asked authorities to determine what had happened.

Alonzo and three others were arrested at the request of the U.S. government, which is seeking their extradition.

The smuggling rings often use networks of relatives or close associates. Like many illicit endeavors, they pour their profits back into businesses in the darker corners of the economy that operate primarily with hard-to-trace cash — brothels, gambling, bars and loan-sharking.

“The majority of these structures launder money,” Campo said.

César Calderón, Coronado’s lawyer, said his client is innocent and that his slot machine business is legal, Coronado is a farmer, not a smuggler, and is himself a victim because his son was among those killed in Mexico, Calderon said.

But in court earlier this year, Campo said the tragedy, which included the deaths of five minors, had not stopped Coronado’s business.

“It was documented after this event that they trafficked two more groups that included three minors,” he said. 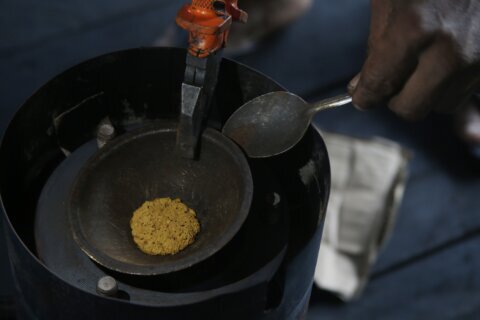