MEXICO CITY (AP) — One of Nicaragua’s leading national newspapers announced Thursday on its website that its staff had been forced to flee the country and would continue working from outside Nicaragua.

Nicaraguan authorities took control of La Prensa’s offices in August and arrested two of its employees earlier this month. Those arrests came after La Prensa reported on the expulsion nuns from the Missionaries of Charity established by Mother Teresa.

The government of President Daniel Ortega has moved repeatedly against independent press outlets, as well as shutting down more than 1,000 civil society organizations.

“The persecution by the Daniel Ortega regime intensified this month against the personnel of La Prensa newspaper and forced the outlet’s personnel flee the country,” the paper wrote. “Reporters, editors, photographers and other personnel were obliged to flee Nicaragua in an irregular manner in the past two weeks for their safety and freedom.”

Even though members of the newspaper’s staff were not in their homes in recent days, police and civilians arrived repeatedly and harassed their families, La Prensa said.

The paper said its people had to sneak across the border because they feared being arrested at formal border crossings. It did not say how many of its staff had left the country.

La Prensa, founded in 1926, is Nicaragua’s oldest newspaper. It was also forced to stop publishing a print edition last year after the government repeatedly held shipments of its newsprint.

The government did not immediately comment. Rosario Murrillo, Nicaragua’s vice president and first lady, as well as the government’s spokeswoman, did not make direct mention of the newspaper during an address Thursday.

Cristiana, Pedro Joaquín and Carlos Fernando are the children of former President Violeta Barrios de Chamorro and Pedro Joaquín Chamorro Cardenal, the former director of La Prensa who was assassinated in 1978.

“The forced exile of La Prensa personnel is another step toward closing any possibility of freedom of expression and the press,” the Nicaraguan Center for Human Rights said via Twitter Thursday. The government seized that organization’s offices in 2018.

Since massive street protests erupted in April 2018 and were eventually violently put down by government forces, Ortega’s administration has pursued any organizations it views as a threat. Ortega said the protests were an attempt to overthrow him with support from abroad.

La Prensa suffered censorship and temporary closures during the dictatorship of Anastasio Somoza and persecution during the Sandinista revolution that ousted Somoza. 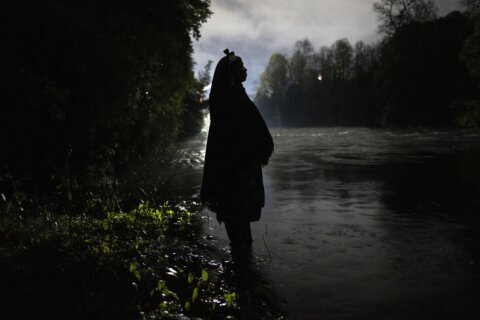 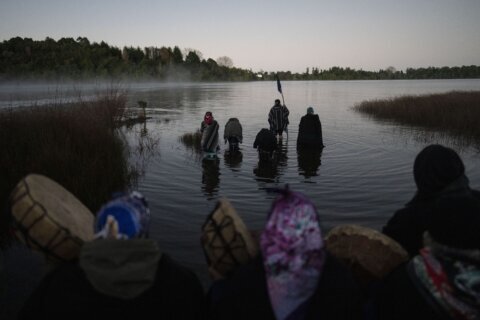