Fear up for Brazil’s heated election as party official slain

RIO DE JANEIRO (AP) — The killing of a leftist party official allegedly by a supporter of President Jair Bolsonaro is raising fears of an increasingly violent campaign ahead of October’s highly polarized elections in Brazil.

The mortally wounded Arruda, also a municipal guard and a staunch supporter of the candidacy of former President Luiz Inácio Lula da Silva, fired back and wounded his attacker, who is now in a hospital, authorities said.

The incident shocked many Brazilians, while politicians worried about the risks of violence involving supporters of both the far-fight Bolsonaro and the leftist da Silva, who was president in 2003-2010 and leads opinion polls for the presidential race. Bolsonaro himself was nearly killed by a would-be assassin during the 2018 presidential contest.

The National Bishops’ Conference, Brazil’s main Roman Catholic organization for the clergy, said in a statement that “the insanity that transforms a birthday party into a scene of violence and death should not be a reference.”

RAPS, a non-partisan group for political action, decried “the rising political violence” in Brazil and called on “leaders to act immediately.”

“We need to alert democratic institutions and public opinion about the need for more civic dialogue actions in this country. Political violence can no longer be tolerated in Brazil,” the RAPS statement said.

The president of Brazil’s Senate, Rodrigo Pacheco, said the killing was “a pure expression of this moment of a lot of political hatred, a lot of intolerance.” He urged Bolsonaro and da Silva to calm their supporters down.

The speaker of the Chamber of Deputies, Arthur Lira, made a similar plea.

The singer Anitta, one of Brazil’s most popular entertainers and a frequent critic of Bolsonaro’s since he took office in 2019, surprised many by saying Arruda’s killing had convinced her to vote for da Silva, who is called Lula by most Brazilians. Many of her young fans expressed a similar opinion on social media.

“I do not support the Workers’ Party, I never did. But this year I will be with Lula,” Anitta said on Twitter. “If there were not a death in this case of the Lula supporter being killed by a Bolsonaro supporter I would say these people’s stupidity is funny. It is not. It is scary.”

Da Silva said on Twitter on Monday that Brazil needs “to regain normalcy” and blamed Bolsonaro’s anti-left rhetoric for the incident.

Bolsonaro said he opposes any act of violence, though he did not discuss the alleged involvement of his supporter in Arruda’s slaying. He has repeatedly accused the left of stoking political violence.

Gleisi Hoffmann, leader of the Workers’ Party, struck out at those on the right by lamenting “a tragedy resulting from the intolerance of those people.” She shared several photos of Arruda, a father of four, at his birthday party wearing a black T-shirt with an image of da Silva. Many other tributes followed on social media.

Carlos Melo, a Sao Paulo-based political science professor at Insper University, said Arruda’s killing has a chance to cool political vehemence and quell political violence, but he warned it could make violence the new normal in the current presidential campaign.

Melo said he thinks the slaying will hurt Bolsonaro, who has rallied his supporters by painting his campaign as a fight of good vs. evil but ultimately cannot control their actions.

“This violence in Brazilian politics didn’t start on Saturday. Lula’s bus was fired at in 2018, Bolsonaro was stabbed that year, other smaller incidents have taken place since,” Melo said in a phone interview.

“What is different now is that this is a killing, and Bolsonaro will be watched more closely so we know whether he can control his radicals or not. That is an open question now.” 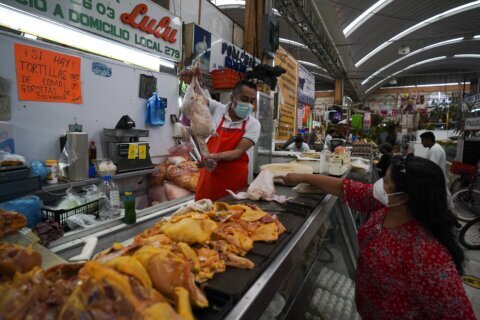