Letters sent to García Márquez to be shown in Mexico City

MEXICO CITY (AP) — While reviewing the photo archives left by Nobel Prize-winning Colombian author Gabriel García Márquez, one of his granddaughters came across a mysterious plastic box with the word “grandchildren” written on its label.

At first, Emilia García Elizondo was afraid to open the box but curiosity overcame her. Inside were 150 unpublished letters that he received from Chilean poet Pablo Neruda, former U.S. President Bill Clinton, Cuban President Fidel Castro and actor Robert Redford, among others.

Forty of the letters will be exhibited for two months starting June 16 in the colonial house in the southern part of Mexico’s capital where García Márquez lived with his wife, Mercedes Barcha, from the 1980s until his death in 2014.

The exhibition is part of celebrations for the 40th anniversary of his winning the Nobel literature prize. Another event, which includes the exhibition “Gabriel García Márquez: The Making of a Global Writer,” will open June 18 in Mexico’s Museum of Modern Art.

“I’m 32 years old and all this continues to impress me,” García Elizondo, who is director of the García Márquez foundation, told The Associated Press, describing her shock at finding the box in a cabinet on the second floor of her grandparents’ house. She had passed the cabinet many times wihtout paying much attention to it.

García Márquez’s granddaughter said the discovery was a surprise for the family because they thought all his letters and personal correspondences were in the Harry Ransom Center at the University of Texas at Austin, which possesses the largest collection of the writer’s documents.

“One never expects to find this kind of thing even though one already knows who Gabo is … I will always think that Gabo does everything like magic,” she said. García Márquez is know affectionately in Latin America as Gabo.

In one of them, dated Dec. 28, 1999, Clinton told the Colombian writer the emotion he and his wife, Hillary, felt at a concert of Colombian vallenato music given by young people at the White House. He described the music as a “treasure” and a “wonderful counterpoint to the negative images often associated with your beautiful country.”

Also included is a letter that Castro wrote by hand, dated Dec. 10, 2007, in which he writes: “I am subject to a rigorous exercise regimen that I must not fail to comply with if I intend to continue being useful to the revolution.”

“That’s why we do these kinds of activities. We want to keep this house alive,” he said. 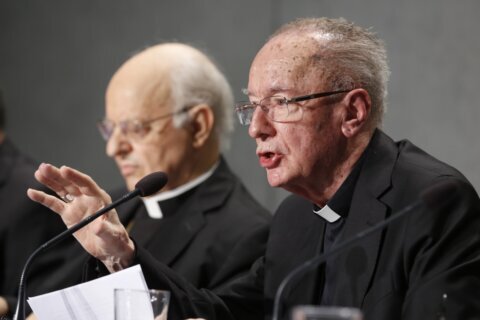