CLEVELAND (AP) — A onetime ally of the late Venezuelan President Hugo Chávez pleaded guilty in Miami on Thursday for taking $3.8 million in bribes in exchange for steering lucrative oil contracts from foreign-owned joint ventures to officials in Venezuela’s socialist government and military.

Jhonnathan Marín served as mayor of the port city of Guanta for nearly a decade until 2017, when he abruptly resigned and fled Venezuela amid a major purge at state-run oil giant PDVSA. The government of Chavez’s successor, Nicolás Maduro, later ordered his arrest on corruption charges and banned him from running for public office.

He quietly surrendered in Miami in April on a single count of conspiring to commit an offense against the U.S., a lesser charge that carries a maximum term of five years in prison. He was released the same day on a $100,000 bond, according to court records.

As part of the plea agreement signed Thursday, he agreed to cooperate fully with federal agents investigating widespread corruption inside Venezuela.

According to a statement accompanying the plea agreement, Marín admitted that he took $3.8 million from an unnamed co-conspirator to use his position to influence officials at PDVSA joint ventures with Chevron as well as firms from Europe, Russia and China.

Some of the proceeds of the bribery scheme were then transferred into bank accounts in South Florida for the benefit of Marin, his family and others. The illegal funds were used in part to purchase property in South Florida and the use of private jets.

There’s no indication in the complaint that any of PDVSA’s foreign partners participated or were even aware of the bribery scheme.

But between 2015 and 2017, Marin directed the head procurement officer at Petrocedeno — an oil company then owned by PDVSA with France’s Total and Norway’s Equinor — to award tens of millions of dollars in contracts to companies belonging to his unnamed co-conspirator.

Marín, 43, was an early adherent to Chávez’s Fifth Republic Movement and in 2008 was elected mayor of Guanta, a city at the gateway to the Orinoco Oil Belt, home to the world’s largest oil reserves and about half of Venezuela’s current production.

He is being represented by Michael Nadler, a former federal prosecutor in Miami who made a name for himself targeting corruption in Maduro’s inner circle. 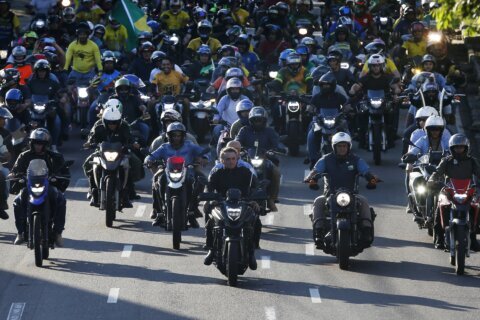 Bolsonaro’s reelection hopes dim unless he wins over women