Chile meets controversy in remaking the role of first lady

SANTIAGO (AP) — Chile’s new left-leaning government is doing away with the office of the first lady in an effort to transform a role that both the president and his partner have characterized as archaic.

The first lady will now be known as the “sociocultural coordinator of the republic’s presidency,” the government said in a news release Wednesday.

The administration of President Gabriel Boric got to that title after having to backtrack on an effort to give the role a makeover by declaring the office once known as “the first lady’s Cabinet” would be changed to “Irina Karamanos’ Cabinet,” using the name of the president’s partner.

The move, which became public Tuesday, quickly drew accusations from many members of the opposition that the government was trying to personalize an institutional role in the government.

The government’s spokesperson, Camila Vallejo, said the change amounted to an “administrative error” and the reference to “Irina Karamanos’ Cabinet” was removed from the executive’s website Wednesday morning.

“Our main interest is to move forward with our commitment to transform the role,” Karamanos wrote on Twitter explaining the change.

Both Boric, who at 36 was sworn is as Chile’s youngest-ever president in March, and Karamanos had publicly talked about their desire to remake the first lady’s office.

In January, Karamanos said she agreed to take on the role “traditionally called first lady, with the commitment to reformulate it.” 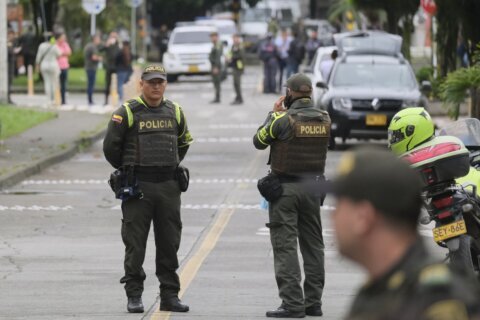