The roundups, begun in late March after a spike in homicides, have resulted in the arrest of over 22,000 presumed gang members.

But as of May 1, only 10,885 of them have been ordered held pending trial. The government has decreed a state of emergency that extends to 15 days the time that someone can be held without charges.

Rights groups have criticized the measures, saying arrests are often arbitrary, based on a person’s appearance or where they live. Police have also reported being forced to meet arrest quotas.

In late April, El Salvador’s congress voted to grant a request by President Nayib Bukele to extend the anti-gang emergency decree for another 30 days.

The original 30-day state of emergency restricts the right to gather, to be informed of rights and have access to a lawyer.

“A growing amount of evidence indicate that Salvadoran authorities have committed serious human rights violations since the emergency decree was approved” on March 27, according to a report by Human Rights Watch and the Cristosal Foundation.

“We have found evidence of arbitrary detentions of innocent people, who have in some cases been disappeared for short periods of time, as well as alarming cases of deaths while in custody,” said Tamara Taraciuk Broner, the acting Americas director for Human Rights Watch.

The two groups documented two cases where people died in policy custody, and found press reports of three other cases.

And the decree has almost certainly added to dangerous overcrowding in Salvadoran prisons, which were already at 136% of capacity in December. The government has pledged to build more prisons, but that will take time.

The emergency decree came after a spate of homicides in late March, when gangs were blamed for 62 killings in a single weekend, a level of violence the country of 6.5 million people has not seen in years.

Bukele has also established a raft of other measures. Among other things, they lengthened sentences, reduced the age of criminal responsibility to 12.

El Salvador’s congress has authorized prison sentences of 10 to 15 years for news media that reproduce or disseminate messages from the gangs, alarming press freedom groups.

Gang members held at Salvadoran prisons have been put on reduced food rations, denied mattresses and frog-marched around.

Bukele has unashamedly filled his social media platforms with photos of handcuffed and bloodied gang members. At the same time, he has lashed out at human rights organizations and international agencies critical of some measures.

Gangs control swaths of territory through brutality and fear. They have driven thousands to emigrate to save their own lives or the lives of their children who are forcibly recruited. 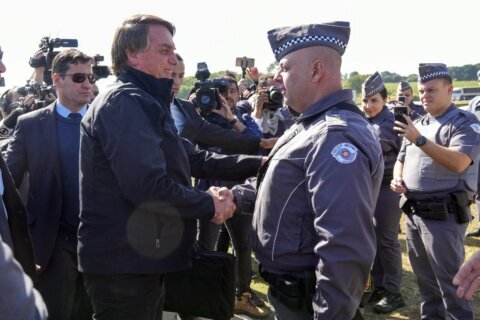 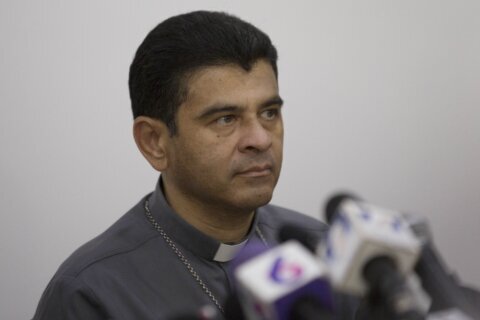