RIO DE JANEIRO (AP) — Brazil’s Supreme Court on Wednesday rejected a complaint filed by President Jair Bolsonaro in which he accused a justice of abusing his authority, marking the latest escalation of confrontations between the far-right leader and the top court.

Bolsonaro filed a complaint on Monday targeting Justice Alexandre de Moraes, who is overseeing an investigation to determine whether some of Bolsonaro’s most ardent allies are running a social media network aimed at spreading threats and fake news against Supreme Court justices.

In his complaint, Bolsonaro accused de Moraes of slow-walking the fake news inquiry and hurting his image in an electoral year.

Supreme Court Justice Dias Toffoli denied the request, arguing that the facts described “do not bring evidence, even minimal,” of a crime.

The complaint has broader political context as well: De Moraes will preside over the nation’s electoral authority in the upcoming election, when Bolsonaro will seek a second term, and the president has repeatedly raised questions about whether the vote will be fair.

Bolsonaro began showing animosity to the Supreme Court after the opening of the so-called fake news investigation in 2019. Early in the pandemic, he openly feuded with the court when justices ruled that mayors and governors – and not the president – have jurisdiction to determine restrictions to slow the virus’s spread.

Bolsonaro was a fierce opponent of lockdowns and other restrictions. Last year, he requested the Senate move to impeach de Moraes and threatened to disregard any of the justice’s rulings.

“Either the (fake news) inquiry is being unjustifiably extended to the detriment of those being investigated, since after more than thirty-six months there is not even a partial report of the investigations. Or, there are partial reports and justifications for proceeding with the inquiry that are being hidden from the defense (attorneys),” the complaint stated.

Critics of the Supreme Court have accused it of judicial overreach and of being overly political. In the case of the so called fake news inquiry, some argue that the court doesn’t have the jurisdiction to open such a probe.

Diego Werneck Arguelhes, an associate professor of law at the Insper Institute for Education and Research, said it was highly unusual for the court to open an investigation by itself.

The court’s chief justice, Luiz Fux, contested such allegations on Wednesday, saying it was politicians who “provoked” the judiciary. “There is a false impression … that the Supreme Court is invading the sphere of other powers. It is quite the opposite,” Fux said at the launch of a new initiative to fight fake news during the election.

Bolsonaro’s lawyer also questioned the justification for including the president as a target of the investigation. Bolsonaro was included after organizing a live broadcast on social media in which he contested the reliability of electronic voting machines. He has repeatedly sown doubt about the voting system, though never presented any evidence of fraud.

After the Supreme Court rejected his complaint, the local newspaper O Globo and other media reported that Bolsonaro had filed a similar complaint with the Attorney General’s Office asking for an investigation of Moraes. The office was not available to confirm that report. 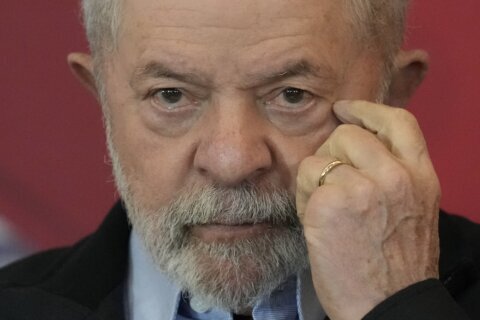