RIO DE JANEIRO (AP) — Brazilian environmental and Indigenous organizations, together with some companies, are urging the United States to come through with promised funding for forest protection and deal directly with people who live in the forest, have protected it and, they say, “are directly affected by the escalating deforestation.”

More than 330 organizations and companies signed a letter released late Monday ahead of a hearing scheduled for Thursday in the U.S. House Foreign Affairs Committee to discuss a bill introduced in November by House Majority Leader Steny Hoyer. The bill, known as Amazon21, would create a $9 billion fund administered by the U.S. State Department to finance forest conservation and natural carbon absorption in developing countries.

In the letter, the signatories say passage of the measure would be a sign that President Joe Biden is keeping a pledge he made last year at the international climate conference in Glasgow, Scotland, to contribute up to $9 billion to fight deforestation. Hoyer introduced Amazon21 following the pledge.

The bill’s chances for passage in the U.S. Senate as well as the House are uncertain as the Congress and Biden administration focus on military support for Ukraine and domestic elements of Biden’s climate agenda remain stalled. Still, the letter notes that the bill targets a main source of greenhouse gas emissions.

Brazil holds about two-thirds of the Amazon rainforest, the world’s largest such tropical forest and an enormous carbon sink. There is widespread concern that its deforestation will release massive amounts of carbon into the atmosphere, further complicating hopes of arresting climate change. Worse, that could push it past a tipping point after which much of the forest will begin an irreversible process of degradation into tropical savannah.

Signatories of the letter include the Brazilian Coalition on Climate, Forests and Agriculture, an enormous umbrella organization with members ranging from WWF Brazil to the giant meat producer JBS. The Coordination of Indigenous Organizations of the Brazilian Amazon also signed on.

The signers say they want the bill to ensure “transparent and straightforward financing” that deals directly with Indigenous people and others who traditionally have conserved the forest and whose livelihoods are directly affected by forest felling.

The State Department usually manages relationships on a nation to nation basis, but Amazon21 specifies there can be forest agreements with “subnational” actors.

“There are many ways to do international cooperation,” André Guimarães, a spokesperson for the coalition, said by phone. “You can make a check to a partner government, create a financial mechanism that supports initiatives and projects, work with subnational governments or create financial mechanisms.”

The question of who would control the funds is sharper now in Brazil because the current administration of President Jair Bolsonaro supports neither protection for the Amazon rainforest nor indigenous autonomy. During his presidency, Amazon deforestation hit a 15-year high, which followed a 22% jump from the prior year, according to official data published in November. The Brazilian Amazon lost an area of rainforest roughly the size of the U.S. state of Connecticut in just the 12 months preceding July 2021.

Guimarães said the letter is not a reaction to far-right Bolsonaro, whose environmental policies have received extensive criticism. But he indicated Bolsonaro would take a dim view of the fund, having referred in the past to imperialist forces trying to take over the Amazon.

In 2019, during his first year in office, Bolsonaro also undermined the largest international cooperation effort to preserve the Amazon rainforest, the Norwegian-backed Amazon Fund, by dissolving the steering committee that selects projects to finance.

That fund was designed so that the more Brazil reduced deforestation, the higher the donations. Norway provided more than 90% of the money, some $ 1.2 billion.

Since then, the Amazon Fund has supported only projects approved before Bolsonaro was elected. Norway and Germany have stopped contributing. 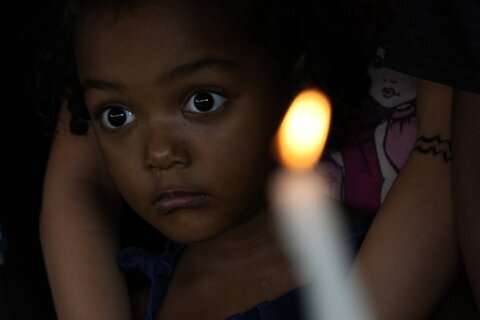