MEXICO CITY (AP) — Authorities in northern Mexico said Wednesday that six migrants were killed and 25 were injured after a bus they were riding in plunged through a guardrail and down an embankment.

It was the latest in a series of deadly crashes and drownings of migrants in the last week.

The civil defense office in the northern state of San Luis Potosi said those injured in the bus crash included a six-month-old baby and an 8-year-old child.

The office said that all of the victims “are migrants from Honduras, El Salvador and Cuba.” Prosecutors said the dead included four women and two men, but their nationalities were not immediately clear.

Local media reported the bus had departed from an area near Mexico City and was heading toward the U.S. border. Photos from the scene suggested the bus had flipped onto its side.

The accident occurred on a highway just outside the state capital, also known as San Luis Potosi.

Immigrants activists say crackdowns on migrant crossing have led some to use riskier routes to the U.S. border.

On Tuesday, authorities in the Gulf coast state of Veracruz said six migrants drowned off Mexico’s Gulf coast and one was still missing. Apparently, all were from Honduras; smugglers sometimes take migrants in open boats across the Gulf to avoid highway immigration checkpoints.

Four migrants, also Hondurans, were pulled alive from the ocean by rescuers after their 25-foot open boat apparently capsized off the coast.

In another incident, immigration officials said this week that a migrant father and his 7-year-old son were found dead in the Suchiate River, which marks the border between Mexico and Guatemala.

Mexico’s national immigration institute said the 36-year-old man and his son were from El Salvador.

Migrants frequently wade, swim or take rafts and boats to cross the border river into Mexico during their attempts to reach the U.S. frontier.

Mexican officials have tightened border inspections along the Guatemalan border, but tens of thousands of Central Americans still make it across, often with the aid of smugglers.

On Saturday, four migrants died and at least 16 were injured in a traffic collision in a town not far from the Guatemala border. The migrants were being transported in the back of cargo truck in the township of San Juan Chamula, just north of the tourist city of San Cristobal de las Casas.

The prosecutor’s office did not identify the nationality of the dead men, but said the injured included nine people from Honduras, four from Guatemala, a Nicaraguan and an Ecuadorian, as well as one person whose nationality was not clear.

A much larger truck carrying migrants overturned on a highway near the city of Tuxtla Gutierrez in December, killing at least 56 people. 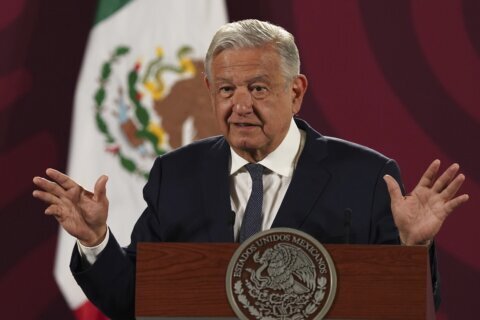 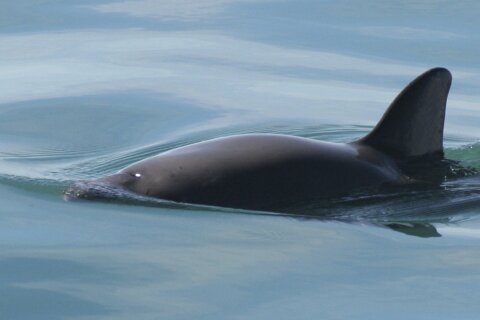