MEXICO CITY (AP) — The haunting story of a young woman left on the side of a highway late at…
Listen now to WTOP News WTOP.com | Alexa | Google Home | WTOP App | 103.5 FM

MEXICO CITY (AP) — The haunting story of a young woman left on the side of a highway late at night in northern Mexico ended in sorrow, with her decomposing body found in a subterranean water tank at a motel.

Assistant Public Safety Secretary Ricardo Mejia said Friday that the woman’s body — apparently unrecognizable after what may have been nearly two weeks in the water — had a crucifix necklace and clothing that Debanhi Escobar was wearing the night she disappeared.

Despite what authorities in the border state of Nuevo Leon described as a massive search for her, the story ended the way it often does in Mexico: when her body was found by local people.

“The alert was sounded by hotel workers, because of the fetid odors coming from the area,” Mejia said.

State prosecutors later said they had confirmed the body was Escobar’s.

Escobar’s case made headlines because of a haunting photo taken by a driver who was supposed to take her home that night. It was not clear why she got out of the car, but her father, Mario Escobar, said prosecutors told him that surveillance camera footage suggested the driver inappropriately touched his daughter.

“I suppose that my daughter did not put up with the harassment,” the father said. The driver has been questioned, though his full name has not been released. Mario Escobar said while the driver may not have killed her, he was responsible for his daughter’s death.

The driver, who worked for a taxi app, took the photo to show Debanhi, 18, got out of his car alive April 8 on the outskirts of the city of Monterrey. There she was, a young woman standing alone at night on the side of a highway, wearing a skirt and high-top sneakers.

The image seemed to speak of the tremendous vulnerability, and the self-assuredness — or desperation — of the young woman.

Nobody saw her until late Thursday, when investigators managed to pull her body from the 12-foot (4-meter) deep water tank near a pool at the roadside motel.

Mario Escobar said “The prosecutors didn’t do their job correctly.”

President Andrés Manuel López Obrador said Friday the case “has caused, logically, a lot of worry, a lot of concern” among Mexicans.

Critics are disturbed by the fact that even when authorities are spurred to act by public outcry, investigations are seldom very timely or efficient.

During the week that investigators said 200 personnel used drones, search dogs and reviews of security camera footage to look for Debanhi, her body was actually lying not far from where she had been last seen.

Killings of women have increased in recent years in Mexico, rising from 977 cases in 2020 to 1,015 in 2021. And those were just cases classified as “feminicides” a legal term used in Mexico when women are killed because of their gender. Killings of women overall are much higher.

Disappearances of women are also high, with about 1,600 reported missing so far this year. Officials say 829 of them are still listed as missing, and 16 were found dead.

Just before Debanhi Escobar disappeared, another women was slain in Monterrey, Maria Fernanda Contreras, 27. A suspect — apparently, a friend or acquaintance of the woman — has been arrested.

During the week authorities were searching for Escobar, local media reported that the bodies of five other women and girls had been found in the state. The victims had all been reported missing around the same time as Debanhi. Four were 16 or younger.

Later, the head of the state Search Commission, Mary Balderas, said the reports were wrong. She said all five young women had been found alive.

Angelica Orozco, who leads the relatives’ group United Forces for Our Disappeared in Nuevo Leon state, said the problem is not only that authorities are slow to investigate and do it badly, but that they also tend to blame the victims.

“The first thing is that they don’t carry out diligent investigations or searches, and the second thing are the statements issued by authorities, in some cases linking them to illegal activities,” Orozco said.

She was particularly disturbed when the Nuevo Leon state prosecutor, Gustavo Guerrero, said Thursday that most women disappear voluntarily, or as an act of “rebellion.”

“The main reason for the disappearances of women is because of a lack of communication with their families, because of disputes with them, because of the rebellion of young people,” Guerrero said. “The range of age of most of the women who disappear is from 14 to 25, but it’s not due to a crime, but rather is a voluntary situation.”

That view was disputed by Maria de la Luz Estrada of the activist group National Feminicide Observatory, who said it has become a depressing pattern that when women disappear, they turn up dead.

“It’s very serious and lamentable,” Estrada said of Escobar’s case, “but that has been the pattern in recent years, disappearances become crimes like feminicide.”

Nor is the problem limited to Nuevo Leon. Authorities in another border state, Sonora, have so many disappeared women — and men — that state prosecutors there announced they are sending mobile labs to three cities “to collect mass DNA samples” from relatives of the missing to help identify bodies found there. 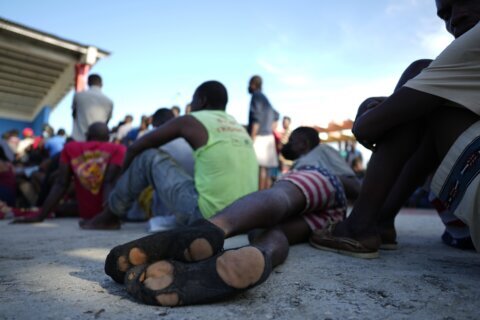 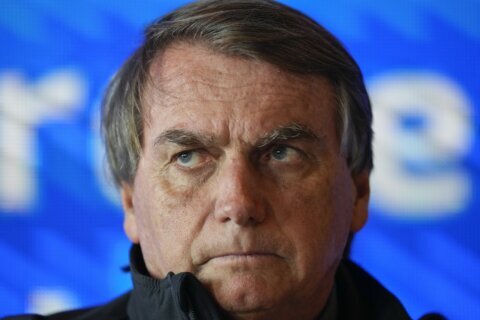