Vaccination of Brazilian children between the ages of 5 and 11 will begin in January, without the demand for prescriptions from doctors the government had previously signaled, officials from the health ministry announced Wednesday.
Listen now to WTOP News WTOP.com | Alexa | Google Home | WTOP App | 103.5 FM

BRASILIA, Brazil (AP) — Vaccination of Brazilian children between the ages of 5 and 11 will begin in January, without the demand for prescriptions from doctors the government had previously signaled, officials from the health ministry announced Wednesday.

The government’s guidelines come almost three weeks after the health regulator authorized use of Pfizer’s shot for children, setting off backlash from none other than President Jair Bolsonaro. After sowing doubt about the efficacy of the vaccine and refusing to be vaccinated himself last year, in recent weeks the president staked out a position opposing vaccines for kids and warning of possible side effects.

A study released in late December by U.S. health authorities confirmed that serious side effects of the Pfizer vaccine in children ages 5 to 11 are rare. The results were based on approximately 8 million doses dispensed to youngsters in this age group.

Taking a cue from Bolsonaro, his health ministry last month published an online questionnaire about the issue, and some of the president’s supporters also leery of the vaccine actively engaged on messaging apps trying to pressure people to swing the results.

They failed: the majority of the survey’s almost 100,000 participants opposed the need for a doctor’s script, a health ministry official said in a public hearing on Tuesday, without providing figures. Speaking to reporters Wednesday, Minister Queiroga also didn’t disclose what percentage of respondents opposed prescriptions.

“With regard to the prescription, a public consultation was done. We heard society, specialists,” said Queiroga. “It isn’t backtracking; it is part of the decision-making process. A recommendation has been made.”

Other countries, such as the U.S., Germany, France, Argentina and Chile are already vaccinating their children.

It had been unclear whether Brazil’s health ministry could impose a demand that children obtain a prescription for vaccinations; most Brazilian states’ health secretariats openly said they would defy such an order. Although the ministry stopped short of issuing such a directive, its official in charge of fighting COVID-19 still said parents should seek out medical opinions.

“It is essential that parents consult a doctor. Why? Children in this age group are developing and we have some adverse effects. At this age, care should be greater,” said the official, Rosana Leite.

The announcement came one day after a small protest in opposition of vaccinating children outside the Pan American Health Organization’s office in capital Brasilia, where children held signs reading “I’m not a guinea pig.” Inside, members of medical societies and experts participated in a public hearing promoted by the government to debate the issue, most of whom reinforced the safety of the vaccine. Pfizer’s director in Brazil, Marjorie Dulcine, stated several times: “The vaccine isn’t experimental.”

Bolsonaro, for his part, has characterized vaccination as an issue of personal choice rather than a means for ensuring the common good. He has repeatedly claimed, incorrectly, that he’s immune to the virus because he already contracted it in 2020. At least 16 of his 22 ministers have been vaccinated, along with his political children and his wife. Bolsonaro has said he won’t let his 11-year-old daughter be vaccinated.

Last month, he said he would name and expose the public servants who issued the approval of the Pfizer shot for children, prompting a union representing health agency workers to express concern about online abuse or even physical attacks.

In Rio de Janeiro on Wednesday, a group of people demonstrated in favor of vaccinating children. 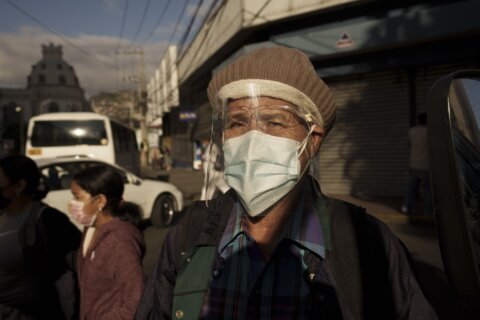