Sunday’s elections also were tainted by the disqualification of opposition contenders and the death of a voter in a shooting near a polling station, the EU group said in presenting preliminary findings after observing the contests across the South American nation.

The group was made up of members from European Union countries plus Norway and Switzerland who were deployed across Venezuela for the regional contests won overwhelmingly by pro-government candidates.

“The regional and municipal elections of November 21 were a first and crucial test for the return of most of the opposition parties to the elections in Venezuela,” said the group’s initial report, presented in the capital of Caracas. “The electoral process showed the persistence of structural deficiencies, although electoral conditions improved compared to the three previous national elections.”

Venezuela’s main opposition parties Sunday participated in elections for the first time since 2017. But regardless of who won or lost, many saw the election as a test of the country’s electoral system — long discredited by irregularities, including decisions by the National Electoral Council to disqualify parties and some of the most popular opposition candidates.

The European Union, motivated by formal negotiations between representatives of President Nicolás Maduro and his adversaries, earlier this year accepted the invitation of Venezuelan officials to send election observers, satisfying an opposition demand. But those talks were suspended last month.

About 8.15 million of the country’s 21 million registered voters cast ballots in more than 3,000 contests, including gubernatorial and mayoral races.

The EU report, presented to reporters by mission chief Isabel Santos, highlighted a series of irregularities affecting the level playing field to compete in elections.

Election anomalies cited included delays in opening and closing voting centers, preferred access for pro-government candidates for gasoline — for which most Venezuelans typically wait hours in long lines despite the country’s status as a major oil producer — disproportionately favorable coverage for the ruling party on state television and the use of free food and other goods as political tools.

The observers also said they witnessed the set up of so-called red checkpoints, tents used by the ruling party to control voters. The checkpoints near polling sites are typically run by ruling-party allies who ask people to see the cards they get from the government to receive food and other assistance.

“Throughout the country, except in the state of Amazonas, an abuse of the assisted vote was observed,” according to the EU report, which also stated that one voter died and two were injured in the shooting outside a voting center the western state of Zulia. The observers were present at 665 voting centers in the country’s 23 states and in the capital district.

Venezuela’s National Assembly, with a pro-Maduro majority, in May appointed two well-known opponents as members of the National Electoral Council’s leadership — including an activist who had been imprisoned over accusations of participating in actions to destabilize the government. It marked the first time since 2005 that the Venezuelan opposition has more than one member on the board of the five-person electoral body.

Santos characterized the council as “the most balanced of the last 20 years.”

The observers said they will present an in-depth report early next year.

In August, representatives of Maduro’s government and allies of U.S.-backed opposition leader Juan Guaidó began a formal dialogue, guided by Norwegian diplomats and hosted by Mexico, to find a common path out of their country’s political standoff.

By the end of that month, the opposition’s decision to participate in the election was announced. Maduro’s representatives for months had also had behind-the-scenes talks with allies of former opposition presidential candidate Henrique Capriles.

Those talks were suspended following the extradition from Cape Verde to the U.S. of a key Maduro ally last month to face a money laundering charge.

Maduro, after Sunday’s preliminary election results were released, called on winners and losers to participate in “political dialogue.” Earlier, however, he had said the formal dialogue with the opposition cannot resume at the moment.

Santos on Tuesday said fair elections and formal dialogue are necessary for the country’s future.

“Only Venezuelans and no one else in a process of comprehensive legal dialogue can decide the future of their country,” she said. 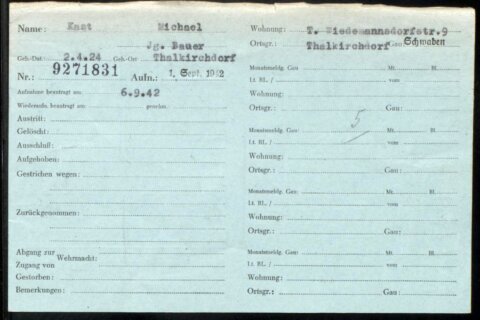