SAN SALVADOR, El Salvador (AP) — Combined patrols of soldiers and police fanned out across El Salvador’s capital Thursday after a spate of killings left about 30 people dead in two days.

El Salvador’s homicide rate had dropped sharply from the violent days of the mid-2010s, when 15 or 20 killings a day were routine in the Central American country of 6.5 million people.

President Nayib Bukele ordered troops into the streets of San Salvador, where they used armored cars to block the exits of some poor neighborhoods, while police went door to door searching for members of the country’s notorious street gangs.

Bukele wrote in his Twitter account that “we know there are dark forces who are working to return us to the past, but this administration is not going to allow it.”

El Salvador’s homicides have declined sharply since 2015, when more than 6,000 people were killed. But the country continues to have one of the world’s highest homicide rates, in large part due to gang violence.

Prior to this week, El Salvador had been averaging 3.8 homicides a a day. Before Bukele took office in 2018, the average was 9.2 killings a day.

The leader of Bukele’s New Ideas party in Congress, Rep. Christian Guevara, said in an interview with state-run television that the gangs and “dark powers” were angry about Bukele’s proposed foreign agents law.

That law would ban foreign donations or funding for any non-governmental groups carrying out political activity in El Salvador. Bukele sent the bill this week to Congress, where his New Ideas party is dominant and is expected to pass the law.

The president accuses civic groups of helping organize protest marches against his government.

Groups that promote government transparency and accountability say Bukele has drawn the protests on himself by weakening democracy and the separation of powers.

Under the law, civic groups “responding to the interests, being controlled or financed, directly or indirectly by a foreign principal” would have to register as a “foreign agent,” report their donations and activities and pay a 40% tax on funds received from abroad.

Nonprofit organizations in El Salvador are already required to report all of their donations to the government.

Bukele said the legislation is modeled on the U.S. Foreign Agents Registration Act. 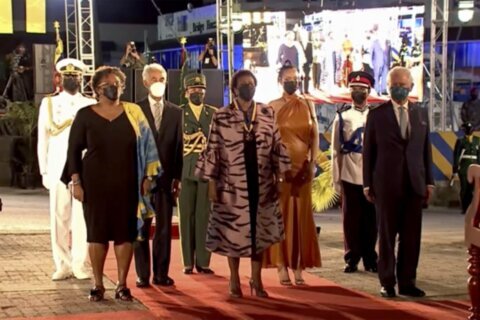 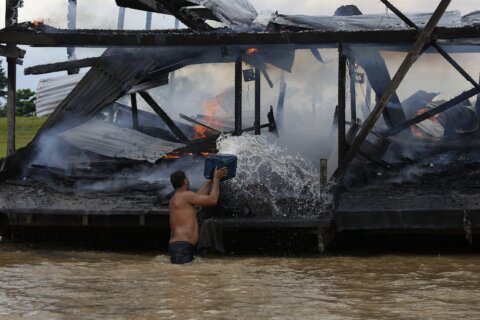