MEXICO CITY (AP) — Poorly welded, badly located and completely missing studs that joined steel support beams to a concrete layer supporting the track bed were to blame for the May 3 collapse of an elevated segment of Mexico City’s metro that killed 26 people, experts concluded in a report released Tuesday.

The Mexico City government hired Norwegian certification firm DNV to find the causes of the deadly accident. The final report arrived at similar conclusions as the firm’s preliminary report in June.

The sloppy installation of the studs created a situation where the elevated structure was working as “two independent parallel beams, a concrete beam and steal beam, that experienced loading conditions for which they were not designed,” the report said. That distorted the framework, leading to “fatigue cracks” that reduced the structure’s ability to bear weight.

Other possible factors included deficiencies in the beams themselves and the design of the framework, the report said.

The $1.3 billion Line 12 of Mexico City’s metro system was built between 2010 and 2012 when current Foreign Affairs Secretary Marcelo Ebrard was the capital’s mayor. Ebrard is seen as one of the likely contenders to succeed President Andrés Manuel López Obrador.

The project was plagued by cost overruns and alleged design flaws, corruption and conflicts of interest.

The city was forced to close the line in 2014, just 17 months after it was inaugurated, so tracks could be replaced or repaired. 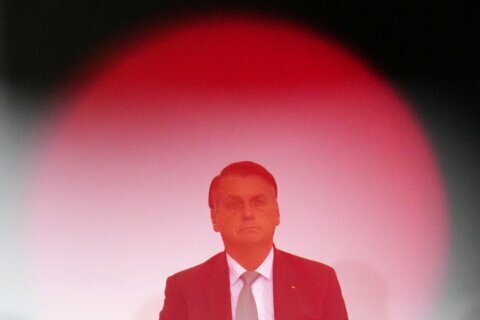