Coronavirus News: Fairfax Co. votes to increase substitute teacher pay | Is it time to get a COVID-19 booster? Which one? | Local cases of COVID-19 | How many in DC region are vaccinated?
Home » Latin America News » Bodies of 9 suspected…

PANAMA CITY (AP) — Nine bodies of suspected migrants have been found near a remote community in the Panamanian jungle close to the border with Colombia, local prosecutors said Friday.

The bodies, including one child, were found near the Tuqueza and Canaán Membrillo rivers in the Emberá Wounaán indigenous region, according to the Darien province prosecutor’s office.

Chief prosecutor Julio Vergara said he believes they may be immigrants because a Haitian woman told authorities that on the Tuqueza river heavy rains had produced high waters that had swept away about nine people, who had remained missing.

The recovered bodies did not have identification documents, the office said in a statement. It added that so far this year, the bodies of 41 migrants had been found along rivers in the jungle spanning the dangerous Darien Gap that connects Colombia and Panama.

Thousands of Haitian migrants travel through the Darien Gap as they move from South American countries, including Brazil and Chile, north to the United States border. 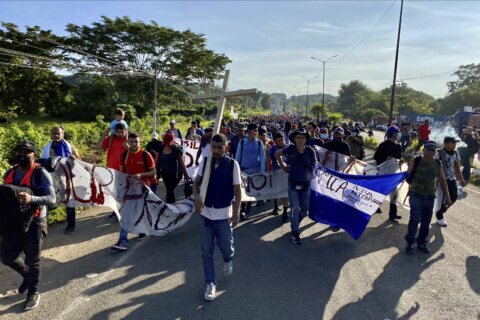